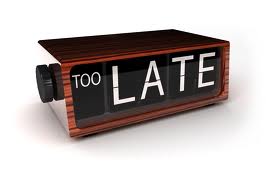 Itās only been a couple of weeks since the California Court of Appeal first issued and soon after published the courtās opinion in the case brought by Mr. Thomas Glaski, and already there is no question that the decision is having a significant impact on how foreclosure defense attorneys and homeowners, both in California and elsewhere, are planning to proceed in light of the landmark decision.

And I wouldnāt be surprised to learn that even some banking industry lawyers have started worrying about how often, when it comes to foreclosures, it may be later than they think in some regards… pun intended.

Well, the truth of every situation is always something less than the hype, and the Glaski decision is no exception to that rule.Ā  Not that the decision isnāt potentially positive for some homeowners… but most would agree that itās way too early to close off the streets and schedule the parade.

Okay, so enough with the meaningless metaphors and moderately clever comparisons… if you want to learn about what happened to Mr. Glaski, how his case went in the lower court… and how it ended up going his way in the Court of Appeal… I think the best way to get the straight scoop is to hear from the lawyers that have represented Mr. Glaski from the beginning…

And they are… Catarina Benitez and Richard Antognini.

So, make sure your speakers are turned up and CLICK PLAY below to hear Part One… a 30 minute Mandelman Matters Podcast with the Fresno, California attorney who has represented Mr. Glaski from day one and for the last four years.Ā  (In fact, he was her very first client… but shhh… itās a great story and I donāt want to ruin it.)