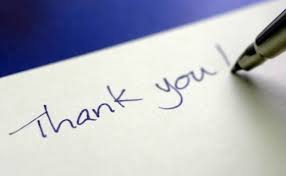 I want to tell you about my experience so that your story might end like mine did.

Our nightmare began when I got laid off of my job in Human Resources. My husband and I had bought our first house a couple years prior and never anticipated being a one-income family. Then my husband was forced to take a pay cut with the weakening economy and budget cuts and we began to struggle to make ends meet.

We applied for a loan modification with Bank of America and went through the cycle of submitting paperwork for about a year before being denied for not having enough income.Â Â  Truthfully, we knew the bank was right and we had been told as much by others we had consulted with.Â  With only one income and with my husband working fewer hours, we just didnâ€™t have enough income to support our loan.Â  It was a sad realization for us because our kids had been born in the home so it was the only home they had ever known, but we knew weâ€™d soon have to face the reality that we would lose our home to foreclosure.

Then Bank of America said we could reapply for an in-house modification.Â  We knew they were only letting us reapply to give us more time before weâ€™d have to move, but we were thrilled anyway.Â  The school year was about to end, and we figured by reapplying, weâ€™d be able to buy ourselves another three months or so and that would give us the summer to save up money and find a place to rent without shocking our two young children.

The night we sent in our second application we toasted with a glass of wine because the pressure was off at least for a while and we could enjoy the summer in our home.

Two days later our house was sold.Â  We were shocked, but more than that, we were depressed.Â  We hadnâ€™t saved nearly enough money to move or found a place suitable for the kids and we felt responsible for the mess we were in.Â  We both knew something like this could happen and we should have been better prepared.

Within a few weeks there was a notice on our door.Â  We were being evicted in a matter of weeks and we had no idea where we would go and we didnâ€™t know who to turn to for help.

I had first seen Martin Andelman when he was being interviewed about the foreclosure crisis on Channel 11 Fox news in February, 2012.Â  I wrote his name down somewhere at the time, but then just went back to my quest to do something to save our home.Â  Finally, I got the knock on the door…a police officer was there to give me the final notice. We had a week to leave.

Frantic, I wrote Martin an SOS email.Â  It was Friday afternoon and we were scheduled to be evicted the following Thursday.

Within a half hour I got an email back that said “Call me” with his number. After talking to him about our situation for at least 45 minutes, I felt like he was a brother, a friend, someone who actually cared about our situation. I told him all we wanted was a little more time, maybe two more weeks or a month if that was even possible.

He told me, “Don’t worry, I hate this.Â  Your house shouldnâ€™t have been sold like that.Â  I’ll take care of this and get you at least two more weeks and probably a month. Give me a few days”.

I asked him if he was sure he could do something to delay our having to leave and he said he was certain he could.Â  He seemed so sure of himself.Â  But I was more than a little nervous.Â  Finally he said that I should relax and enjoy my weekend because he would take care of it.Â  We would have at least two more weeks and heâ€™d try for a month.

At that point I asked him how much his help was going to cost, because after all, we had already spent our savings on everyone else in the mix. Â Martin said I wouldnâ€™t owe him anything, not a dime, he said. Â And that was that.

Monday and Tuesday were two of the most stressful days of my life.Â  Martin said he was still working on getting us the extra time and with Thursday approaching, I was a basket case as I packed our house into boxes in case weâ€™d have to leave that week after all.Â  So many others had promised to help us that hadnâ€™t been able to so I didnâ€™t know what to think.

On Wednesday, Martin called me around 9:00 AM.Â  He said, â€śBank of America decided to buy back your loan from Freddie Mac and theyâ€™re writing it down so you and your husband can keep your house.Â  Your payment will be around $800 a month.â€ť

I was so stunned that I didnâ€™t know what to say or even if I had even heard him correctly.Â  I think I said, â€śWhy would they do that?â€ťÂ  And he replied, â€śWell, itâ€™s a long story, but the bottom line is they want you to be able to keep your home.â€ť

Honestly, I wasnâ€™t sure I could believe what he was saying.Â  He realized that I was confused so he said it again.Â  â€śBank of America decided to buy back your loan from Freddie Mac and theyâ€™re writing it down so you and your husband can keep your house.Â  Your payment will be around $800 a month.â€ť

â€śI donâ€™t understand.Â  Are you sure?â€ťÂ  He said yes, he was sure.Â  He also said that I should expect a Fed Ex package the next morning and to make sure I signed everything and returned it to the bank by the first of the following month.

I told him my husband would never believe me that this was happening.Â  It was almost impossible for me to believe.

I was so suspicious that I asked Martin again if we owed him money now that he had saved our home and gotten our payment to drop from almost $3,000 to $800.Â  He acted almost insulted that I would even ask.Â  â€śNo,â€ť he said adamantly.Â  â€śIâ€™ve never accepted a dime from a homeowner for anything.â€ť

So thatâ€™s our story.

Although Iâ€™m still not sure why, one moment we were packing our home into boxes and the next Bank of America had bought back our loan from Freddie Mac and given us the loan modification we had prayed to get for almost two years.Â  I really could not believe the kindness I was shown by not only Bank of America but by Martin who took time out of his hectic schedule to help somebody he didn’t know, FOR FREE.

I donâ€™t know why he does what he does or how he does it.Â  All I know is that I thank God that he did whatever he did for us.

On behalf of my husband and myself we would like to thank Martin for saving our home. He showed us mercy and restored our faith in human goodness. Our nightmare ended with a dream and I truly hope that your story will have the same sort of ending.

Thank you Julie… I too was amazed at how Bank of America handled your situation.Â  It really showed me at the time that they truly cared about making your situation right and did so when no one was looking or with no expectation of anything in return.Â  I’m just so glad I could help and that things worked out the way they did.Â  I wish stories like yours happened every day.

Want to Read What Others Have to Say?