Home  »  Need Answers from Bank of America About Your Mortgage? Then I Think You Should Show Up Here.

Need Answers from Bank of America About Your Mortgage? Then I Think You Should Show Up Here. 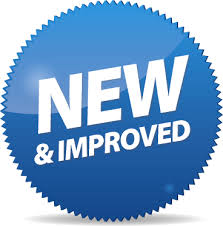 So, if you’re struggling to make your mortgage payments or already in default and need answers about how Bank of America can help, there are two meetings for homeowners coming up that I really think you should attend.  One is at Parkside Hall in San Jose, July 16 – 18… and the other is July 23 – 25 at the Sheraton Downtown Los Angeles.  You need to make a reservation by clicking the below, and times are available at either location from 8:00 AM to 8:00 PM.

And I’m not the only person saying that things have improved for homeowners at Bank of America.

Julie Rose, a reporter for a North Carolina (NPR) public radio station, WFAE/90.7, attended a conference of non-profit housing counselors late last year, and in an article she wrote about her experience she said…

“I frankly expected to hear a lot of criticism aimed at Bank of America.  But what I heard from Sheryl Merritt of Consumer Education Services in Raleigh was that Bank of America “is trying to be proactive, trying to make it easier for counselors and agencies to provide the documentation through one system.”

“Proactive?” “Making it easier for counselors?” And Merritt wasn’t the only housing counselor who talked like that about Bank of America.  I left that conference still skeptical, so I phoned some other housing counselors around the state to ask which mortgage servicer they think is doing the best job.

Steve Obendorf at Consumer Credit Counseling Services of Gaston County said: “I think Bank of America probably is – probably the one that’s stepped forward the most.”

Bruce Hamlett at CommunityLink in Charlotte agreed, saying: “I think also that – look back over the last 12, 24 months – I mean it seems like every week there’s been another disparaging article come out on Bank of America, so I think they have worked the hardest to try to clean up their image.”

Whatever the bank’s motivation, Hamlett says he’s actually relieved these days when a client comes to him with a mortgage from BofA.  “I think, ‘Okay, phew!’” says Hamlett. “As long as the client works with us and gives us everything we need from them to put together a full package, I know we can get it submitted and pushed through the pipeline fairly quickly.”

There’s no more faxing and “We never got it” claims from the bank, thanks to a web portal Bank of America set up for submitting loan documents.  (Bruce Hamlett, CommunityLink, Charlotte)

Julie also brought up the same thing that I’ve pointed out this past year… that, “Since 2008, Bank of America has increased staffing ten-fold to help distressed borrowers.”  So, why, she asked Bruce Hamlett, were so many complaints still mentioning Bank of America?  He said…

“It’s a numbers thing: Bank of America has, far and away, the most troubled mortgages on its books.”

I’m Martin Andelman of Mandelman Matters.  As an outspoken advocate for homeowners, I’ve been writing about the financial and foreclosure crises for almost five years now.

I saw how bad things were at the beginning and I said so at the time… I was as frustrated as anyone over how long it took before anything started to change in any meaningful way… and there is still much work to be done as some servicers are much better than others.  But, I also started following homeowners through the loan modification and short sale approval process at Bank of America almost two years ago, and since then I have seen things get better and better.

So, please… don’t miss this opportunity to meet face-to-face with a trained Home Retention Specialist from Bank of America.  Click the REGISTER HERE button below to make a reservation to attend anytime between 8:00 AM and 8:00 PM…  on either July 16 – 18 in San Jose… or on July 23 – 25 in downtown Los Angeles.

I’ve attended these meetings before and I’ve spoken with homeowners who showed up, and I really believe that everyone who attends is glad they did.  When you click to reserve your appointment time, you’ll find out what you need to bring with you… and I know that those that brought their documentation with them have come away pleasantly surprised at how much they were able to accomplish in just an hour or two.

Being behind on your mortgage is never any fun, but don’t listen to those that would have you believe that the loan modification process hasn’t changed for the better at Bank of America over the last few years because they’re wrong… it’s much better today than ever before, I guarantee you that.

Hope to see you there…