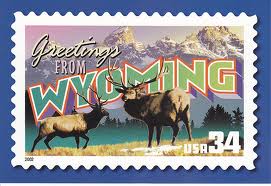 YES! It is true, I had to be pinched in order to make sure I wasnā€™t dreaming when I received my call from Martin Andelman about Bank of America saving our home!!!!Ā  They reduced our balance to the value of our home today, and a gave us a 3% fixed interest rate for 40 years!!!!

If anyone feels this is too good to be true, I can understand because letā€™s face it, we had believed everyone who had claimed they could help us and would do what they promised only to find out they had no intentions of doing anything! I am that homeowner! It is true!

Our home was sold out from under us by Fannie Mae.Ā  Then on a Friday night I got a knock on my door and was told to get out of my home in 72 hours from posting of the eviction by our county Sheriff!Ā  I donā€™t know about you all but there was no way I could pack up everything in 72 hours without prior warning!Ā  Our home had been foreclosed on and sold at auction.

So, there I was left at the door of my home that I didnā€™t own anymore by myself.Ā  Itā€™s amazing how your mind starts to work under a shock like that!

I didnā€™t call my husband because he was on the road long hauling cross country (his new career that he had to learn after 30 plus years of being in construction), instead, I called John Wright whose blog Iā€™ve been following for some time.Ā  John had never heard me be so upset, but he knew exactly what to do.Ā  He got on the phone to Martin Andelman.

The three of us discussed my situation and then Martin took the bull by the horns and wrangled this bull to the ground!Ā  Even though it was a Saturday afternoon, Martin got someone at BofA to to commit to saving our home on Monday!Ā  It was like being at the rodeo where the Cowboy and his horse ropes the bull while Martin jumps off his steed to take the steer down to the ground and tell BofA they had to take action and take action NOW!Ā  And BofA did!

On Monday, Martin contacted John with details about what BofA was doing for us. Talk about a dream come true, and Martin personally called me to tell me the good news about how BofA was able to stop the 72 hour eviction, reverse the foreclosure AND give us a REAL TRUE LOAN MODIFICATION, our home is saved!

From what I understand, because our home had already been sold and gone back to Fannie Mae, Bank of America had buy our loan back from Fannie… that means BofA had to fight back for us!Ā Ā  BofA didnā€™t just fight back to stop the eviction on us, they even worked to give us a modification that really and truly works for us!

Bank of America worked with us through Martin and it did not cost us any fees to save our home, none! Martin didnā€™t charge a cent for any of this – all he gained was the satisfaction of helping a homeowner keep their home and not be kicked out on the streets becoming homeless by our United States of America Government!
.
This is my testimony and one I will never stop talking about!Ā  Anyone out there who is under the same situation with BofA as I was, donā€™t stop and collect your $200, call Martin and stop being evicted or foreclosed on and get your life back!!
.
Homeowners, please donā€™t wait any longer for help, contact Martin, let him know what is happening to you especially if you have a government loan because I can tell you first hand, our government doesnā€™t care about the homeowner!Ā  Martin does care, and if you want action, Martin can not only take action but follow through with his actions!!!Ā  Heā€™s stronger than E.F. Hutton!!! When he speaks, BofA LISTENS!!
.
True Story God as my witness!
.
Thank you Martin, God bless you!
.
AND thank you Bank of America for taking responsibility for our loan and saving our home!

When I read Nancy’s letter, it made me feel great for having been able to help her and her husband, but it also made me not want to show it to anyone for obvious reasons.Ā  I understand that, to Nancy in Wyoming, I may have seemed like a cowboy roping a bull and wrestling it to the ground… but I’ve met a few real cowboys in my life, and trust me… I’m no cowboy.

If I ever ended up anywhere near a charging bull, I’d look more like an overweight rodeo clown running for my life and screaming like a 8 year-old girl.

The truth is, it wasn’t hard at all for me to get Bank of America to fix this difficult situation for the Frosts.

You see, what happened was that the Frost’s had been taken advantage of by a company in California who had charged them thousands of dollars and claimed that they would be representing them in a lawsuit against the bank.Ā  But, they did nothing… and after no response from the Frosts to any of the letters or calls from Bank of America (because the couple thought they had lawyers representing them), Fannie Mae finally stepped in and sold the home.

The Frosts had no idea what had happened until the day the sheriff knocked at their door.Ā  They never even applied for a loan modification.

All I had to do was explain their situation to Bank of America… that Mr. Frost had built the home himself… that he had been a builder for 30 years, as was his father and his brother… that he had re-trained to drive a long-haul 18-wheeler when construction stopped so he could pay his debts… that they planned to stay in their home forever and I felt certain from talking to them that they would never re-default if given another chance with an affordable payment… and that they never even got a chance to apply for a loan modification because they thought they had paid someone to represent them, who turned out to be a scammer.

Explaining that to the bank took me about 10 minutes tops, and then all the Bank of America executive had to do was look at their file in the system to confirm that the Frosts had never applied for a loan modification.

When the bank executive saw that there had been no contact whatsoever from the Frosts, she knew they were telling the truth, and even though the home had sold two weeks before, immediately agreed to buy the home back from Fannie Mae and modify it for the Frosts.

As Nancy said, even though they had not made a payment in roughly two years, their modification included a principal reduction to the current market value, and a fixed rate of 3 percent for 40 years, which made their payment go down by about $600 a month, as I recall. 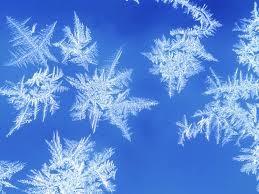 Now, it’s important that everyone understand that every homeowner’s situation is different… in fact, like snowflakes… no two are exactly alike.Ā  So, just because your neighbor got a certain deal, doesn’t mean you’ll be able to get the same thing. It’s not fair because in large part it’s based on who owns your loan and you had no choice in that matter.Ā  But, it also has to do with how far behind you are, your balance, and your income.

There is one thing that’s always true, however, sooner is always better than later… so the longer you wait to start the process of getting your loan modified, the harder it will be to get terms with which you can comfortably live.Ā  But, at the same time, it’s never too late to try… you can see that by looking at what happened to the Frosts.

It’s far from being the only time I’ve seen Bank of America do something like this when no one is watching.Ā  I truly believe that they made the decision to buy back the Frost’s loan from Fannie, because they felt compassion for good people that had been scammed and were qualified to make a modified payment.

They certainly didn’t do it because I would write about it, because it happened last year and I’m only posting Nancy’s letter now in response to those who have expressed doubt about loan modifications and what I’ve written about Bank of America lately.

If you’re having a hard time getting your loan modified or getting approval for a short sale from Bank of America… and you want to see if I can help… feel free to email me at mandelman@mac.com.Ā

And in case you’re wondering, the answer is no… I don’t work for the bank.Ā  I work with the bank, and that’s just because I couldn’t think of a way to help anyone get their loan resolved with out them, can you?

Also, don’t worry… I’ve never charged a homeowner a nickel for anything and I’m not about to start now.Ā  So, when I say my help is free… free means free.

~~~
P.S. And the Frosts aren’t the only homeowners I’ve been able to help. Ā Here are links to other letters like Nancy’s that I’ve posted lately…