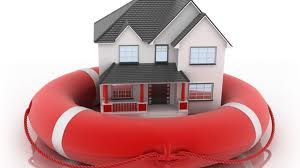 Roughly two-thirds of the mortgages in this country are today owned or guaranteed by either of the Government-Sponsored Enterprises (‚ÄúGSEs‚Äù), which we all know by the names, Fannie Mae (‚ÄúFNMA‚Äù) and Freddie Mac.¬Ý As of July 1st, the two mortgage behemoths will finally change their rules related to loan modifications to be much more homeowner friendly… and to say it‚Äôs about time has got to be the understatement of the year.

Once private companies whose stock was publicly traded, in September of 2008 when their increasingly dire financial condition could no longer be ignored, both Fannie and Freddie were taken over by the government and placed into conservatorship.¬Ý Today, the Federal Housing Finance Authority (‚ÄúFHFA‚Äù), who also regulates the 12 Federal Home Loan Banks, is Fannie and Freddie‚Äôs ‚Äúconservator,‚Äù having assumed the power of the Board and management at both organizations.

Last year, the FHFA became a hated household name when the agency‚Äôs acting director, Edward DeMarco, under intense pressure from The White House, Treasury, members of Congress, and others, refused to allow Fannie or Freddie to participate in programs that would allow homeowners facing foreclosure to receive principal reductions.¬Ý When DeMarco announced that he would be stepping down this year, it was almost as if an audible cheer could be heard coming from those in the states ‚Äúhardest hit‚Äù by foreclosures from coast-to-coast.

Basically, DeMarco‚Äôs position on homeowners who default on their mortgages has been that the GSEs should provide as little assistance as possible.¬Ý He claimed that principal reductions would cost the taxpayers money (as if foreclosures wouldn‚Äôt).¬Ý He allowed Fannie and Freddie to each have their own sets of complex rules about modifications that made dealing with GSE loans more difficult for both borrowers and servicers.¬Ý Having seen them in action on numerous occasions over the last few years, I can tell you that few things in life say inflexibility like Fannie Mae and Freddie Mac.

And that‚Äôs precisely why I was so surprised a few months back when the FHFA announced that they would be making changes to the GSE‚Äôs loan modification programs that would allow borrowers with less than 20 percent equity… and who are over 90 days but less than 24 months delinquent on mortgages that are at least a year old… to reduce their monthly payments through interest rate reductions and terms extensions… without having to document their income.

Yes, you read that correctly… Ladies and Gentlemen… finally… … after five years of sheer torture… introducing a ‚ÄúNo-Doc‚Äù loan mod.¬Ý The FHFA says modified interest rates will be FIXED… terms will extend to 40 years… and some borrowers won‚Äôt be required to pay interest on a percentage of their principal balance. 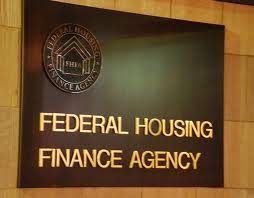 No, there still won‚Äôt be principal reductions allowed on GSE loans, but I do have to say that the No-Doc loan modification will certainly do a great deal to increase the number of homeowners that will be able to save save their homes from foreclosure.¬Ý The fact is that principal reductions may do a lot psychologically to keep people in homes with underwater loans, but in reality it‚Äôs all about monthly payments when you‚Äôre talking about pure foreclosure avoidance, and many people‚Äôs lives simply don‚Äôt fit nicely into the boxes on their tax returns.

In an article on Bloomberg.com in late March, Jaret Seiberg, a senior policy analyst for Guggenheim Securities LLC‚Äôs Washington Research Group, was quoted as saying…

‚ÄúWe are cautious about whether these safeguards will work, but take it as an encouraging sign that FHFA has thought about the issue and has a plan to address this risk.‚Äù

Well, I couldn‚Äôt agree more with the latter portion of that statement, for a long time I actually wondered whether Ed DeMarco even knew we were having a foreclosure crisis.¬Ý So, the fact that the agency has come up with this No-Doc program tells me that not only has he realized that the number of foreclosures are continuing to present quite the problem for our economy, but also that he‚Äôs so concerned about the damage that will be caused going forward that he‚Äôs ready to forget all that, ‚Äúcan you afford it‚Äù nonsense, and just modify pretty much anyone that can fog up a mirror.

The new process has been dubbed, ‚ÄúStreamlined Modification Initiative,‚Äù and it will remain in place until expiring on August 1, 2015.¬Ý Borrowers will still be required to make three trial payments, and assuming they are made on time, the loan will then be converted to a permanent modification.

Interestingly, the FHFA also points out that homeowners will still be encouraged to submit income and financial hardship documentation to their servicer, as doing so ‚Äúcould result in a modification with additional savings for the borrower.‚Äù¬Ý So, in other words, if you can adequately document your financial situation, you‚Äôre likely to be offered a better deal than if you chose not to do so.

One outcome, according to “Mortgage Professional Magazine,” of this new ‚Äústreamlined‚Äù process was already seen in June with JPMorgan Chase laying off 20,000 employees, or roughly two percent of the company‚Äôs workforce.¬Ý These guys sure don‚Äôt waste any time cutting overhead, do they? 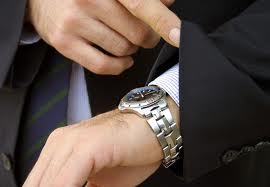 One thing everyone seems to agree on is that this change is coming none too soon.

It‚Äôs just further proof of the timidity with which the administration and our government agencies have acted since the crisis began, and the harm that sort of hesitant response has caused.¬Ý Remember the first refinancing under HARP… homeowners could be up to 115 percent loan to value, meaning to qualify you could supposedly be underwater by 15 percent.¬Ý Maybe it was a whole year before it was announced that HARP would start going up to 125 percent and as of today, there‚Äôs no cap on how far underwater you can be when refinancing under the government‚Äôs program.

I don‚Äôt think there‚Äôs any question that had we just started with no limit on the degree to which a homeowner was underwater, we would have been able to refinance many more homeowners, and be better off today because of we did.¬Ý HAMP has also had versions, released during the last two years intended to make things better for borrowers facing foreclosure, including the ability to modify a loan on a second home under certain conditions.

Now we‚Äôre finally realizing that requiring enough paperwork to wallpaper my entire home, inside and out, might just be part of the problem with the modification process, so now the thinking is… let‚Äôs just modify and ask questions later.¬Ý For the million or more homeowners who endured the effects of the tragic incompetence used in designing and implementing HAMP, hearing about this No-Doc revelation has got to be bittersweet, at best… sort of like when the baseball greats from the 1960s, who made $6500 a year and rode around from game to game on a bus, are forced to socialize with the multi-zillionnaires in MLB today.

But, of course, it is what it is… progress always out-dates whatever came before it, and at least the streamlined modification is supposed to be rolling out this month.¬Ý It could be worse… it could have taken until 2015 for DeMarco to pull this sort of thing out of his hat.¬Ý Or, heck… it might never have happened.

So, let‚Äôs not waste time bemoaning what could have been, it‚Äôs the classic definition of spilt milk… or water under the bridge, if you‚Äôd prefer.

The important thing is that homeowners with GSE loans that are underwater or have less than 20 percent equity, that are over 90 days late, but not yet 24 months behind… that have been avoiding the loan modification process for fear of being turned down based on insufficient financial documentation, or maybe because they have some equity… contact their servicers to find out how they can apply for a ‚Äústreamlined‚Äù or No-Doc loan modification.

In closing, I will say this…

I‚Äôm not naive about this apparent change at the FHFA… they‚Äôre not doing this for the good of the American homeowner or the American economy, that‚Äôs just not believable.¬Ý DeMarco doesn‚Äôt do anything that won‚Äôt fit neatly into a spreadsheet and helps his bottom-line.¬Ý So, things must not be looking all that great ahead, making DeMarco and others nervous enough to approve a No-Doc type of program.

For example, and I‚Äôm sure it‚Äôs no coincidence, but according to Bloomberg.com, the FHA is also implementing changes that will increase the number of borrowers eligible for ‚Äústreamlined short sales,‚Äù¬Ý Now, those that own second homes and those at risk of ‚Äúimminent default,‚Äù may be able to get their loans modified… and just like the FHFA/GSE program, without having to submit documentation of their financial hardship.

And there is even a possibility of seeing this sort of No-Doc fever find its way into the much anticipated refinancing under HARP 3.0.¬Ý It‚Äôs still in Congress, which I realize is where new or good ideas go to die, but I‚Äôve also been told by Washington DC insiders that something will pass in many areas that will be helpful to homeowners over the next couple of years, so we will just have to wait and see.

Homeowners start your No-Doc (or Full Doc) modifications as soon as your servicer says they are ready to take applications for the new program.¬Ý And spread the word to others you know who fit the basic criteria, because it won‚Äôt be around forever and you won‚Äôt have to worry about anyone losing your docs or claiming they did, because there won‚Äôt be nearly as many docs as in the past.

Like I‚Äôve said for the last five years, we‚Äôre in a river, not a lake… the water we‚Äôre standing in is new water every day.¬Ý And the streamlined No-Doc loan modification from the GSEs, is an example… but you can‚Äôt win if you don‚Äôt play… as the Lottery‚Äôs marketing execs might say.

Below is the FHFA Press Release that was sent out in late March to announce and describe the new borrower-friendly loan modification process.