Home  »  A Sword in a Field – Correlation is Not Causation

A Sword in a Field – Correlation is Not Causation 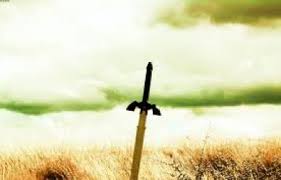 If you‚Äôve never heard the phrase, “correlation is not causation” before, it‚Äôs a concept discussed in every statistics class, and it basically means that even though two independent things can be related to each other, it‚Äôs often difficult to determine cause and effect…. whether one is causing the other.¬Ý For example…

By adding another independent variable to our study… age… we‚Äôd find out that it wasn‚Äôt shoe size that was making for better readers, it was age.

Similar correlations can also be seen, such as eating ice cream in this country and the murder rate, both have increased at similar rates over the last 30 years, so does eating ice cream make people want to kill other people?¬Ý Let‚Äôs at least hope not.

Watch the video below… it‚Äôs a scene from Joan of Arc titled, ‚ÄúA Sword in a Field,‚Äù which stars Dustin Hoffman as Joan‚Äôs inner voice, and is about Joan‚Äôs conclusion that the sword she found in a field had been placed there for her by God.¬Ý It‚Äôs only a few minutes long and it‚Äôs great… watch it… then continue reading below.

I‚Äôm sure you get the point, but the reason I‚Äôm making it is that the same sort of affect is taking place among many in the foreclosure defense movement, and if it continues to grow, it will threaten the movement‚Äôs abilities and ultimately its potential for effectiveness.

1. I‚Äôve heard that Bank of America is not complying with National Mortgage Settlement.

2. Bank of America is selling off servicing rights.

CONCLUSION: Bank of America is selling off servicing rights in order to get out of having to comply with the servicer standards set by the National Mortgage Settlement.

Recently, the national monitor for the National Mortgage Settlement, Joseph Smith, reported that there have been more complaints filed with his office about Bank of America than any other servicer.¬Ý (Wells Fargo came in second, I believe.)

It‚Äôs also a fact that Bank of America has recently sold some significant numbers of its servicing rights to Nationstar, among others, who are non-bank servicers.¬Ý So, there is definitely a correlation between number one and two above.

So, it‚Äôs understandable why some have drawn the conclusion that one thing is leading to the other.¬Ý Bank of America is having a hard time complying or doesn‚Äôt want to comply with the new settlement standards, and that means potential liability…. so the bank is getting rid of Master Servicing Rights (‚ÄúMSRs‚Äù) rights by selling them to sub-servicers who are not a party to the national settlement and therefor are not required to comply with the new standards.

However, when you more closely examine the other variables surrounding the situation, it becomes easy to see that the bank‚Äôs decision to sell servicing rights could not be simply to somehow avoid compliance with the terms of the settlement.

For one thing, Bank of America selling servicing rights is not just a recent event… the bank has been selling some of its MSRs for well over a year due at least in part to pressure by regulators to reduce its servicing volume… in fact, it started with the OCC consent orders two years ago.

Also, as many might have seen recently in the news, Bank of America is not alone.¬Ý One West Bank also recently sold its servicing rights to a non-bank servicer, Ocwen.¬Ý But, One West Bank was not one of the five servicers involved in the National Mortgage Settlement, so if the settlement were what‚Äôs driving the sale of servicing rights, then why is One West selling off theirs?

The answer is that evading the settlement‚Äôs servicing standards is not what‚Äôs driving sales of servicing rights by bank-owned servicers to their non-bank counterparts.

What is driving these sales, among other things, is the upcoming migration to the Basel III Accord, a global regulatory standard developed specifically in response to our most recent financial crisis that‚Äôs designed to strengthen bank capital requirements by increasing them, and decreasing the amount of bank leverage.¬Ý And the introduction of Basel III,which is the third installment of the Basel Accords, has always been scheduled to begin in 2013.

According to Fitch just last week:

‚ÄúThe decision by many banks to reduce or exit sub-prime and distressed mortgage servicing in part reflects regulatory risks faced by these institutions in the migration to Basel III, where the maximum value of MSRs a bank can count toward Tier I capital is effectively 10%. As a consequence, banks approaching the thresholds will likely reduce their servicing assets to take into account the deduction from capital.‚Äù

So, while the valuation methodologies of servicing rights owned by regulated banks have changed and the capital requirements are now more burdensome, the non-bank servicers are not subject to the new banking regulations found in Basel III.

There are other factors that would support Bank of America‚Äôs decision to sell some of its servicing rights, not the least of which is that this past year, Bank of America has reported losses of $1 billion in a quarter resulting from its servicing operations.¬Ý It‚Äôs not hard to understand when you consider that over the last few years, the bank has hired 50,000 new employees to handle the unprecedented volume of homeowners seeking assistance with their mortgages, and that has got to play havoc with any businesses cost structure.

And all of that having been said, it‚Äôs also worth noting that even after Bank of America is done selling servicing rights, it will still be among the largest bank-owned servicers of residential mortgages in the country, which means it will STILL be servicing a whole lot of loans that are subject to the terms of the National Mortgage Settlement.

And I realize that a recent report by the settlement‚Äôs monitor showed Bank of America as having the most complaints filed with the national monitor for the settlement, but that‚Äôs not simply a reflection of the servicer‚Äôs capability, it‚Äôs also because the bank has been servicing many more delinquent loans than any other servicer.

Now that you know about all of these other factors that exist, does it still seem likely that the reason Bank of America is selling off servicing rights is so that it doesn‚Äôt have to comply with the terms of the National Mortgage Settlement?

My point is that it‚Äôs very easy to misinterpret correlation as being causation… when it‚Äôs not.

These past five years since Wall Street imploded and spawned the global financial crisis a whole lot has happened in this country… and not a whole lot of it has been clearly explained or even disclosed.¬Ý And that makes for a climate in which people can more easily draw erroneous conclusions.

Lately, I‚Äôve had conversations with several homeowners who thought that credit default swaps paid off their mortgages.¬Ý They heard about investors buying credit default swaps as a way of betting against the loans inside a given mortgage-backed security or collateralized debt obligation.¬Ý And they also saw the government bailout Wall Street… and then the AIG bailout result in tens of billions being paid to Goldman Sachs, along with the other usual suspects.

So, when they heard that credit default swaps had paid off their loan, in light of everything else that had transpired, it seemed eminently plausible… even if it wasn‚Äôt.¬Ý¬Ý I reminded those I spoke with that, in the case of a credit default swap, it wasn‚Äôt necessary to own the bonds you were betting against…. so why would you want to own loans that you were essentially betting would default. 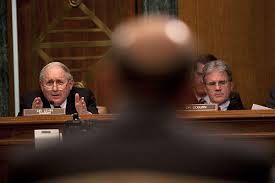 Remember Senator Carl Levin questioning Lloyd Blankfein a couple of years ago?¬Ý He was chewing out Goldman‚Äôs CEO for ‚Äúselling the shitty deal,‚Äù and then betting on it to fail.¬Ý Goldman didn‚Äôt get in trouble for KEEPING the shitty deal… it was selling it that angered Sen Levin.¬Ý So, since Goldman wouldn‚Äôt have owned the bonds, it stands to reason that the payments the firm received as a counter party in a credit default swap, wouldn‚Äôt have paid off loans inside the bonds they didn‚Äôt own, right?

Others have correlated other things they‚Äôve seen or heard, only to find connections that aren‚Äôt there or make assumptions about facts… that aren‚Äôt facts.¬Ý Truth be told, it‚Äôs easy to do.

It‚Äôs easy to misinterpret something about this crisis.¬Ý But, it‚Äôs important that we try to guard against that happening whenever possible for all sorts of reasons, not the least of which is that being wrong means wasting time that could be spent on something potentially productive.¬Ý¬Ý I can‚Äôt tell you how many homeowners I‚Äôve spoken to with plans to litigate based on causes of action that have never prevailed, and at the same time overlooking other strategies with a much greater chance of success.

We are dealing with a true crisis, and I would even say a major crisis.¬Ý Nothing about fighting foreclosure is easy, there are no easy answers, but you can find out what‚Äôs real and what isn‚Äôt by Googling everything and¬Ý at least triple checking what you hear, talking to as many different experts as possible, and reading as much as you can find on whatever the subject is.

And it helps to remember that something you‚Äôve found could just be a sword in a field.