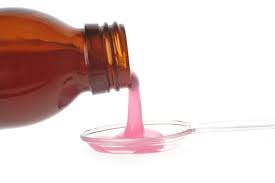 No one will like hearing this, and I take no pleasure in writing it… but the cold, harsh reality about the foreclosure crisis… and the mortgage industry knows this… is that absent any unforeseen and unexpected positive developments, it‚Äôs going to get even worse going forward for millions of homeowners facing foreclosure.

Like I said, I hate having to be the bearer of such news, but for one thing, I feel an obligation to keep people informed with the truth about things and for another I have to believe that being well-informed is the only way we as homeowners are ever going to make any real progress here.

Here‚Äôs the first fact about the next few years that you NEED to know:

This year we’ll see the largest sales volume of non-performing debt in history.

That means that the holders of non-performing loans are now selling them to debt buyers… organizations whose interests are not to modify, but rather to foreclose quickly and flip the house cheap… and with as little investment as possible, too.¬Ý Next year is forecasted to be more of the same, and who knows what comes after that.

The borrowers haven‚Äôt made a payment in over two years, but the loan‚Äôs owner has decided that it‚Äôs no longer interested in paying the servicer to try to collect or foreclose… so, they now want to sell the loan.¬Ý Now, with no payments being made, there‚Äôs no (or very low) expectations that the loan will generate cash flows and interest returns, but let‚Äôs say the property securing the loan is worth $100,000.

So, if someone were to buy the non-performing loan for let‚Äôs just say… $70,000.¬Ý The new owner might expect to repossess the property in order to re-sell it for $90,000 or perhaps $95,000… five or ten percent under the market value of the property.

After paying whatever costs are associated with foreclosing and maybe some minor repairs, the buyer of the non-performing loan in this example could realize a net profit of¬Ý something like 20 percent, give or take.¬Ý Not too shabby, especially when you consider how abysmally low interest rates are today.¬Ý And if you can do the same or close with a few hundred of these non-performing loans you could be doing pretty well.

It would seem to me that there wouldn‚Äôt be any Pooling & Servicing Agreement limiting what the loan‚Äôs new owner can do with the loan, and somehow I can‚Äôt imagine that the new owner would be participating in the HAMP program.¬Ý In fact, I think it‚Äôs safe to say that the buyers of these non-performing loans will have little or no interest in modifying loans… ever… that‚Äôs just not why they‚Äôre buying the loan.

They‚Äôre buying it to empty and flip it as quickly as possible… period.

The Unthinkable… the loan modification process gets worse?

My point is that the increasing sales volume of non-performing loans means the unthinkable… that it‚Äôs going to get even worse for homeowners who are seriously delinquent and need to get their loans modified in order to keep their homes.¬Ý Brand name servicers may be difficult to deal with, but debt buyers who buy non-performing loans don‚Äôt have reputations about which to worry.

As I‚Äôve said on several occasions throughout this past year, although it‚Äôs never going to be easy to default on a loan and get it modified, ever since the National Mortgage Settlement, some servicers have gotten appreciably better at dealing with homeowners in need of foreclosure avoidance.¬Ý Bank of America is certainly much better today than ever before… but not all are better and some are no different than they were in 2009.¬Ý And without question, there is a long way to go before the process could be considered going anywhere near smoothly.

The fact remains that getting your loan modified is still very often a torturous process.¬Ý And people need to know it, because the more that do, the more I have to believe will demand a change toward fundamental fairness in the loan mod process, at the very least.¬Ý And we as a nation need that to happen every bit as much if not¬Ý more today than we did in 2009.

California‚Äôs Homeowner Bill of Rights appears to be a step in the right direction… other states have passed laws that benefit distressed borrowers as well… but more is needed… a lot more.¬Ý And we need to speak out in a unified and consistent way and expose the wrongs servicers continue to commit against¬Ý homeowners in the loan modification process.

It‚Äôs not the only thing we need to do, don‚Äôt get me wrong.¬Ý But it should be a very important item on our list.

Pressure by homeowners and consumer advocacy groups are what got us the new servicer standards as part of the National Mortgage Settlement… and no… it‚Äôs not enough… and at least in part because so few seem to be following them.¬Ý We need more consistent pressure if we‚Äôre going to expect anything to change. .. ever.

We have to accept the fact that the modification of loans is the only real answer to the crisis… not as it goes on today, of course.¬Ý The way it continues to be handled is… pretty much awful.¬Ý And that‚Äôs the point.¬Ý If we focus our efforts towards clearly defined objectives then we might just be able to achieve a few of them.¬Ý And one of those objectives should be for rules that assure a fairer process.

Pardon me for saying so, but we certainly haven‚Äôt gotten very far by flailing about in all directions.

The Writing is on the Wall…¬Ý

The sales volume of non-performing loans at record levels should not be a surprise… at a certain point investors are simply better off to stop the losses resulting from loans in default by letting someone else take on the risk going forward.¬Ý That‚Äôs also why we‚Äôre seeing the billions in servicing rights being sold and transferred to servicers with names we‚Äôve never heard of until now.

Did you see the news from a day or two ago… One West Bank just sold it’s servicing rights to Ocwen. ¬ÝWhat does that tell you?

Servicing loans is nothing like what it was before 2008… the costs are dramatically higher and the risks to a bank‚Äôs brand are enormous.¬Ý And corporate CEOs have to do what‚Äôs in the best interests of their shareholders… in fact, they have a fiduciary duty to do so.¬Ý You simply can‚Äôt expect corporations to continue with lines of business that aren‚Äôt profitable.

Fed Governor Sarah Bloom gave a speech to the servicing industry in 2011 and I wrote about the content of her speech at the time, but it‚Äôs certainly just as worthy a read today as it was then… and that‚Äôs the problem… that should not be the case.¬Ý Here are a few excerpts from her speech, but everyone would benefit from reading the whole thing by clicking the link above.

Sarah Bloom said what she said in February of 2011… I wrote about it then and fewer than a thousand of my readers bothered to read it… how tragic is that?¬Ý I can only hope that more read it now… perhaps send it to their friends and associates… show people that we‚Äôve had the answer… we could be doing much better than we are by pretending the problems don‚Äôt exist… or have other answers.

Please read it, and then reflect on what I’m saying here…¬Ý

With a pipeline full of distressed properties, the unfortunate consensus is that we should expect even more downward pressure on house prices.

When people lose their homes, the impact is felt not only by the homeowners, but by the broader community: the bonds of community are weakened, business investment is undermined, homelessness increases, children are uprooted, unemployment deepens, and even health problems multiply.

So what needs to happen now? To begin with, we should start at the ground level and work with troubled borrowers to prevent additional foreclosures that will further weaken the market.

We need to make certain that foreclosures take place ONLY when there is no option available that would be preferable to both the borrower and the investor. It is critical for servicers to review all options on any given delinquent loan before deciding that foreclosure is the best course of action.

Certainly foreclosure cannot be avoided in every case. However, servicers must identify those instances where both the borrower and the investor would be better off modifying the loan than foreclosing on it.

I can‚Äôt emphasize enough how important it is that servicers be willing and diligent in offering assistance to troubled homeowners: It is key to the pace of economic recovery.

I have seen little to no evidence of improvement in the operational performance of servicers since the onset of the crisis in 2007: Until these operational problems are addressed once and for all, the foreclosure crisis will continue and the housing sector will languish.

Now, it is time to pay back the American citizenry in full, and not just in the literal sense, but in the sense that there must be reciprocity and mutuality in our structuring of economic policy so that we do not travel this low road again. Bluntly stated, the government reluctantly provided the taxpayer funds necessary to unfreeze the financial markets and get our financial institutions on their feet again, with the expectation that the benefits would be directly meaningful to those taxpayers in their households and communities.

The financial institutions that have been bolstered directly and indirectly by government subsidy and aid must now seek to support those who have been buffeted and injured by the housing crisis.

This must go beyond the corrective actions that need to be taken to rectify current deficiencies. It means that financial institutions need to understand the effects their actions will have on consumers and the country as a whole, and factor those considerations in to their business decisions.

Yes, our economy has started to rebound, but we need a strong housing market in order to ensure a complete, stable, and sustainable recovery. The meltdown in the housing sector set off our economic crisis, and the reconstruction of the housing sector will help bring it to a close.

Had we started out in 2009 with a fair and effective loan modification process, how many homeowners would be attempting to litigate over document fraud, securitization fail, and countless other legal challenges that at best cost untold thousands, and at worst just flat out fail far more often than anything else?

And that‚Äôs a fact, folks.¬Ý You want to get mad at me for stating the truth… I guess that‚Äôs okay… it‚Äôs disappointing, but there‚Äôs certainly nothing I can do about it.¬Ý I‚Äôm never going to be someone willing to lie in order to be popular.

I do think many will ultimately remember that they heard it here first… that it‚Äôs about to get worse, not better.

It‚Äôs up to us to force things to change and we have the power to do it… but not as divided as we stand today.¬Ý The way we are today, in terms of being any sort of ‚Äúmovement,‚Äù I‚Äôm quite sure that I‚Äôll be re-posting Sarah Bloom‚Äôs speech again two years from now and it will be as relevant as it is today… and as it was two years ago.