Home  »  What Happens in Nevada with Foreclosures, Ends Up on Mandelman Matters

What Happens in Nevada with Foreclosures, Ends Up on Mandelman Matters 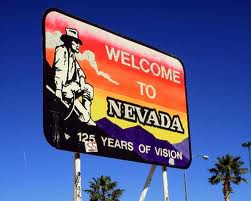 After more than two years since legislation in Nevada almost brought foreclosures to a standstill, the news going forward for Nevada homeowners facing foreclosure is not good.

The Nevada state legislature has passed amendments to the Nevada Revised Statutes (NRS) that, in a nutshell, are intended to make it easier for lenders to foreclose using the stateās nonjudicial foreclosure process.Ā  The legislative changes were contained in the eight pages of Assembly Bill 300, already signed into law by Governor Brian Sandoval and effective as of June 1, 2013.

Most notably, the new changes include…

Now, that is by no means all of what the new Nevada foreclosure law says or amends.Ā  It also says lots of other stuff… like this, for example:

And as to what all that means… at least to me… is that you need a lawyer licensed to practice in Nevada and highly experienced in this area of the law.

Obviously, Nevadaās nonjudicial foreclosure process will be much easier going forward for lenders… for homeowners not so much.Ā  After all, who needs all that pesky āunder penalty of perjuryā stuff.Ā  In addition, the new law allows statements that are still required to be made under penalty of perjury in affidavits to be made based on a review of ābusiness recordsā or whatever records can be found at the county recorder.

So, in other words, in Nevada itās basically back to… āJes, your Honor… I checked it out and it looked berry, berry good to me.āĀ  And… case closed.

Itās worth noting that these legislative changes should come as very little surprise to anyone in Nevada or elsewhere.Ā  Earlier this year, I produced a Mandelman Matters podcast with Nevada bankruptcy and foreclosure defense attorney, Gloria Petroni titled, āUnfreezing Foreclosure in the Nevada Desert,ā that talked about the problematic impact of Nevadaās state law, AB 281, that in 2011, essentially made foreclosing impractical, if not impossible.Ā  And Las Vegas foreclosure defense attorney, Tisha Black Chernine, who was involved in authoring AB 281, has also weighed in on the old and new Nevada law.

The banking lobby has been working diligently to amend that law since before it was passed… while Nevada homeowners, after cheering their Attorney Generalās courageous pro-consumer stances, have been pretty much napping since foreclosures fell off a cliff in 2011.

In 2012, a study conducted by the Federal Reserve helped fuel the banking lobbyās efforts to amend the law by concluding that delays associated with the foreclosure process had no measurable long-term benefits, often prolonging housing market recoveries.Ā  And, okay… so thatās kind of hysterical when you think about it, but still… that such legislative changes finally came to pass in Nevada is hardly a shock.

You can see what’s gone on in Nevada by reading Tim Reid, writing for Reuters in June of last year…

Ricky Beach, a real estate agent in Reno, Nevada, said the new law, AB 284, “has pretty much killed the market here.” The lack of foreclosure activity has led to a dearth of inventory, he said.

This has triggered a “mini-bubble” in housing prices because the few properties available are receiving multiple bids. The only problem: No one thinks the gains are sustainable.

“The bill did nothing to solve the crisis – it’s just prolonged it,” Beach said. “Sooner or later the banks will work out how to deal with the law. And then foreclosures will hit the market, and prices will crash back down.”

Malik Ahmad, a Las Vegas foreclosure defense lawyer who has spent the last six years trying to help vulnerable borrowers deal with unscrupulous banks, said the law had completely changed his view of the nature of the crisis.

“This law has become a mockery,” Ahmad said. “I am now turning down clients every day who I know have no intention of ever trying to pay their mortgage. They just want to stay in their homes for free. And that is a bad situation for everyone, lenders and homeowners.” 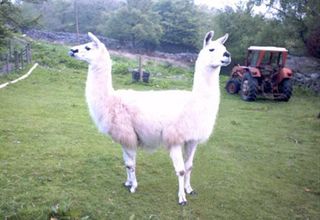 However, continuing in the rich tradition of inconceivable inconsistency…

I also recently covered Nevadaās state legislature contemplating the adoption of its own version of Californiaās Homeowner Bill of Plights.Ā  So, in the fashion of Hugh Loftingās pushmi-pullyu… while the Nevada state legislature was making it significantly easier to foreclose non-judicially, they were also considering passing new laws to make it more difficult.

So, itās certainly nice to see a focused and coordinated effort… especially after six years of demonstrating a dearth of ideas and appalling lack of competence such that the world has rarely seen.Ā  Crackerjack work… Nevada lawmakers… absolutely crackerjack.

One last point though…

Do you see the writing on the desert floor here?Ā  Itās not getting better… itās not getting easier… and this crisis is nowhere near over.Ā  We, as homeowners, have to remain vigilant and committed, continuing to put pressure on servicers and state legislatures to pass laws that make the foreclosure… and foreclosure avoidance process more fair.

It absolutely fascinates me, for example, that the Nevada legislature, in amending the law, took the time to write in a sentence saying: ārequire an affidavit containing a local or toll-free telephone number at which borrowers can obtain the current balance of their loan and various additional information,ā BUT DIDNāT THINK TO INCLUDE A SINGLE WORD THAT WOULD MAKE THE LOAN MODIFICATION PROCESS BETTER FOR HOMEOWNERS?

How can this be… it’s 2013, for heaven’s sake.Ā  In what is supposed to be a representative democracy, I would think that would be considered an unforgivable oversight, no?

And if you are at risk of foreclosure in Nevada and do want to talk to a lawyer, my trusted attorneys are Tisha Black Chernine in Las Vegas, and Gloria Petroni in Reno.Ā  Both are great to talk to, and highly experienced when it comes to helping homeowners avoid foreclosure.