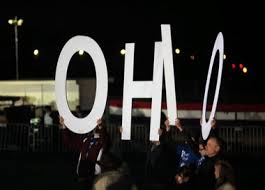 As of April of this year, foreclosure activity in Ohio had accelerated to the third highest level in the nation, and it’s not just “activity,” we’re talking huge jump in actual sheriff’s sales and bank repossessions.  According to RealtyTrac, April’s numbers represented a 12 percent increase over March, but a 23 percent increase as compared with April of 2012.

And that’s not even the worst of it.  Sheriff’s auctions in Ohio were up 73 percent in April compared with a year ago reaching the HIGHEST LEVEL IN FIVE YEARS.

But, last year’s headlines had proclaimed that the state’s foreclosures had fallen compared with 2011… and they did fall as it turns out… by a whopping 1.5 percent.  So… woohoo!  Of course, 2012’s foreclosures were down by 17.6 percent compared with 2010, according to Supreme Court of Ohio data, but 2010 was the beginning of the year of the robo-signing moratoria… remember?  Kind of a temporary thing, right?

Here’s a fact about Ohio foreclosures that’s not nearly as fleeting… before foreclosures dropped temporarily in 2010, their number had increased for 14 consecutive years, peaking in 2009 at almost 90,000, according to Court News Ohio.

Talking about Ohio’s economy today, David Rothstein, Policy Matters project director, and author of the group’s annual foreclosure report “Housing Insecurity” that was released in May recently said the following… “The economy cannot recover with 70,000 new foreclosure filings a year.”

Now there’s a guy who has a fabulous knack for plainly stating the obvious truth.  Foreclosures increasing in Ohio for 14 consecutive years… peaking in 2009… temporarily declining in 2010… and then returning to their march onward and upward… is not a small or temporary problem.  It’s a perfect real life example of what I’ve said in countless articles over the last five years when asked at what point the foreclosure crisis will end… foreclosures breed foreclosures.

There are a few economic facts that you can take to the bank, no pun intended.  Each foreclosure puts downward pressure on the values and prices of surrounding homes… which means more homeowners find themselves underwater… owing more than their homes’ worth… and once underwater, life events cause foreclosure because once underwater you can’t sell your home… so, divorce, illness, injury, job loss… and you can find yourself facing foreclosure sooner than you might think.

And it doesn’t matter how rich or poor you are… precious few in our society can afford to maintain their lifestyles after so many months without income, or after facing a six-figure medical bill.  If you want an idea of how many foreclosures are to come in the future… just find out statistically how many people out of a thousand will be faced with divorce, illness, injury or job loss… overlay the data with the number of homes underwater… and you’ll have a pretty good starting place.

Having an underwater mortgage means living without a net, but with frozen credit markets too… well, there was no doubt about what was to come.  Consumer spending stopped on a dime as unemployment started rising.  The economic storm was upon us so quickly that most never even had time to put on a jacket or grab an umbrella.

Even with gargantuan stimulus programs flooding the markets with liquidity and interest rates at zero… we had nowhere to go but down as the spiral began to feed on itself.  We were spending less and therefore earning less, which only fed the growing foreclosure pyre.

That’s all that could have happened.  And it’s a long way from being over… in Ohio and throughout the country.  The millions of underwater loans represent lost demand for real estate.  Tighter credit markets mean less demand still.  Lower incomes… fewer jobs… wealth lost… all mean demand can only be lower than before these things were framing our lives.

“The increases in home prices continues to be driven by the bottom third of the housing market.  The investor activity in this segment of the market, undoubtedly is a major factor driving home prices higher.  Homeowners will inevitably get caught up in this sort of boom-bust cycle with many likely paying too much for a house and ending up underwater after prices correct.”

Of course, in some states it will be better at various moments than in others… and 1938 was one of the worst years of the Great Depression.  So what?  We’re bumping along the bottom at best.  The bond market is poised to dive… stocks are dependent on one crazy bald economics professor with a beard.  And it’s clear we’re just going to keep propping up the EU indefinitely, hiding behind the IMF, of course.  If this is a “recovery,” you can keep it.

But, make no mistake about it… states like Ohio are circling the drain while nothing is being done to make the situation better for the state’s homeowners.  This year and next we’re going to see the largest sales of non-performing loans to investors who are only going to be interested in foreclosing , evicting and dumping homes on the market… under market.  Prices will again fall… and then rise… and then fall again, as more inventory is dumped on the market.

Ohio homeowners need to recognize that the delays are ending and foreclosures are going to increase.  In my opinion, it’s not a maybe… it’s a certainty.  Don’t wait in denial for things to happen to you… develop your plan and take control now because we’re on our own and this crisis will not stop on it’s own.

There is some good news though… are you sitting down… and taking Valium?  According to Ohio.com…

Foreclosure settlement checks are coming and will be bigger than expected.  Ohio Attorney General Mike DeWine announced Tuesday that Ohioans who lost their homes through foreclosure will receive about $1,480 each through the National Mortgage Settlement.  The checks will be mailed between Monday and June 17, he said.

“The National Mortgage Settlement concluded that mortgage servicing was so broken in this country, nearly everyone who lost their home to foreclosure suffered some sort of servicing abuse,” DeWine said. “While the settlement can’t make Ohioans who lost a home to foreclosure whole, this compensation can provide some relief to those facing financial hardship.”

Just when I thought that nothing could make me more offended here… I was entirely wrong.

Until my wife and I were in our mid-forties, nothing bad ever happened to us.  Our lives were blessed.  Both of our parents were still married… still healthy… we had above average incomes… many good friends around us… a happy and loving marriage.  Life was as close to wonderful as I ever imagined it could be.

Then one sunny day, without warning, I watched in horror as my truck spun around at 70 miles per hour after being struck from behind by a drunk driver… before flipping over and rolling up a hill at the side of the freeway.  It was my first car accident after 30 years of driving, and it could have easily been my last drive… my chest was broken… but I was lucky.  Three months in bed… it cost me a summer with my wife and daughter… but I was lucky.  My business would go on, my income stayed the same.

Once able to travel, and only days before we planned to leave for a vacation, the inconceivable happened… there was no stopping the tears… feelings of overwhelming fear and panic… we were facing  breast cancer… and it was life-threatening.  It was the last day I would walk into the consulting firm I had founded 15 years earlier.  My wife would be the captain… I would be the coach… and we would beat this terrifying threat to our lives together… we had to… and we did.

And we were lucky… very lucky.  We had savings… and I could always make a living consulting on a freelance basis from home.  Others would take the bus to chemotherapy… we were so very lucky.

A year later our global economic meltdown would begin and soon after I would start writing about it.  I wanted to do whatever I could so that homeowners would understand that was happening was not their fault… it was not a “sub-prime crisis,” as Fed Chair Bernanke had called it… he was just plain wrong.  It would not be “contained to the sub-prime sector.”  The only place it would be contained to would be planet Earth.

I wanted to help homeowners better understand what was happening because for the first time in my life, I knew what it was to be afraid of what life could bring without warning or sympathy.  I knew that it wasn’t about how hard your could punch, but rather it was about how hard you could get punched and keep moving forward.

That’s why I started writing Mandelman Matters… it’s the same reason I still write today… and God willing, I’ll be writing as long as I can help in whatever way I can.