Nevada Legislature Considers Passing its Own Homeowner Bill of Rights 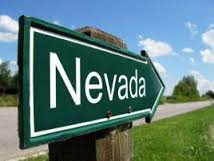 In 2011, and in response to the ŌĆ£robo-signingŌĆØ scandal that would eventually lead to the National Mortgage Settlement, Nevada became the first state to do something legislatively that served to reduce the number of foreclosures dramatically.

The bill, AB 284, required banks to sign affidavits stating that the person signing had personal knowledge of all documents related to a foreclosure, and it provided for a monetary fine for recording false documents in the county recorderŌĆÖs office… things like that… and immediately after the bill became law foreclosures across the state fell by something like 80 percent.

NevadaŌĆÖs Attorney General, Catherine Masto, was applauded by homeowner advocates all over the country for having the courage to stand up to the too-big-to-fail financial institutions and protect middle class homeowners.

It was never intended to be, nor would it prove to be, any sort of permanent solution to the foreclosure crisis in the state, and by March of this year, RealtyTrac reported that Nevada had seen a 334 percent year-over-year increase in notices of default being filed… a 17-month high also representing the highest in the country in February.

CaliforniaŌĆÖs legislature had tried to pass legislation favoring homeowners at risk of foreclosure in 2009, 2010 and 2011… but the bills all failed after being killed by the banking lobby in their various committees.┬Ā Then in 2012, in response to what had emerged related to the National Mortgage Settlement, CaliforniaŌĆÖs Attorney General Kamala Harris threw her considerable weight behind a series of bills that became known as CaliforniaŌĆÖs Homeowner Bill of Rights… and the new laws went into effect in January 2013.

Basically, CaliforniaŌĆÖs Homeowner Bill of Rights codified into law, the same sorts of rules and standards the servicers had agreed to in the settlement with the AGs from 49 states, and provided for a private right of action and statutory damages, so homeowners would be able to turn to the courts for relief in certain cases where the rules were broken.┬Ā Among other things, the new laws prohibited dual tracking, which is the practice of initiating a foreclosure while a loan modification is still being considered. 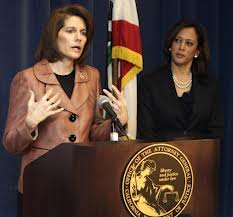 And as a result, CaliforniaŌĆÖs AG was heralded by homeowner advocates across the nation for her courageous stance in favor of consumers.

Well, now NevadaŌĆÖs legislature is considering adopting its own Homeowner Bill of Rights, and in fact, the bill… SB 321… has already passed the Nevada State Senate and is headed to the House.

Somewhat similar to CaliforniaŌĆÖs version, SB 321 would provide additional protections for the stateŌĆÖs homeowners facing foreclosure.┬Ā It too would prohibit ŌĆ£dual tracking,ŌĆØ require lenders and servicers to inform borrowers of possible alternatives, render decisions on loan modifications, and provide a ŌĆ£single point of contactŌĆØ to work with the homeowner before filing a notice of foreclosure.┬Ā If youŌĆÖve been following the developments related to the foreclosure crisis, itŌĆÖs nothing you havenŌĆÖt heard before, but bankers are still opposed, saying that in light of the National Mortgage Settlement and given the new rules issued by the Consumer Financial Protection Bureau, the legislation is simply unnecessary.

ItŌĆÖs a predictable and familiar argument, and one that I could argue either side of, but the national settlementŌĆÖs servicer standards only apply to the five largest servicers, so a new state law would expand the same sort of protection to all servicers, and I donŌĆÖt think thatŌĆÖs such a terrible thing. 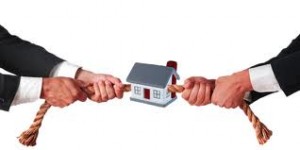 However, both sides agree that the new Nevada law wonŌĆÖt save everyoneŌĆÖs home from foreclosure.┬Ā The fact remains that loan modifications are and will remain voluntary… they are granted at the sole discretion of the servicer… no one can force the modification of a mortgage in any state in this country.┬Ā If the servicer or investor determines that someone canŌĆÖt afford to make the monthly payments offered by the terms of the modification, then ultimately thatŌĆÖs the final word on the subject and the foreclosure will proceed.

Bills like the Nevada Homeowner Bill of Rights really just attempt to force servicers to properly consider borrowers for modification prior to foreclosure, preventing homeowners from losing homes without giving them a fighting chance to renegotiate some sort of alternative arrangement.

In an imperfect world, itŌĆÖs the sort of legislation that goes in the ŌĆ£better than nothingŌĆØ category, and it has helped to some degree, I think… although admittedly it would be hard for me to prove objectively. 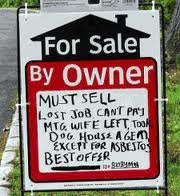 IŌĆÖve pointed out on numerous occasions in articles IŌĆÖve written over the last four years that the foreclosure crisis is a crisis people only come to understand once it touches their personal lives.┬Ā Until then, most people just think homes are lost to foreclosure because people either bought irresponsibly or just can no longer afford the home for whatever reason and nothing can change the outcome of a foreclosure.

Well, interestingly, NevadaŌĆÖs proposed new laws to protect homeowners are being sponsored by Assembly Representative James Healey (D-Las Vegas) and Senator Justin Jones (D-Clark County), both of whom were recently personally affected by the conditions that have created the foreclosure crisis.

Healey found himself struggling to refinance his own home that, no surprise here, had lost considerable value since the recession began.┬Ā He told his peers in the state legislature that his bank had given him the runaround… he never talked to the same person twice… that it went on for over a year before he was told that he did not qualify to refinance… that he was told to stop making his payments… and ultimately agreed to a short sale, which was a process that took another nine months.

Oh, poor baby… I feel his pain and outrage, donŌĆÖt you?┬Ā Go get ŌĆśem Mr. Assembly Representative… you go girl… throw some of that political weight around.

Speaking to other member of the Nevada House of Representatives, he said…

ŌĆ£These are the types of stories we as legislators should not stand for.ŌĆØ

Absolutely right… but the thing is… itŌĆÖs 2013 and you guys could have paid a bit more attention to the situation… oh, I donŌĆÖt know… IŌĆÖm thinking FIVE OR SIX YEARS AGO… you know, instead of the rest of the stateŌĆÖs residents having to wait until you end up having to short sale your own homes.

Politicians, IŌĆÖve come to realize, have a special gene that prevents them from feeling embarrassment, shame or humiliation because if I stood by and did nothing for five years as my constituents lost homes as has happened in Nevada in a wholesale way, IŌĆÖd be a little sheepish starting a fuss just because it finally happened to me.

The other sponsor of the bill, Jones, is an attorney who, when his grandparents found themselves unable to make the mortgage payments on their retirement home they had bought in 1995, figured he would be able to help them refinance and save their home from foreclosure without… I donŌĆÖt know… maybe helping them out by giving them a few bucks every month just as my wife and I, along with my two brother-in-laws have done for my in-laws the last 10 years.

Anyway, he says the stress on his ŌĆ£Nana Tai and Grandpa Paul was enormous,ŌĆØ and after their servicer filed a Notice of Default, they decided to sell the home… so obviously they must have had equity in the property.

Why thatŌĆÖs just outrageous… you donŌĆÖt mean to tell me that an older couple found they could no longer afford to live in the home they had bought for their retirement years, so they had to cash out their equity and downsize?┬Ā Heavens thatŌĆÖs unheard of, Senator Jones.┬Ā I share your outrage… what happened to Nana and Papa was just wrong.

ItŌĆÖs also something that happens to the elderly in this country… hmmm… how about every single day and many times each day to boot.

Oh well… I suppose itŌĆÖs better late than never for these guys.┬Ā Maybe once the foreclosure crisis has spread so far that it gets a chance to impact every one of our elected representatives at both state and federal levels, weŌĆÖll finally see some changes that force this crisis to be handled in such a way that it actually ends, which will benefit us all.

ItŌĆÖs going to be a while longer though, because the higher up the food chain you are, the longer it will take before you feel the water rising.┬Ā And by the time this crisis personally impacts those at the top, we will have fallen a lot farther down economically than we are today.

But, at least I can have hope for the future, because no one is getting out of this crisis unscathed.

Until then… see you in the soup lines!┬Ā And please, remember me fondly when weŌĆÖre all there.

Please sir, can I have some more? 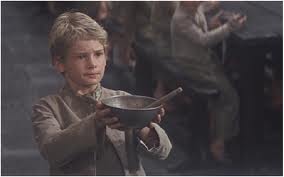