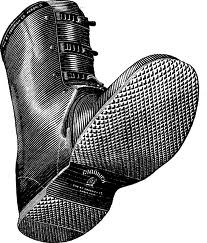 Hereâ€™s some further evidence of the housing marketâ€™s and the overall economyâ€™s inexplicable, but unstoppable recovery… in Maryland foreclosures in April were up by 154 percent year-over-year… home auctions were up by 199 percent compared with last year at the same time.

According to WUSA 9, Marylandâ€™s foreclosure process is slower relative to other states, although I donâ€™t know what difference that is making… do they mean to imply that more foreclosures are lurking in the relatively slow process?Â  One county was apparently up by an inconceivable 6800 percent, according to the story on the local news broadcast.

Once again, RealtyTrac’s Daren Blomquist was on then scene with a quote, saying…

“The other shoe is dropping in Maryland when it comes to foreclosure activity as foreclosures slowed down by the state’s foreclosure mediation law and faulty foreclosure paperwork are finally working their way through the foreclosure pipeline.”

Is it just me or is English a second language for Derwood?

Apparently, Maryland enacted a new foreclosure mediation law that went into effect in August 2010, and it caused some kind of dramatic drop in foreclosure activity.Â  My best guess would be that the new mediation program frowned on the use of â€śrobo-signedâ€ť and other cartoonish and manufactured documents, and it seems to have taken almost three years to fix things to the point that banks and foreclosure mills feel secure enough in their documentation to return to the foreclosure circus in the state.

Seriously?Â  Is that right?Â  I mean, the new mediation law went into effect in August of 2010… and foreclosures are now spiking by triple digit numbers as summer is starting in 2013, right?Â  So, where was everyone in 2010, 2011 and 2012?Â  The way Dumdum and WUSA 9 are making it sound, these foreclosures arenâ€™t new… theyâ€™re part of a backlog thatâ€™s been stuck in the mud of mandatory mediation for almost three years?

Dustin says RealtyTrac expects the wave of foreclosures to last all year and acknowledges that they, â€śmay slow home appreciation in Maryland in the short term,â€ť but heâ€™s not worried about any sort of double dip in home prices as a result.

When Dingbat says these foreclosures â€śMAY slow home appreciation,â€ť in Maryland… donâ€™t you wonder what else heâ€™s thinking they could possibly do, you know, if they didnâ€™t put downward pressure on the stateâ€™s housing prices?Â  Like, do you suppose he thinks that perhaps these foreclosures might make home prices increase but heâ€™s just not sure?

Anyway, the point Iâ€™d just like to make is do you see why I have so little confidence in the numbers of foreclosures that the various data providers report? 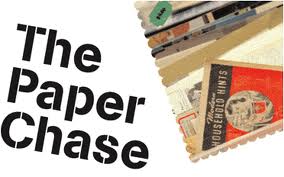 Here we have Maryland, and oh my goodness, look at what just popped up out of nowhere.Â  It would seem that there have been a big pile of foreclosures just hiding under the stateâ€™s mediation program for almost three years… so, for almost three years, the banks havenâ€™t been foreclosing as they played the home version of the game, Paperchase.Â  Thatâ€™s just great.

So, how do I know where the other undiscovered and unreported stockpiles of foreclosures are hiding as the banks wait until they feel like recognizing losses, having fixed the document problem to the degree that they can start booting people out of their homes once again?Â  The answer is… I donâ€™t know where the shoe will fall next.Â  It could literally be stomping on homeowners anywhere, and only the bankers know for sure.

So, stop asking me to believe that anything reported about foreclosures decreasing means anything… obviously it doesnâ€™t.

And one last thing… if I were the governor of a state that passed a foreclosure mediation law that went into effect in August of 2010… and foreclosures virtually came to a halt after that and remained like that for almost three years before starting up again… I donâ€™t know about you, but Iâ€™d cry FOUL!

Iâ€™d ask the banks what theyâ€™ve been doing during their foreclosure hiatus, besides fixing fake documents and skirting the state law?Â  Iâ€™d be asking… well, have you been trying to work out modifications with all these folks over the last 30 months? 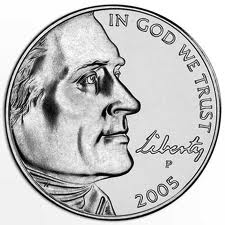 Because if not… and Iâ€™d bet you one shiny new nickel… itâ€™s not… then Iâ€™d make the servicers stay after school and see who still qualifies for a modification at this point, as compared with who would have qualified had the modification been offered 30 months ago.

Iâ€™m sure, since the economy is growing like a weed according to the government reports and echoed by the mainstream media, it only stands to reason that many of those homeowners that were financially strapped two years ago are today back to work and making bank.Â  So some of those folks should be given another loan mod looksie, should they not?

Oh, hell… what difference does it make… blah, blah, blah… Iâ€™m just talking to myself over here.Â  Never mind, I donâ€™t know why I even bother trying to making sense anymore.Â  Maybe I should just react like everyone else does when they read these fractured fairy tales, and just say…

â€śWow, did you see the numbers of foreclosures in Maryland?Â  Hand me the remote, I think COPS is on Channel 5.â€ť

Alrighty then… weâ€™ll let you go back to bed then.