Home  »  Alabama Slamma’ – Not for Better, Far Worse… As Foreclosures we Chart.

Alabama Slamma’ – Not for Better, Far Worse… As Foreclosures we Chart. 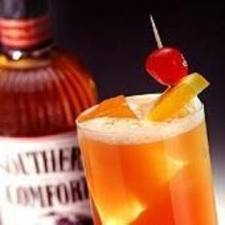 We seem to be having a national recovery in much of the media, but in the states themselves the numbers are refusing to cooperate.Â  I guess if you can have a â€śjobless recovery,â€ť then you can probably have a national recovery without states being involved.

According to a wonderfully dizzying article on AL.com – All Alabama, the southern state is facing some roadblocks to the recovery of its housing market.Â  According to words used in the articleâ€™s headline, â€śforeclosures are crippling the stateâ€™s housing market, despite a national trend.â€ť

Ready to have some fun?Â  Here goes…

First letâ€™s tackle the easy stuff… home sales in Alabama are down by more than eight percent year-over-year, according to the latest CoreLogic report, and the average homeâ€™s price in Alabama fell by approximately three percent since last year.

Well, except in our economy where up is down, down is up… where we recover on the news and inside the Beltway… but not on the actual streets in the towns where we all live and work.

CoreLogicâ€™s data shows that in Nevada, home sales were down by 9 percent this year as compared with last, but the average price of a home in Nevada led the entire country, increasing by 22 percent!

And at the same time, in Illinois, the average homeâ€™s price fell by 1.8 percent since last year, but the volume of sales went up by 17.4 percent.Â  So, in Illinois, demand went up in a big way… while prices moved in the opposite direction.

Isnâ€™t this great?Â  Youâ€™ve got to love this, itâ€™s like a solar eclipse or something.Â  Itâ€™s not every day when you get to watch 10,000 years of economic principles get turned on their collective head… if thatâ€™s what is actually happening.

The AL.com article says itâ€™s the distressed sales that are causing Alabamaâ€™s problem, with 18.4 percent of homes sold in the last 12-months classified as distressed by CoreLogic.Â  And to make matters worse, according to the article, a year ago only 15 percent of home sales in Alabama were distressed.

So, with distressed sales in Alabama rising, the stateâ€™s home prices can be expected to continue going down… and when home prices fall, more homeowners find themselves underwater, which leads to an increase in foreclosures… which in turn means more distressed sales as more foreclosed homes hit the market.

In Alabama, over 18 percent of homeowners are reportedly underwater, and based on that data, Alabama has the 17th highest percentage of underwater mortgages in the nation, and with its increasing volume of distressed sales, it appears as the percentage underwater is poised to rise. 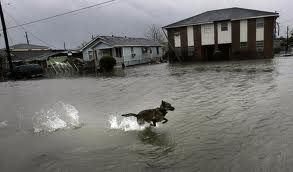 However, once you factor in sales commissions and moving expenses, that percentage is probably closer to 23-25 percent, so that could affect the stateâ€™s ranking nationally… or maybe not… for the life of me, I canâ€™t figure out why anyone cares about such national comparisons.Â  What possible difference does it make how bad your economy is doing in terms of how it compares with another stateâ€™s situation?

The question raised by AL.com is…

â€ś… it’s not news that foreclosures hurt real estate markets. What is interesting, however, is that while foreclosure sales are down 23 percent nationwide over the past year, Alabama’s foreclosure problems have intensified.â€ť

Yes, indeed, I would agree… that would be quite a conundrum, if it were true.Â  But, alas… none of this housing market data nonsense comes anywhere near â€śtruth.â€ť

AL.com reported that Alabamaâ€™s foreclosure inventory is down by 25.5 percent compared with last yearâ€™s numbers, and based on the stateâ€™s sales volume, it has 9.7 months worth of distressed inventory, which is supposedly, â€śone of the nation’s largest supplies of distressed homes, ranking ninth overall.â€ť

And the percentage of Alabama homeowners who are more than 90-days delinquent on their mortgage payments only dropped by six percent since last year, and CoreLogic places Alabama in the bottom ten states in terms of its reduced percentage of seriously delinquent loans.

Of course, the fun thing about economists these days, is that you can find one to chime in whenever you feel it might spice things up a bit.Â  And along those lines, the AL.com article wrapped up with a quote from the chief economist for Associated Builders & Contractors who said â€śslow job growth in Alabamaâ€ť should be blamed for keeping the stateâ€™s housing market from â€śheating up.â€ť

Hey, thanks for that Mr. Chief Economist for builders and contractors.Â  That cleared up a lot.Â  So, youâ€™re saying that people having jobs would be good for the economy… because… give me a minute… because then theyâ€™d have more money with which to buy the homes, am I right?Â  Iâ€™m right, I just know I am… this is so fun… itâ€™s like college without the giant bong in the middle of the room. 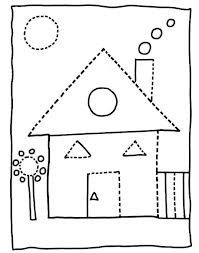 Okay, so I can tell Iâ€™m going to need to connect the dots here…Â

The reason the data makes no sense, is not because the fundamental principles of economics are no longer holding true, itâ€™s because weâ€™re not looking at a true market, weâ€™re looking at a market thatâ€™s so distorted and manipulated by everyone involved that the numbers are getting wacky all over the place.

Like, the percentage of distressed homes sold in Nevada last year going down from 55 to 43 percent.Â  I actually visit Nevada fairly often, at least 3-4 times a year, and I can tell you from having seen the place up close and personal… just about all the homes in Nevada are distressed in one way or another.Â  They might not be classified as such, but that doesnâ€™t change what they are.

Remember what new law caused foreclosures to fall by 80 percent in 2010… AB 284… that right!Â  Bank of America hasnâ€™t sold a home in Nevada in like two years, for example.Â  Iâ€™ve written extensively about the fact that foreclosures will be starting up again, and they already have, but itâ€™ll take a little while before the distressed sales numbers come to accurately reflect whatâ€™s really happening in Nevada, as opposed to what CoreLogic says is happening there at this moment.

In addition, if youâ€™ve been following my blog, you also know that last roughly 50 percent of the homes bought in Nevada were all cash deals, and cash deals do not a real estate market recovery make, capisce?

One more time… the banks have slowed down their foreclosing in states that have made it harder or more risky to do so, such as in California as a result of the stateâ€™s new Homeowner Bill of RIghts.Â  And there are other states, where the courts are clogged to such a degree that it could take centuries for the foreclosure backlog to clear up, and you can see why pursuing foreclosures under those circumstances might be seen as less than productive by a bank or servicer, right?

None of this means that people are better able to make their mortgage payments, or that theyâ€™re less delinquent on their loans… or that people are any more credit worthy than they were a few years ago… or that theyâ€™re wealthier… or more willing to spend… or have increased access to credit… none of this has anything to do with CoreLogicâ€™s methods of reporting on wether foreclosures are up or down.

So, Alabama is having a foreclosure crisis… why thatâ€™s news kind of escapes me, but if you werenâ€™t already aware of that fact, Iâ€™m glad I could be of help filling you in like that.Â  But, so are most other states in varying degree, and the crisis isnâ€™t going away anytime soon, just because we stop reporting on it… or stop sending out Notices of Default, or anything else thatâ€™s nothing more than the equivalent of playing Hide the Pink Mouse.

And thatâ€™s the truth.