Home  »  The Fed blew it on Foreclosures. Ooops, we ruined the country?

The Fed blew it on Foreclosures. Ooops, we ruined the country? 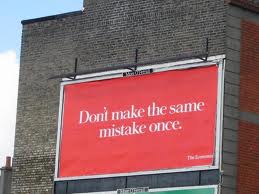 My mother was always a very understanding person.  She used to say things like, “Everyone makes mistakes.,” or, “Mistakes happen,”  whenever something inadvertently got screwed up.  And as parent, I’ve heard the same words come out of my own mouth too.

But, everything has its limits, right?  I mean, I don’t think my mom would have said, “everyone makes mistakes,” if someone driving down our street had accidentally run over one of her children.  Or, if she was getting her hair done at the salon and her stylist accidentally set her hair on fire… somehow I don’t hear her saying, “oh, it’s okay… mistakes happen.”

Well, two weeks ago a headline appeared in the Boston Globe, although it appears the story originally appeared in the New York Times, that was so disturbing that all I could do was stare at it before filing it away for a day when I needed some additional frustration.  It read, “ Data shows Fed doubted foreclosures’ link to crisis.”

Now, just on the face of it, that sentence should make everyone either enraged or bring them to tears.  Look at what’s happened in this country over the last five years.  My Lord, it’s darn near been an economic Armageddon.  We’ve watched a financial crisis cause essentially irreparable harm to the standard of living for hundreds of millions of people who once made up an American middle class that was the envy of people in countries all over the world.

Fifty million Americans are on food stamps today.  That’s a lot when you stop to consider that in 2005 there were only 11 million.  The number of people out of work, or working part time and wanting a full time job… or just no longer even looking for work at this point… would have to be considered depressionesque.  And having already lost five million homes to foreclosure over the last four years, we’re still looking at 5,350,000 mortgages over 30 days delinquent, according to the latest data from LPS, and yet we’re doing nothing new or differently than we were doing four years ago about the deplorable situation.

And so now I have to read headlines about how the Federal Reserve, the central bank for the world’s largest economy on the planet with an annual budget in the $6 billion range, with massive amounts of data and scads of experts on hand to interpret it… and they doubted that there was linkage between destroying the credit markets and eviscerating the trillions in accumulated wealth stored in the homes of this country’s middle class?  They doubted that?

Here’s how the story kicked off…

When Federal Reserve policy makers convened in August 2007, one of the nation’s largest subprime mortgage lenders had just filed for bankruptcy, and another was struggling to find the money it needed to survive.

Officials decided not to cut interest rates. The Fed did not even mention housing in a statement announcing its decision. The economy was growing, and a transcript of the meeting that the Fed published Friday shows officials were deeply skeptical that problems rooted in housing foreclosures could cause a broader crisis.

“My own bet is the financial market upset is not going to change fundamentally what’s going on in the real economy,’’ William Poole, president of the Federal Reserve Bank of St. Louis, told his colleagues at the meeting.

Yes, I remember those days quite well.  The credit markets were freezing solid as investors were dumping mortgage-backed securities having lost all trust in the ratings agencies and their AAA ratings that had been slapped on anything and everything mortgage.  The CDO market was about to collapse, and banks were already hoarding cash.  Within a couple of months, mortgages could no longer be found anywhere, and home prices were in a free fall as homes started staying on the market longer and longer before finally being pulled off completely.

It was terrifying and I kept saying that they’d better do something soon or the four-alarm fire would soon be impossible to control, much less extinguish.

Consumers stopped spending, unemployment started rising quickly, quarterly write-downs caused by FASB’s 157 & 159… the “mark-to-market” rules… were consistently in the billions… and still, Fed Chair Bernanke was acting like at worst we had hit a small bump in the road.

The article quoted Bernanke as saying…

“The market is not operating in a normal way,’’ the Fed chairman, Ben S. Bernanke, told colleagues on a conference call the next morning.

Actually, the market was operating normally, it was Bernanke that wasn’t.  In fact, I was stunned then and even more so now to read that he simply didn’t get what was going on.  And the fact that he clearly still doesn’t… well, now it only makes me sick.  Ben may have gotten 1600 on his SATs back in high school, but he’s an idiot nonetheless.  What he understands about the way the real world works you could put in a thimble.

By the way, we could have suspended the FASB regs causing the massive write-downs back then… something we finally did do in June of 2009, after the new rules, only adopted during the fall of 2006, had set I don’t know how many trillions on fire.  And we could have considered guaranteeing the AAA ratings, thus stopping the complete run on the mortgage-backed security bond market, and the subsequent total destruction of the credit markets, but hey… why even bother since according to the Fed we were barely even having a problem?

Bernanke, a former college professor and a student of financial crises, was typically understated as he explained that the Fed was pumping money into the financial system because private investors were fleeing.

“It’s a question of market functioning, not a question of bailing anybody out,’’ he said. ‘‘That’s really where we are right now.’’ 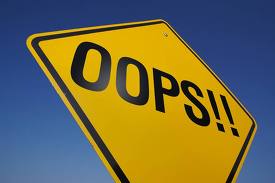 Am I going to fast for you, Ben, you dumb cluck.  What else could have possibly happened here?  It’s a leg bone connected to the ankle bone sort of thing… where did you get lost?

The article wrapped up saying…

More than five years later, the Fed continues to prop up the financial system, and the transcripts of the 2007 meetings, released after a standard five-year delay, provide fresh insight into the decisions made at the outset of its great intervention.’

They show that Bernanke and his colleagues continued to wrestle with misgivings about the need for action.

Yeah, well… I’m under doctor’s orders not to read those, this little memo of an article was more than enough for me.

My only question is… when your mistake destroys the world’s largest economy for 40 years or so… leads to ruining millions of lives… causes untold numbers of suicides… deprives countless thousands of educations… what is supposed to happen to you?  Does someone just say, “Oh well… mistakes happen?”

Yeah, everyone might make mistakes from time to time, but if your mistake… let’s just say… caused WWII and six million Jews to be killed… is that how it would be thought of… as an “ooops?”  If you make a mistake and cause harm on a scale of the Great Depression, what happens to you?  Don’t you even get fired?  Reprimanded?  A stern talking to?

Like Bernie Madoff, who stole $60 BILLION before turning himself in.  I’m not talking about Bernie, I’m saying, shouldn’t the head of the SEC have done the honorable thing and taken his own life?  Bernie stole $60 BILLION and then turned himself in?  I’m not asking for perfection here.  Am I asking too much to think that you could have caught him after he had stolen $30 BILLION?

So, maybe I’m getting older and less tolerant, but I’d actually be okay living in a country where someone responsible for making a mistake like the one made when the Fed “doubted there was linkage” between the foreclosures and the economic crisis actually was put to death as a result.  I don’t give a rat’s ass that it was a “mistake.”  Mistakes may happen, but when they lead to what’s happened here… well, turn on the damn gas and I may even go pay-per-view if it’s available on cable.

Or, maybe that’s inhumane… so fine.  Leave the guy in a room with a .45 and one round in the clip and tell him… do the right thing and save us all from ourselves.  You’re not allowed to make mistakes that ruin a nation for which millions have literally given their lives.  People get killed over a grand on the streets of this country, what’s the big deal?

Does that shock you?  Well… after four years, seven days a week… long-ass days… making no money, witnessing my fellow citizens being tortured… and nowhere near over… well… that’s just tough.

Like my daughter’s friends would say… sorry not sorry.