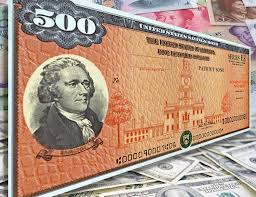 In the case of Roman Pino v. the Bank of New York, Royal Palm Beach-based foreclosure defense attorney Tom Ice got served yesterday when the Florida Supreme Court ruled that a bank cannot be held liable or punished for filing flawed or fraudulent documents in a case simply by voluntarily dismissing it.

While representing Mr. Pino in a foreclosure case back in 2010, Ice challenged a document created by the former Law Offices of David J. Stern.  He was scheduled to depose Stern employees about the document’s veracity when, wouldn’t you know it, the bank voluntarily dismissed the case, thereby preventing the court from addressing the issue of the fraudulently prepared document that had been presented to the court.

Ice Was on Fire…

He took the case up to the 4th District Court of Appeal and the court ruled that a voluntary dismissal could not be reversed, but that court also said that it wanted the Florida Supreme Court to rule because, “many, many mortgage foreclosures appear tainted with suspect documents.” 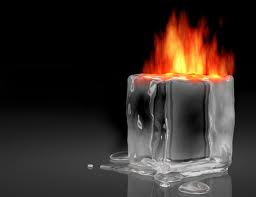 A voluntary dismissal, by the way, means that the bank can refile the foreclosure at a later date.  In this case, however, that wasn’t relevant as Ice negotiated a settlement with the bank that allowed his client to keep his house before the Supreme Court ruled.

“I would say the Supreme Court has spoken loud and clear that it doesn’t care about litigants that abuse the court system and that fraud is OK.  There are no ramifications if you get caught defrauding the court. Just take a voluntary dismissal and start over.”

Very cool.  So, keeping in mind that I’m not a lawyer, nor am I suggesting that anyone actually do what I’m about to describe, it would seem to me that what I could now do in Florida is sue whomever… fraudulently create the documents that will be used as evidence in the case, and if I get caught… voluntarily withdraw and go home safe and sound.  And if I don’t get caught, then I just collect my winnings and head to DisneyWorld, I suppose.

It occurs to me that this ruling would be fairly stunning at any point in our nation’s history, but today… when all you need is a Mac, some software and a reasonably competent 15 year-old in order to create a reasonable facsimile of a U.S. Treasury bond, it could be incredibly problematic and a real opportunity to cash in for those with the ethics of a… well, let’s say of a foreclosure mill… hypothetically speaking, of course.

Like, couldn’t I sue anyone with money for defaulting on an agreement… have my nephew crank out the agreement on his laser printer, complete with digitized signatures in blue ink and a notary stamp, and head to court to spin the wheel of fortunate justice.  If I get caught, I just ask for a short recess, run out and file whatever is needed to voluntarily dismiss the case, pick up my Get Out of Fraud Free card, and be home in time to enjoy a beverage while watching Donald Trump tell some idiot he’s fired.  Not much ventured, so no big deal.

And should I not get caught, maybe I get lucky with a default judgement or perhaps I’d be willing to settle for some reasonable amount… heck, five grand would seem like a cash bonanza when you consider how little it costs to put my nephew to work after school, as long as he’s home by dinner.

Predictably, the banks told the court the industry’s favorite scary bedtime story about the instantaneous and decades long dearth of loans that would lead to a “widespread financial crisis” sure to destroy Florida in the event the Supreme Court were to rule in favor of Pino.  In other words, without the ability to take a shot at foreclosing with fraudulent documents, life in the Sunshine State won’t even be worth living.

North Carolina bankruptcy and consumer attorney, Max Gardner, who has been successfully fighting creditors of all shapes and sizes for more than 30 years, says he wasn’t surprised to hear the bank’s arguments in the least, as he’s been hearing the identical argument from the bankers for at least 15 years.

“If you change the law to allow fill-in-the-blank, it will mean no more lending in fill-in-the-state,” explains Gardner.  “I think it’s simply a case of… why fix it if it’s not broke.  I imagine they’ll keep using it as long as it continues to be so effective.”

The bank’s lawyers also argued that their clients would even be reticent to file legitimate claims if, should an “error” be discovered in their paperwork, they couldn’t just drop the case, improve the quality of the forgery, and take another shot at stealing the home on a different day… LOL.  Okay, so that’s not what they said, exactly, but that’s how I heard it.

Again, according to the story in the Palm Beach Post, the the brief filed by the bank’s attorneys states…

“With large numbers of defaulted loans in their portfolios, members of the Mortgage Bankers Association and Florida Bankers Association no doubt occasionally will make clerical errors, lose promissory notes, or discover other deficiencies in their foreclosure complaints that mandate correction in the interest of fairness.”

Ands if any of that were even remotely related to the topic at hand, I think I might even agree with that sentiment.  However, that sentence really deserves to be somewhere else, because it’s a good sentence, but it has no relationship to what happened in this case… or any other case involving the Law Offices of David Stern, and/or his ilk.

We;re not talking about clerical errors, unless it’s now seen as possible that someone working in a Florida law firm, could bump their elbow, break a nail and accidentally create a fraudulent Assignment of the Deed of Trust, and lost note affidavit, notarized in Brooklyn, NY, and signed by a Vice President of MERS, who’s also a teller at Chase, and works for LPS in Farmers Loop, Alaska.

As in… “Whoopsie… I can’t believe I keep doing that.  Darn these nails.”

And as far as a Florida foreclosure mill reaching the conclusion that some sort of “deficiency in their foreclosure complaints mandates correction in the interest of fairness,” well I’m sorry but even with my overdeveloped imagination, I’m really struggling to picture what in the world a deficiency that rises to that level in the eyes of such a firm might entail.

I suppose if they noticed that their complaint accidentally included a photo of David Stern and Attorney General Holder in a compromising position… something like that might do it, I suppose.

Well, at least my imagination is still intact, which is a good thing because when you sit down to have breakfast and then hear news about something like this Florida Supreme Court decision, the best thing you can say these days is… well, imagine that.

Which beats the heck out of swallowing your fork.