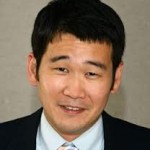 David Min is a nationally recognized expert on financial markets regulation, the law and policy of banking, real estate finance, and capital markets.  From 2007 through 2009, David was a Washington D.C. “insider.”  He was Banking Committee counsel for Sen. Charles E. Schumer (D-NY), and then served as senior policy advisor and counsel for the Joint Economic Committee of Congress.

No question about it… David was there when the lights went out.

From the end of the credit markets in July of 2007, through the collapse of Bear Stearns, the demise of Fannie and Freddie, and finally the beginning of the bailouts in September of 2008… David was not only on the inside, but it was his job to know what was happening at every turn.

Even with David working in Congress, and being a brilliant guy in general, after almost 900 articles and 100 podcasts, there aren’t too many people in the country that can keep up with me when discussing the foreclosure crisis… but David is definitely one of them.  He’s my favorite person to debate the future with, because he knows a whole lot about everything that’s happened in the past.

David spent over a decade working in financial regulatory law and policy.  He started out as a staff attorney at the Securities and Exchange Commission (“SEC”) and then as an associate in the Securities Litigation practice group of the Washington, DC, law firm Wilmer Hale.

He was also the Associate Director for Financial Markets Policy at the Center for American Progress, a policy think tank, where he oversaw the efforts of the Mortgage Finance Working Group, the group responsible for one of the leading proposals on housing finance reform.  In fact, the Wall Street Journal called the group’s proposal, “influential” and “one of the most detailed road maps yet for the creation of a housing-finance structure to succeed mortgage giants Fannie Mae and Freddie Mac.”

Today, David is a UCI Law School professor, but you’ll find him quoted fairly often on issues related to financial markets and housing finance issues by The New York Times, The Washington Post, The Boston Globe, Reuters, Associated Press and Bloomberg, and he is also a frequent contributor to radio and television programs, including NPR’s Marketplace, the Diane Rehm Show, CNBC and Fox News.

In this Mandelman Matters Podcast, David takes us through concise and easy to understand explanations of most of the major events since the meltdown began on July 10, 2007… the day the credit markets went into a deep freeze that continues to this day.  I think any Mandelman Matters reader is going to find what David Min has to say nothing short of fascinating.

Just make sure your speakers are turned up, CLICK PLAY below, and prepare to be taken through some of the most significant events of the economic meltdown by someone who was there… on the inside.  It will be presented in three parts, 30 minutes each.

HERE’S A LINK TO PART TWO.

Professor David Min in the News…

The Atlantic: Prof. Min writes that Fannie Mae and Freddie Mac did not cause the housing crisi