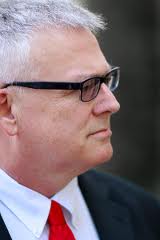 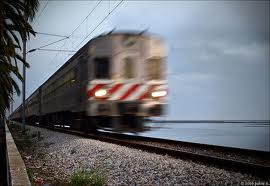 For the second time in the last two years, the Review Department of the State Bar Court has issued a published decision, i.e. a decision that it citeable precedent in the Court, where attorney discipline cases are adjudicated. Strangely, more than month after filing, it still is not listed among recent published cases on the State Bar Court’s website. The name of the case is In the Matter of Swazi Taylor. You can find the decision here and on Westlaw (2012 WL 5489045).

Taylor deals with the issue of the appropriate discipline for violation of Civil Code section 2944.7, conduct which is disciplinable through the gateway statute, Business and Professions Code section 6106.3. It isn’t the first decision that interprets section 2944.7 but it is the first published decision to do so, as footnote 8 reminds us.

Section 2944.7 regulates when an attorney may be paid for certain services related to obtaining a loan modification for a client. It says:

(a) Notwithstanding any other provision of law, it shall be unlawful for any person who negotiates, attempts to negotiate, arranges, attempts to arrange, or otherwise offers to perform a mortgage loan modification or other form of mortgage loan forbearance for a fee or other compensation paid by the borrower, to do any of the following:(1) Claim, demand, charge, collect, or receive any compensation until after the person has fully performed each and every service the person contracted to perform or represented that he or she would perform.

The statute was enacted in 2009 as part of SB 94, urgency legislation meant to protect the public from unscrupulous loan modification operations that had sprung up after the collapse of the housing market in 2008, during the early days of the Great Recession:

Although some loan modification consulting companies are reportedly acting in a reputable manner and providing significant value to their customers, there is significant anecdotal evidence that others are preying on borrowers’ fears of losing their homes and their ignorance of the options available to them, and charging these borrowers fees (often up-front, nonrefundable fees) for services the borrowers could obtain elsewhere, free-of charge.

Words like “reportedly” and “anectodal” convey the care with which this legislation was crafted, in contrast to the Federal Trade Commission’s exhaustive process that went into creating the MARS rule. While it was clearly recognized that some “loan modification” consultants were providing significant value to their clients, SB 94 promulgated a solution that penalized both scammers and attorneys seeking to provide legitimate and necessary services to mortgage borrowers: making it economically impossible to operate.

Part of the background was the belief in 2009 that the banks, the recipients of large amounts of Federal assistance, would be cooperative the Federal programs designed to assist beleaguered borrowers, thus obviating the need for lawyer assistance. We now know how delusional that was. Instead of cooperating, the lenders engaged in obstructive tactics to make if as difficult as possible for borrowers to obtain relief . Paperwork was routinely lost, borrowers were shuffled around to different offices of the lender, conflicting information was given, a process that lasted many months and sometimes years.

The demand for assistance was great and the first rule of a market based economy is that where there is demand for something, someone will supply it. Upon studying SB 94, it became apparent that the section 2944.7 , the catch-all section intended to regulate attorneys did not contain the explicit ban on dividing up loan modification services into sections or phases ( a practice that became known somewhat colloquially as “unbundling”) that the sections regulating real estate licensees did.

Clearly, the Legislature could have used that explicit language. Instead the statute banned payment until services “contracted for” or services as “represented would be performed” were provided. The difference persuaded many attorneys that they could provide loan modification services on an “unbundled” basis consistent with the statute, if the contract with the consumer, the document setting forth the attorney’s representations as to what services would be provided and when, was appropriate structured.

Three years and more down the road, Taylor now says that that this is incorrect. Adopting the construction of the statute urged by the State Bar of California, the first published decision interpreting the law says that you don’t get paid until the end of the process if the client is seeking a loan modification. Preliminary steps undertaken before actual negotiation with the lender are part of the entire process and cannot be paid for separately (Taylor, opinion at page 16.)

While Taylor is first published (and thus precedential) decision to interpret the statute, it is not the first decision to interpret the statute. Duenas v. Brown was a United States District Court case filed in 2010 seeking a determination that section 2944.7 was unconstitutional. Former Chief Trial Counsel James Towery was a defendant in that case, in his capacity as the State Bar’s top disciplinary enforcer. He was defended by both the State Bar’s Office of General Counsel and outside counsel, the respected law firm of Kerr & Wagstaffe. As part of his motion seeking to dismiss the complaint for lack of jurisdiction, Mr. Towery’s lawyers took a position directly at odds with the Taylor case in March 2011:

The fundamental flaw with this argument, and the reason there is no case or controversy and thus no federal jurisdiction, is that section 2944.7(a)(1) is not nearly as broad as Plaintiff contends. Rather, in order to address the proliferation of businesses and individuals which prey on vulnerable homeowners by promising to obtain a loan modification on the homeowner’s behalf for a fee, the statute restricts the timing of payments to any person for negotiating, arranging or otherwise performing a loan modification, that is, the timing of payments to a person for dealing directly with a lender on the homeowner’s behalf. It does not restrict or even regulate the fee an attorney charges for representing a homeowner in litigation or providing advice to a homeowner regarding a mortgage or a lender’s proposed modification of a mortgage. It is thus unsurprising that Plaintiff cannot identify any instance in which the statute has been enforced, or even threatened to be enforced, in the broad manner Plaintiff urges.

Section 2944.7, in contrast, only regulates the timing of payment for modification work. It would not, therefore, seem to require delayed payment for at least four of the six services Duenas requested. As to the timing delay, it is true that section 2944.7 prohibits payment until “each and every” modification service promised is completed, but it does not say that payment must be delayed for all “mortgage related services” until all such services are complete. In other words, the fact that Duenas was not able to hire Olender to help him with his three loans appears to have more to do with that attorney’s subjective, expansive reading of the statute.

Complaint dismissed. But by August 2011 the landscape had changed. Mr. Towery and four of his top managers had been purged from the State Bar in June 2011, a move that most knowledgeable observers attribute to the newly installed, politically connected Executive Director of the State Bar, Jim Dunn. Part of the impetus for the purge was almost certainly Mr. Towery’s candid report to the State Bar’s Board of Trustees in April 2011 that relatively few “loan modification” attorneys had been disciplined, despite the many hundreds of complaints. By August 2011, Mr. Dunn’s candidate for Chief Trial Counsel, “zero tolerance” Jayne Kim had been installed as interim Chief Trial Counsel. The stage was being set for an aggressive campaign against lawyers offering loan modification services on an unbundled basis, exactly the kind of broad enforcement of the statute that Mr. Duenas could not point to in March 2011.

But first, Mr. Dunn and Ms. Kim had other fish to fry. While disciplinary charges had been filed against Mr. Taylor in May 2011, the Office of Chief Trial Counsel’s principal theory was that that the services offered in each phase were unconscionable, because the amount of work being done in each stage was not commensurate with the fees paid at each stage. Through the end of 2011, complaints against loan modification attorneys offering services on a “unbundled” basis or as part of potential litigation against the lenders, continued to be closed, in the service of Mr. Dunn’s stated goal of reducing the investigation backlog to zero. Once that goal was achieved, the time had come to proceed against loan modification attorneys, hammer and tong. The return of a number of stipulated dispositions from the California Supreme Court in May 2012 stoked the boilers even more.

And now the Taylor decision, a decision completely at odds with State Bar’s prior position in Duenas, has the State Bar discipline moving at full speed toward eliminating any chance that distressed homeowners might obtain the help they need in dealing with their lenders.

So here we are a year later. Like a runaway train, the State Bar is moving full speed toward a unstated goal that is inconsistent with the public interest: no lawyers available for borrowers who need assistance.

No one at the Office of Chief Trial Counsel evinces the slightest interest in ameliorating the situation, for fear that the political powers that be in Sacramento will use that as an excuse for taking further action against the State Bar. Politics is driving this train and while everyone knows it, everyone knows that it will not change, at least not while the State Bar is on the political hotseat.

Originally posted on David’s blog, kafkaesq, which is still the all-time greatest name for David’s blog.