The Quiet Crisis, Part 1. A Foreclosure Bluesical by Mandelman Matters 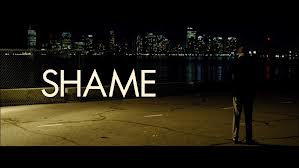 It’s Part 1… more of a “preface” really… of “The Quiet Crisis.”  Click PLAY below… you only need to set aside 20 minutes… and I hope you like it, at least enough to listen to Part 2, which you find next week on Mandelman Matters.

A little background could be in order…

Since the very beginning of Mandelman Matters, I’ve tried to explain to homeowners that they were not the cause of the financial crisis… that led to the foreclosure crisis.  It wasn’t “irresponsible borrowers” that caused anything in this country… in fact, the entire idea that borrowers have enough clout to have caused our Great Recession… which is really a global financial crisis… is preposterous.

Our economic state of affairs was the result of a credit crisis… the collapse of the CDO market… a “run” on the bond market, if you will, when beginning in July of 2007, investors stopped trusting the ratings that had been placed on mortgage-backed securities.

Back then, during the early days of August 2007, the “experts” were referring to what had happened as “the abrupt re-pricing of risk,” which is a euphemism for, “I’m lending anyone money because I don’t know who is more or less likely to pay me back.”

I wrote about all of this and more because I knew that when credit markets freeze as they did in 2007, mortgages would dry up, and when that happens people can’t buy homes… and when that happens homes stay on the market longer and longer… which means they get cheaper and cheaper… and if allowed to go on unabated, will result in people owing more than their home is worth.

And once you owe more than your house is worth… should you hit any sort of financial rough patch, like say the loss of a job, an illness or injury, or perhaps a divorce… and you can’t sell the home or borrow against it to get you through the leaner times… you very soon will find yourself at risk of foreclosure.

What I knew about foreclosures was that they would bring great SHAME.

That’s why I didn’t start writing about any of this until late in 2007, when I first heard Fed Chief Ben Bernanke refer to what was happening as “a sub-prime crisis.”

Characterizing our economic downturn that way was stupid… yes, Ben… stupid.  And I know Ben knows that I’m right because I heard him a couple of years later being interviewed and he was trying to explain that if your neighbor’s house is on fire and you decide not to help him put it out because he was smoking in bed… you may soon find out that now your own house is on fire.

Talk about too little metaphor too late.

As I wrote back in 2008, blaming “irresponsible sub-prime borrowers,” for what was happening would ensure that there wouldn’t be the political will to fix the problem, once the powers that be realized that it was NEVER a crisis that would be contained to the “sub-prime sector,” in fact, the only place it would be contained to would be planet Earth.

So, if our neighbor is losing his or her home to foreclosure, and we notice a jet ski in the garage next door, or recall that out neighbor remodeled his or her kitchen last year, we’re prone to buying into the idea that the home is being lost because of the neighbor’s bad decisions or irresponsible spending.

Meanwhile, that neighbor who is falling behind on mortgage payments will tell no one… in some cases, not even his spouse, until the last possible moment.  And what’s keeping him from talking about his situation is shame.

Since I knew that the mainstream media would take a year or two to get a grip on things… and perhaps longer… I wanted to do whatever I could to heal the shame that I knew would be spreading faster than HIV or a wildfire ever could, by educating readers about what really happened… so they’d realize that in point of fact, it was in no way their fault as homeowners.

Over time, I hoped, as people came to understand what had actually happened, they would let themselves off the proverbial hook, and once not bound by shame, they would speak out and when in great enough number, our leaders would gain the political will to start correcting what had been allowed to erode to the point of insane imbalance over the last 30 years or more.

I’m not saying that I thought that I’d be doing any of this alone, I was sure that as time passed I’d be part of a much larger force.  Our collective success would ensure that the America my daughter would one day know would be better than were I to fail.

So, now you know the secret plan behind Mandelman Matters…

That was my plan, and to some degree I succeeded, although I realized by 2009, that I’d need to communicate using more than the printed word if I wanted my message to spread faster.  The book is almost always better than the movie, but it takes a lot longer to read Gone with the Wind… than to watch the movie.

So, here’s another medium… a new idea… in the form of a podcast… that in later versions will become a type  of documentary… that brings together my words, along side the words of others… supported by carefully selected original music…

… a “FORECLOSURE BLUESICAL,” if you will.