Home  »  Homeowners: Start Your Emails… This is Your Chance for $50 Billion Principal Reductions

Homeowners: Start Your Emails… This is Your Chance for $50 Billion Principal Reductions 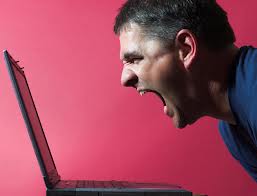 Homeowners have a chance right now to make their views about government not doing enough to help those with underwater mortgages heard in Washington D.C.Ā  Iām not saying it will be our only opportunity to speak out, but the next chance thatās as good as the one we have right now, could be years away.

Well, yesterday 19 House Democrats have sent an open letter to the President and leaders in Congress on both sides of the congressional divide and it says they want $50 billion worth of principal reductions for struggling homeowners included in any final negotiation on the āfiscal cliff.ā

In case youāre thinking thereās no way, think again. Ā This is not an unreasonable request.

The budget for HAMP alone, when the president announced it, was $75 billion.Ā  It was later reduced to $50 billion, and then to $37 billion, but thatās only because theyāve only spent like $6 billion tops.Ā  Authorizing $50 billion in principal reductions wouldnāt be unreasonable in the least.Ā  And not that it would solve all problems, but in addition to the principal reductions now being granted as part of the National Mortgage Settlement, it would be a lot better than a poke in the eye with a sharp stick.

President Obama asked for this same amount before, last year, but acting director of the FHFA, Ed DeMarco, whacked the presidentās hand with a ruler, figuratively speaking sort of, and said no.Ā  I knew that had to get the president at least a little mad, although he certainly didnāt show it.Ā  A few days ago, President Obama gave Ed his walking papers, as I had fun writing about in a post titled, āBye-Bye DeMarco!āĀ  (Itās funny, you should read it.)

Now, hereās where you come in… itās called political pressure and it works just like a DOER ALERT, which you should all know works.Ā  Everyone and everyone you know has to spread the word to everyone else… itās time to write to your elected representatives in Congress, in the Senate… and to the President at the White House.

To send an email to the White House click the link below:Ā

You can also call the White House at:

And you can mail a letter to the White House here:Ā

Typed on 8 1/2 x 11 paper preferred, include return address or email.

If youāre serious about fighting for homeowners facing foreclosure, hereās why you MUST take this seriously and tell others to do so as well…

The Founding Fathers created the House of Representatives to be close to the wants and needs of their constituents by requiring members to run for office every two years.Ā  Those in the U.S. Senate, on the other hand, serve a six year term.Ā  The thinking was simple… if you have to run for reelection in two years, you wonāt forget what the people who elected you wanted you to do, because if you do, you wonāt be coming back after your two year term.

Of course, Americans became a little complacent over our cushy years, and we started just reelecting the incumbent pretty much no matter what, but that doesnāt matter because we can stop that annoying habit anytime we want to.Ā  And now would be a great time to get politically active… you donāt even have to leave your home… email works just fine.

You need to let your elected representatives know that you want to see the $50 billion in principal reductions become a reality, not just another failed plan from the federal government.Ā  They need to know you feel strongly enough to take the time to write and tell them.

Why it works when enough people do it…Ā

Because no one ever does, for one thing.Ā  Most people live long lives and NEVER write to their congressional representative even once.Ā  So, when lots of folks do about an issue, our leaders in Washington take notice.Ā  I canāt tell you how many times Iāve been watching C-Span and heard someone in Congress refer to the number of letters he or she received on a certain topic.

The foreclosure crisis has largely remained a silent crisis, as far as our politicians are concerned.Ā  I know for those who are very involved, that may seem hard to accept, but take it from someone who has spoken with many in state governments, and a few at the federal level… they donāt know nearly enough about what’s going on.

Remember when the news about AIG bonuses came out? Ā Remember the people marching in the streets of New York City? Ā Well, our elected representatives in Congress were bumping into themselves trying to show us that they were doing something about this and they passed a ridiculous 90 percent bonus tax law in about two weeks. Ā Now, of course it went nowhere, it was after all ridiculous. Ā But it passed the House in a damn hurry.

Because we were screaming our heads off about AIG bonuses, both in the streets and in the tens of thousands of emails and letters our politicians received about the issue. Ā Aren’t we at least as fired up over homeowners being ignored as we were about some insurance company executives getting a bonus check? Ā Lord, I sure hope so.

Please take this chance to make your voice heard, and tell everyone you know whose home is underwater they should do the same.Ā  If youāre reading this and being skeptical, I donāt care, do it anyway.

It doesnāt matter what happens, it only matters how loud a voice we project at this moment in time.Ā  If itās only a WHISPER… then this issue is likely not to come up again for a long time… could be years.Ā  But, if we come together and SHOUT… then we may or may not be successful, but they will have heard us, and weāll have other chances to speak out.

Are you with me on this?Ā  We canāt let this opportunity pass by quietly.Ā  If itās going to die, itās crucial that it go down in a chorus of our SHOUTING.Ā  Please share, link, post whatever you do… but do it now.Ā  Speak… or you may be holding your peace for quite some time.