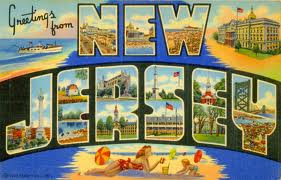 Attorney Bruce Levitt is considered one of the top foreclosure defense and consumer bankruptcy attorneys in New Jersey and even in the entire country. Ā He’s the lawyer from responsible for the landmark decision, Kemp v. Countrywide, and he spends his days in the New Jersey courts fighting for the rights of homeowners in bankruptcy and at risk of foreclosure.

New Jersey, over the last couple of years, has become one of the nation’s hardest states in which to foreclose… the average foreclosure now reportedly takes over 900 days. Ā That’s been good news for New Jersey homeowners, but it also means there’s a huge backlog of homes that are poised to go into foreclosure, some estimate that number to be north of 200,000.

Well, just over a month ago, the New Jersey Court of Appeal handed down a couple of decisions that are not favorable to homeowners fighting to stay in their homes… there’s been a state Supreme Court decision that hasn’t helped either. Ā And will 200,000 homes at risk of foreclosure, the new decisions could not have come at a worse time.

It’s not hopeless, however, Bruce Levitt is still fighting in the Garden State’s courts, and on this Mandelman Matters Podcast he’ll tell you what’s working and what’s not… and how he thinks you are most likely to save your New Jersey home from foreclosure.

But, remember, everyone’s facts are different, so you need to consult with a lawyer before you can know which path you should take when trying to save your home from foreclosure. Ā Bruce is the Mandelman Matters Trusted Attorney for the State of New Jersey and you can reach him for a free consultation, or just to run something by him at 973-313-1200.

So, right now… make sure your speakers are turned up, click the PLAY button and you can spend the next 30 minutes listening to a highly experienced consumer lawyer that’s recognized as an expert in New Jersey bankruptcy and foreclosure defense law, Bruce Levitt.

Information you can trust… always what you’ll hear on Mandelman Matters Podcasts.