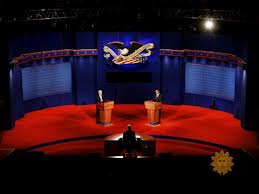 Last night was another presidential debate.┬Ā And I didn’t want to watch.

Maybe itŌĆÖs an exaggeration, but I donŌĆÖt give a ratŌĆÖs petute about Syria at the moment.┬Ā And besides that, IŌĆÖm confident that some clandestine combination of the Pentagon, CIA and the State Department will be making the decisions about our role in that part of the world anyway.

Watching President Obama and Mitt Romney go back and forth on issues related to foreign policy seems like some sort of high school geography laden, historically minded spelling bee.┬Ā What is our role in the world?┬Ā Why, itŌĆÖs to defend freedom, of course.┬Ā And to do that, we must strengthen our military so we can wage war in order to create peace.

Got it.┬Ā We have to destroy the village in order to save itŌĆ” roger that.

ItŌĆÖs foreign policy night but although each question starts out overseas, it ends up buried in our flaccid economy somewhere near Cleveland.┬Ā Romney points out that Obama canŌĆÖt seem to buy jobs let alone create them.┬Ā He wants energy independence, manufacturing, training and educationŌĆ” and a balanced budget.┬Ā The president says Mitt’s math skills leave much to be desired.

The candidates then shift to kissing some bountiful Israeli tukhus.┬Ā

Both say we will stand with Israel, if Israel is attacked.┬Ā Jews throughout Florida breathe a sigh of relief.┬Ā Some donŌĆÖt trust the goy, others the schvartze. ┬ĀIn reality, were Israel to be attacked, the only thing weŌĆÖd be doing is begging them not to respond militarily roughly eight hours after the Israeli Air Force started transforming Tehran into overflow parking for a new Persian Disneyland in Whatthefuckistan.

Oman, is this boring or what?

Obama smoothly segues from the war in Afghanistan to putting our troops to work building roads and bridges when home from the war.┬Ā Romney gets stuck with PakistanŌĆ” but then he gets a triple word score by using the word ŌĆ£Pashtun,ŌĆØ in a sentence.┬Ā Obama grimaces as he stares at his tiles and contemplates his next turn.

They’re playing a game of “Babble.”

The president plays the China card but once again brings it right back home to the steel workers in Ohio, followed by a comment about OhioŌĆÖs auto industry that everyone knows Romney was itching to bankrupt.┬Ā Ugh.┬Ā Romney takes a buckeye on the chin.

Romney tries to defend his commitment to the American auto industry as being unwavering, but Obama calls him ŌĆ£Governor,ŌĆØ as he says that the record is clearŌĆ” he wavered.┬Ā Romney calls for a line judge to check the record.

OhioŌĆÖs groans are reportedly heard as far away as St. Louis.

But Romney gets his footing and comes out swinging with FOOD STAMPSŌĆ” NO JOBSŌĆ” LOWER MIDDLE CLASS INCOMESŌĆ” Obama tries to push back with something about a plan to bring jobs back home from overseasŌĆ” followed by something else about roads and bridges.

Then President Obama, staring directly at the camera, with that hope-and-change smile from 2008, says that he will always listen to our voices and fight for our families, causing me to throw up in my mouth a little.┬Ā I quickly stab a kitchen fork about an inch deep into my right thigh in an effort to stop the pain.┬Ā It doesn’t work.

Is that right?┬Ā ThatŌĆÖs what he’ll always do?┬Ā Listen to our voices and fight for our families?┬Ā Will he really this time?┬Ā Because I’m not buying a word of that.┬Ā Not that I have any evidence that a President Romney would do much better in that department, but thenŌĆ” could he do any worse?

I wonder if either of the two solipsistic sycophants running for office know why I feel the way I do.┬Ā I could explain it to them in one wordŌĆ” the ‘F’ word… FORECLOSURE. ┬ĀIs either one of these guys familiar with that word?┬Ā DonŌĆÖt get me wrongŌĆ” I feel like they should be familiarŌĆ” but I honestly canŌĆÖt be sure anymore.

Watching President Obama and Mitt Romney roam about the countryside campaigning, it occurred to me that it must not be easy to do that, while making sure that the word ŌĆ£foreclosureŌĆØ is never even uttered in your presence. 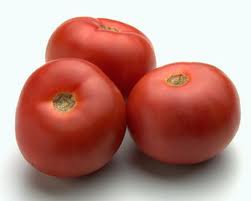 Obama canŌĆÖt bring up foreclosures for fear of getting pelted with rotten tomatoes from the audience, if not literallyŌĆ” then furtively.┬Ā His housing programs, as administered by Secretary Tim “Foamy” Geithner and the maleficent Baron Von Slummers, appear to have been modeled in the style of the Khmer Rouge.

Many of the programs created by the Obama Administration failed spectacularly, but on the other side of that coin, he spent very little on them.┬Ā I suppose the homeowners whose lives were torn apart by the failure of such programs can take comfort in the fact that it’s not so much that he failed… it’s more that he didn’t try.

Mitt Romney, on the other hand, canŌĆÖt bring up the foreclosure crisis because if he did, he might be asked to suggest something that might fix it, and his base wouldnŌĆÖt tolerate any of that.┬Ā The personal responsibility crowd wants food stamps cut, and homeowners punished until there arenŌĆÖt any left in this country.

ItŌĆÖs got to be frustrating for Mitt.┬Ā I mean, heŌĆÖs got to recognize that he could take Ohio and Florida in a jiffy were he to even mention in passing that he plans to address foreclosures and keep people in their homes.┬Ā If Mitt gave even one speech suggesting that he had a plan to stop the deterioration of our housing markets and perhaps gave a nod towards mitigating the damage being caused by foreclosures, it would take about three seconds to predict aŌĆ” ROMNEY LANDSLIDE type headline appearing the morning after the election. 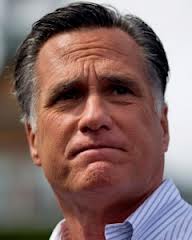 Think about itŌĆ” he canŌĆÖt do the one thingŌĆ” the simplest thingŌĆ” the most obvious thingŌĆ” the thing that would all but guarantee him the U.S. presidency because a bunch of right wing hatemongers and snake handling Christians canŌĆÖt stand the idea that even one person not making a mortgage payment gets off with anything less than three years living in an apartment with a kitchen that smells like ass.

A large part of MittŌĆÖs base believes itŌĆÖs already compromising on the subject by not demanding the return of debtorsŌĆÖ prison.

And so it goes…

ObamaŌĆÖs super-secret press agents must be running around making sure that thereŌĆÖs no possibility of a rogue reporter lobbing an unscheduled question about his or her house while cameras are rolling.

While in his suite at the Ritz Carlton, Mitt Romney weeps as he pleads with his campaign manager to let him use the ŌĆśFŌĆÖ word.

And as the sun goes down on the U.S.A. and foreclosures continue to force working class people from their homes, itŌĆÖs ironic to realize that just the word foreclosure will be keeping a guy whoŌĆÖs worth half a billion dollars from moving into the big white house he cannot buy.

While the incumbent politician whose programs failed at every turn to stop the flood of foreclosures wins a second term by not talking about what he did badly.

And you wonder why I didnŌĆÖt want to watch the debate?┬Ā Really?