LPS Data Shows Ups and Downs of the Foreclosure Crisis 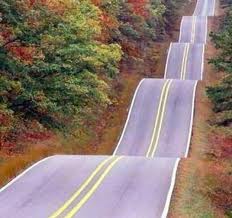 You may have heard me say this before, but nothing goes down in a straight line.Â  Thatâ€™s why you really should just ignore the undulating headlines that continually pepper the papers from coast-to-coast.Â  Trying to follow them will unquestionably cause motion sickness and bouts of extreme annoyance.

Well, to illustrate these ups and downs that always seem to land more to the downside than the up, itâ€™s helpful to look at the results posted by Lender Processing Services (â€śLPSâ€ť) who maintains a loan level database that is said to cover 70 percent of the market.

And away we goâ€¦

In September, LPSâ€™s delinquency rate was 7.4 percent, which was a 7.72 percent increase over August.Â  The company defines its â€śdelinquency rateâ€ť as reporting 30 days or more past due, but not yet in foreclosure.

In 2012, the rate went up in April, May and June, before declining in July and August, so now itâ€™s up again in September.Â  So, since last April, the LPS scoreboard says:Â  UP-3 monthsâ€¦ DOWN-2 monthsâ€¦ and then UP-1 month.

And if you donâ€™t mind getting a little dizzy, as of September, LPS reports that there are 5.64 million properties 30 days or more delinquent, OR in foreclosure.

Iâ€™ve been reporting 4 million in foreclosure, so Iâ€™m pretty happy to see that my number generally fits with theirs.Â  Two million already in foreclosure according to LPS, plus 1.53 million over 90 days delinquentâ€¦ and recognizing that the LPS database covers only 70 percent of marketâ€¦ and Iâ€™d say thatâ€™s good enough for government work.

The LPS data does show this September as being 4 percent lower than last September, but Iâ€™m not at all sure thatâ€™s even a statistically significant difference.Â  Likewise, what LPS refers to as foreclosure inventory in September was also down by 4 percent from August, and down just over 7 percent since September of last yearâ€¦ but Iâ€™d tell you itâ€™s a meaningless comparison. 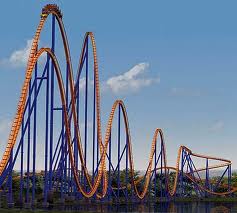 Servicers send out foreclosure notices at some point yesâ€¦ but not with any defined regularity or consistency.Â  Â So a difference of 4-7 percent in foreclosure inventory, along side almost 6 million delinquent loans nationwide, is nothing to hang your hat on.Â  More than likely, itâ€™s a mirage.

If FHA is any indication, then things aren’t looking up. “Overall Delinquency Rate Surges in September”

According to FHA watchdog, Ed Pinto…

The state leading the past-due loan pack as of September included some weâ€™d expect, like Florida and Nevada and a few we might not have guessed, like Mississippi, New Jersey and Louisiana.

As usual North Dakota, Alaska and other states where the population is measured by adding up triple digit towns, were the lowest for delinquent loans.

What kind of conclusions can we draw from this LPS data?Â  Iâ€™d have to sayâ€¦ not a damn thing.Â  However, the better question would be what canâ€™t we concludeâ€¦ and thatâ€™s an easy one to answer.

Thereâ€™s no possibility whatsoever that weâ€™ve hit any sort of bottom.Â  And anyone who tells you otherwise is flat out selling you something.