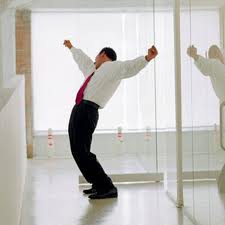 Joseph A. Smith, Jr., the man charged with making sure that the five largest mortgage servicers comply with the terms of the $25 billion settlement agreement known as the National Mortgage Settlement, was front and center yesterday with a statement that sounded like half reminder and half warning.Â  His message was clear, however, the time for dress rehearsal was overâ€¦ the curtain would go up tomorrow and the show would begin.

As of today, the servicers are to be in compliance with the 304 new operating standards contained in the settlement agreement.Â  Or, as Smith put itâ€¦

â€śAs of today, the five banks subject to the settlement are required to operate in full compliance with its servicing standards.Â  I will conduct careful and thorough reviews of the banksâ€™ processes to assure and verify that they are compliant with the settlementâ€™s rules.â€ť

Per the settlement agreement, Smith will be testing the servicers adherence to the new rules using 29 defined metrics to assess such breaches as improper trustee sales, wrongful denial of modification, the use of fraudulent affidavits in the foreclosure process, and everyoneâ€™s favorite, dual tracking, also known as, â€śOoops, we sold your home last Thursday.â€ťÂ  He says heâ€™ll be administering the first compliance test during the first quarter of 2013, and heâ€™ll be looking at the third and fourth quarter of this year.

Those arenâ€™t the only areas that the new standards impact, in fact thereâ€™s plenty more where those came from.Â  Homeowner communications are packed with new rules that ensure that the needs of borrowers are dealt with expeditiously and consistently.Â  The â€śSingle Point of Contact,â€ť or SPOC, gets formally set in stone, although its been around for a while now, actuallyâ€¦ and thereâ€™s even requirements for the training of loss mitigation staffâ€¦ oh, and some strict deadlines related to the documents used when foreclosing.

I understand the SPOC and the document deadlines, but actually requiring the training of loss mitigation staffâ€¦ good heavens man, havenâ€™t we gone too far?Â  If weâ€™re not careful there could be an outbreak of competence among servicers, and is that really what we want?Â  I donâ€™t think homeowners are ready for anything like that, and besides that, precisely whom would bloggers have to kick around should competence happen.

I might have to return to my old job as the head of geriatric contraception at Holland America Cruise Lines, not that it was all that pretty a picture on many occasions.

The settlement agreementâ€™s new servicing standards also include specific anti-blight requirements, so I suppose that means no more vice president of blight creationâ€¦ and there are new rules related to customer service and tenants rights.

DSNews actually called around to the top five servicers, presumably, and asked the obvious question: Are the servicers ready to be compliant as of today with all of the new operating standards contained in the settlement agreement?Â  Not that it came as much of a surprise, after all theyâ€™ve had the last six months to get ready, but for the record spokespeople from each of the five servicers answered in the affirmative.

And while many are skeptical of the servicersâ€™ capacity to throw out the old and embrace the new rules resulting from the National Mortgage Settlement, Mr. Smith is clearly ready to go to Washington should servicers fail to comply. Â In fact, yesterday Smith even came right out and asked for help from those in the community, sayingâ€¦

â€śWhile my team and I will work to review the banksâ€™ compliance ourselves, I also need to hear from consumer professionals in the marketplace who work on these issues day in and day out, I am asking these professionals to report to me when they see a mortgage servicer breaking the rules established in the settlement.â€ť

Katherine Porter, a UC Irvine law school professor, who was appointed by California Attorney General Kamala Harris to serve as Californiaâ€™s statewide monitor for the National Mortgage Settlement told MercuryNews.com that, â€śBanks are gong to have to retool their operations.â€ť

Porterâ€™s office has received 1,482 complaints over the last six months, 59 of which were in August, but only 29 were filed in September, leading her to believe that the new standards are already having an impact.Â  I guess Iâ€™m not so sure about that, but she says complaints about dual tracking definitely fell off in September, so thatâ€™s a very good thing thatâ€™s very likely the result of servicer compliance with the new standards.

At least 224 complaints about dual tracking have come to Porterâ€™s office since March, and she acknowledges that number is unlikely to be representative of the true scope of the problem.

As reported by MercuryNews.com, Porter saidâ€¦

“I think it’s been a painful period waiting for these changes.Â  A lot of families have continued to be caught. It’s a race that sometimes families lose. It’s a loss for the family, the economy and California communities when some of those foreclosures could have been prevented.”

I know Katherine Porter to be someone who is incapable of gilding the lily.Â  Sheâ€™s an academicâ€¦ the very antithesis of a politicianâ€¦ someone we can unquestionably trust to be open, balanced and fair.Â  She is the primary reason that I have faith that the new servicer standards will come to make a meaningful and positive difference for homeowners at risk of foreclosure.

Porter has seen and understands the complexity of the foreclosure crisis from all sides.Â  She understands what homeowners and servicers have had to deal with, and although she would never suggest the settlement to be a panaceaâ€¦ she sees it for what it isâ€¦ a significant improvement.

Like me, she sees that loan modifications are getting done every day, and that a significant number are now able to get principal reduced.Â  And while itâ€™s true that weâ€™ve got a long way to go, and that Fannie and Freddie are still refusing to participate in the writing down of loan balances, homeowners whose loans are owned by the GSEs still benefit from the settlement by virtue of the new standards with which servicers must comply starting today.

We havenâ€™t solved all our problems with this settlement, far from it.Â  But today we have new rules, and people watching to see that those new rules are followed.Â  And in California, thanks to the hard work and dedication of Californiaâ€™s Attorney General Kamala Harris, the new servicer standards are now state law.Â  As of January 1, 2013, the California Homeowner Bill of Rights goes into effect, and that means the new standards are more than just guidelinesâ€¦ theyâ€™re the law.

And compared to 2009, 2010 or 2011â€¦ well, there is no comparison to what transpired during those years as far as foreclosures and loan modifications are concerned.Â  And for that alone, if not happy, at least homeowners should be relieved.

Look for a Mandelman Matters Podcast with special guest, Katherine Porter later this evening, and meanwhile, below is a copy of her first report.

To contact Katherine Porter at the Office of the California Monitor,

Send an email to CAMonitor@doj.ca.gov.

Consumer professionals can report any incidents of non-compliance to National Settlement Monitor Joseph A. Smith at: www.mortgageoversight.com/forms.