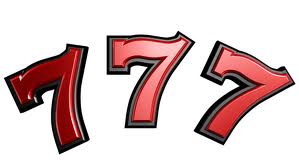 Mortgage bankers hit the jackpot in Nevada last week, but not while gambling at any of the stateâ€™s casinos.Â  The bankersâ€™ winnings came in the form of a decision by the stateâ€™s Supreme Court on MERS, the Mortgage Electronic Registration System Inc.

Get copy of court’s decision here.

According to the mortgage bankers, MERS, is a database that tracks mortgages as they pass among different owners.Â  In many cases, the mortgages are packaged into mortgage-backed securities that bundle hundreds or thousands of loans.Â  As such, MERS eliminated the requirement that papers be filed with a county recorder every time a loan changes hands.

Borrowers say that MERS should not be allowed to foreclose because it has no interest in the loans on which it forecloses, because it hides the loanâ€™s true owner, which makes it difficult to negotiate any sort of modification of a mortgageâ€™s terms in the event the borrower suffers a financial hardship, and because of poor or missing records of loan ownership.

Under Nevada law, a home loan consists of a promissory note, which is the actual loanâ€¦ and a deed of trust, which is the security for repayment. Â The lender is supposed to hold both the note and the deed to foreclose.

MERS members, however, assign control of the deed to MERS, which makes MERS its agentâ€¦ or in legal terms, a beneficiary. Â No matter how many times a loan changes hands, MERS remains the agent or beneficiary, and therefore is able to act on the lenderâ€™s behalf.

Attorney Jacob Hafter, representing Nevada homeowner David Edelstein, in Edelstein v. Bank of New York Mellon, argued that once a loan has been split to have different holders of the note and deed, it is permanently flawed and cannot be used to foreclose.Â  But all seven justices on the high court ruled that by returning the deed to the lender that holds the note you correct any defect, and thatâ€™s precisely what occurred in Edelstein’s case.

In Edelsteinâ€™s case, MERS assigned the deed of trust to Bank of New York Mellon as trustee for Countrywide. Â The court ruled that once the trust had both the promissory note and the assignment, it possessed the standing to foreclose.

“Because nothing in Nevada law prohibits MERS’ actions, we reject Edelstein’s argument.â€ť

The mortgage banking industry has maintained that MERS makes loans easier to sell or trade, which draws more money into the mortgage market by making investment in such loans more attractive to investors.

In 2009, as borrowers discovered that MERS made it very difficult to find out who owned their loans, and therefore impossible to negotiate a modification of their mortgageâ€™s terms with the investor that loaned them the money.Â  Since then, the question of whether MERS has legal standing to foreclose has faced federal and state court challenges in numerous states across the country.

“I think the court basically took the (Edelstein) case to say they are not going to let homeowners get out of paying on their mortgages on a technicality.Â  The court has cleared a path to begin foreclosing in a mass effort.”

So, once again the deadbeat borrower stigma has trumped the rule of law.

Hafter has several other MERS-related cases that because of this decision may not get their day in court, even though he previously considered them even stronger than Edelsteinâ€™s.

Janis Smith, a spokeswoman for MERS, understandably gloated in a prepared statementâ€¦

“There is no stronger affirmation of MERS’ role in housing than a unanimous decision concluding that MERS is the proper beneficiary and affirms MERS agency relationship to the note holder.”

The 26-page ruling that decided the Edelstein case last Thursday, showed that all seven justices concurred that the hundreds of thousands of home mortgages in Nevada that utilized a MERS assignment could be used in foreclosure proceedings with a few technical adjustments.

Make no mistake about it though, the question of how to deal with MERS has by no means been consistent across the country, or even within the state of Nevada.Â  In fact, in a Las Vegas decision back in 2009, a U.S. Bankruptcy Court Judge Linda Riegle ruled that MERS could not represent lenders unless it could produce a noteâ€¦ but that ruling only applies to homeowners in bankruptcy.

â€śA plain reading of the statute leads us to conclude that only the actual holder of the promissory note or other instrument evidencing the obligation may be a beneficiary with the power to appoint a trustee to proceed with a non-judicial foreclosure on real property.â€ť

Lastly, this past July, Oregonâ€™s Court of Appeals ruled against the use MERS to avoid complying with a state law requiring mortgage sales be recorded in county offices before proceeding with non-judicial foreclosures.Â  And now the Oregon Supreme Court says it will consider the issue of whether MERS can be a beneficiary under Oregon law.

“The fact that they took the certified question suggests they understand it’s an important issue that a lot of people are interested in.â€ť

Iâ€™m sure homeowners are totally interested in this subject.Â  After all, itâ€™s insanely dull and entirely arcane, so why wouldnâ€™t they be?Â  So, letâ€™s call this insanity what it is, shall we?

No one had ever heard of MERS before 2008, and no one would have ever cared about MERS, or the terms â€śagent,â€ť or the legal definition of â€śbeneficiary.â€ťÂ  Weâ€™re here today for one reason and one reason alone: Because the Obama Administration totally screwed up the HAMP loan modification program from day one.

Had that not been the case, and had mortgage servicers therefore modified loans according to some sort of understandable criteria in some sort of reasonable system, MERS would be nothing more than a typo of the word â€śHERS.â€ť

Are you happy, Secretary Geithner?Â  Nice mess you made here.Â  What do you suppose the bill will be for all of the litigation related to MERS at the end of the day?Â  Whatever it comes to, you should be paying that bill off if it takes you the remainder of your days.