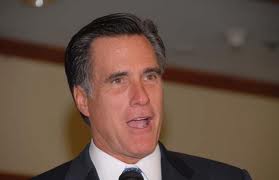 Today, for the first time, I appreciate Mitt Romney.

The text and video of his speech at a private fundraiser in Boca Raton, which was released yesterday by Mother Jones, and I’m sure is going to be run in the media almost as much as the footage of 9-11, answered every conceivable question one might have had about his candidacy, the GOP, and its platform.

Here’s what he said, in case you haven’t already read it a hundred times already…

“There are 47 percent of the people who will vote for the president no matter what. All right, there are 47 percent who are with him, who are dependent upon government, who believe that they are victims, who believe the government has a responsibility to care for them, who believe that they are entitled to health care, to food, to housing, to you-name-it.  That that’s an entitlement.  And the government should give it to them. And they will vote for this president no matter what…these are people who pay no income tax.

My job is not to worry about those people. I’ll never convince them they should take personal responsibility and care for their lives.”

Oooh, SNAP!  Well, that makes Mitt’s views pretty darn clear, I’d say.  He wants to be president of 53 percent of this country… fair enough.  I suppose, if we’re ever looking to fill such a position, we’ll know whom we might consider.

Mitt sees 47 percent of the people in this country as deadbeats unwilling to “take personal responsibility and care for their lives.”  I wonder how Mitt would want to correct this problem with 47 percent of Americans.  I’ll bet you he’d be okay with taking away their right to vote, or maybe even sending them to work camps… perhaps some sort of indentured servitude would be in order, right Mitt?

What’s amazing is that his speech went on to say…

Describing his family background, he quipped about his father, “Had he been born of Mexican parents, I’d have a better shot of winning this.”

Okay, time out.  First of all… Mexicans have a better shot at the presidency?  That’s the kind of line that, no matter what I write to follow it, I can’t make any funnier.  Why does Mitt think that?  It sounds like Mitt has Mexican-envy.

As far as him being “self-made” and not having been born with a silver spoon and the rest… his father was the CEO of American Motors, once one of America’s “Big 4” automakers, who also became the governor of Michigan and U.S. Secretary of Housing and Urban Development.  And do you know what that makes Mitt?  An ungrateful little shit, that’s what.

I don’t think I’ve ever seen such a perfect example of someone being born on third base thinking they’d hit a triple.

When asked how the group he was talking to could help his candidacy, he replied:

“Frankly, what I need you to do is to raise millions of dollars.”

You know, when Mitt was campaigning earlier this year in Las Vegas, Nevada, and he was asked about what he would do about foreclosures, he replied by saying that they needed to happen faster.  Faster foreclosures was the answer… letting the market hit bottom… in Las Vegas he said this.  While campaigning… ostensibly trying to get people to vote for him for President this November.

It left me numb, unable to speak for over an hour.  It was as if I no longer understood how things worked in this country.  Maybe I didn’t understand what campaigning was all about.  Maybe the goal of campaigning was to alienate as many potential voters as possible.  Should I have been voting for the candidate I found most offensive all these years?  Because if so, then I’d been doing it wrong since 1980.

After further consideration I realized what was much more likely happening… the Republicans actually wanted Obama to win in 2012, but they also realized that actually rooting for Obama would be… well, rude.  So, they’d run a candidate against him, but just make sure that their candidate said things that ensured that he or she couldn’t possibly win.

First it was faster foreclosures in Nevada.  Then he said something about letting the auto industry go bankrupt while he was in Michigan.  I figured next he’d introduce a pro anti-Semitism platform in Miami, and then say he wants to make four years of college mandatory in West Virginia.  I don’t know… the whole GOP thing has escaped me this time out.  And I’d rather chug a gallon of spoiled milk than vote for Obama in 2012.

But now at least we know the real deal about the apparent beliefs of Romney and his supporters: they’re real… they really believe them.

They actually believe that too much regulation is the problem facing our financial institutions… that foreclosures are a good thing for the housing market… that tax cuts for the rich will create prosperity… that people on food stamps won’t get jobs until we starve them to death… that we should cut spending to stimulate growth… that Obama is a socialist… that they’re richer because they’re smarter and better… I don’t know what else at the moment, you can add your own to the list… they’re just entirely insane.

But I’m less concerned that they’re actually dangerous, because I don’t even know any Republicans that think that the President of the United States should ignore 47 percent of the country’s population… at least I hope I don’t.

Mitt’s words in Boca Raton demonstrate that the GOP is exactly what, in general, it appears to be: a party of intolerant and insensitive rich white guys.  And I just don’t think there’s much risk that we’re going to elect anyone like that in a national election going forward.

I mean, my daughter is 16, so she’ll be voting in the next election, and her generation sees nothing wrong with brown skin or gay marriage.  The chances of her generation voting for anything close to what is produced by today’s GOP are nil.

It’s bad enough that any Republican president has to get through the primaries by running as something close to a snake-handling Christian who wants to build fences and bombs before schools and electric cars, but beyond that, although there may be enough of “them” to hold a convention, I just don’t think that this country will ever again have enough people that see eye-to-eye with Mitt to elect a president.

To check out Mother Jones’ full story on the Romney speech click below.

And remember… Mitt was the electable one.  If he hadn’t been the nominee, who would have been the alternative… Newt?  Come on… no way.  Newt… the guy who wanted to eliminate the child labor laws so 9-year olds from poor families can work as school janitors?

The problem is, that means all we’ve got are the Democrats, which means we’re completely screwed.  We’ve lost the ability to govern ourselves.

I’m telling you… if Canada was located where Mexico is… half this country would already be living there.