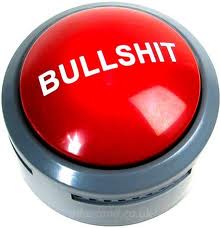 The Federal Housing Finance Administration (â€śFHFAâ€ť), which is the agency created to oversee Fannie Mae and Freddie Macâ€¦ the one run by perhaps the least popular man in America for his refusal to allow Freddie or Fannie to grant principal reductionsâ€¦ Ed â€śItâ€™s a Matter of Principalâ€ť De Marcoâ€¦ is back in the news.

Nothing to do with principal reductions on GSE loans (those owned by Fannie or Freddie), this time itâ€™s even more offensive, if you can imagine that.

A reader brought the story to my attention (Hat tip to Deontos) and if it hadnâ€™t appeared in the Chicago Tribune, Iâ€™m not sure I would have believed it.

Apparently, the Feds have announced that they are coming after â€śstrategic defaulters,â€ť who they define as people whoâ€™ve decided to walk away from mortgages even though they could afford to continue paying their payments.

The federal agency taking on this imaginary foe is the â€śOffice of the Inspector General,â€ť a separate statutory agency within the FHFA that answers only to Congress, according to the story in the Tribune.Â  Its mission is to root out fraud, waste and abuse within the FHFA. The agency has a staff of 130 investigators, auditors, attorneys and prosecutors that it describes as “extremely talented and seasoned.”

It seems that Fannie and Freddie â€śare on the hook for the $187 billion in taxpayer money that the Treasury has invested so far to keep them afloat â€” by some estimates, the tab eventually could reach more than $360 billion â€” the OIG is on the prowl for people who owe it money.â€ť

The Tribune story went on to sayâ€¦

â€śInvestigators are searching not only for lenders who have sold materially deficient loans to Fannie and Freddie, but also individuals, including those who reneged on their promises to repay their mortgages. So if you are a “strategic defaulter” who decided it was better to walk away from your obligation than to keep paying for a house that was worth substantially less than you owed, it’s time to start looking over your shoulder.â€ť

Itâ€™s not a joke.Â  The OIG has the powers to search, seize and arrest, and special OIG agents are even authorized to carry firearms.Â  Its mission is to seek administrative sanctions, civil recoveries and criminal prosecutions against anyone who abuses the FHFA’s programs.Â  This covet of clowns has a 45-person staffâ€¦ “all experienced people with 15 to 20 years as investigators and prosecutors.â€ť

â€śNo one knows for certain how many borrowers fit the rather amorphous strategic defaulter mold. But credit repository Experian estimates that 20 percent of all foreclosures are the result of walkaways, people who could afford to make their payments but who decided not to.â€ť

Is that what Experian â€śestimates?â€ťÂ  That 20 percent of foreclosures are strategic defaults?Â  Well, I estimate that 90 percent of the executives at Experian are morons, and the other 10 percent have special needs requiring corrective shoes and the wearing of adult diapers over their clothing.

The idiot at FHFA in charge of this oxygen depleated plan is Heath Wolfe, and heâ€™s the assistant inspector general for audits at the OIG.Â  According to Heath, some types mortgage scofflaws owe Fannie and Freddie more than $1 billionâ€¦ and wouldnâ€™t I love to see his cyphering on that calculation.

A whole BILLION?Â  Fannie and Freddie are into us taxpayers for $187 BILLIONâ€¦ sure to top $300 BILLION and then someâ€¦ if it doesnâ€™t reach a trillion, Iâ€™ll make you a watch out of woodâ€¦ so Heath is out to harass taxpayers hoping to recover some portion of one billion that he figures the agency has coming based on figures he pulled out of his hind quarters.

“We are working with Fannie and Freddie to build a mechanism” to identify strategic defaulters, Wolfe said at a recent mortgage industry conference. So if you walked away from one property and bought another, chances are fairly good that the OIG is going to find you.

Yeah, I can see that happening.Â  A staff of 45 going after some 75 million borrowers attempting to prove that they could have afforded their mortgage payments when they stopped paying them.Â  Thatâ€™s going to be a tough road to hoe because I plan to develop a drug-alcohol-gambling problem at the very same time I default so even though it appeared that I could have paidâ€¦ I was an addict at the timeâ€¦ and that’s a diseaseâ€¦ not my fault.

One way the mortgage police can find defaulters is to forage Fannie and Freddie’s records for borrowers who failed to mention on their loan applications that they had previous mortgages they did not pay.

If you conveniently left off the fact that you have an outstanding mortgage you failed to pay, or that you have a deficiency judgment against you for the difference between what you owe and what the house sold for at foreclosure, you’ve committed mortgage fraud.â€ť

What are you in jail for?Â

Memory lapse.Â  Forgot to list something on a loan app.

The Tribâ€™s article says that weâ€™re not just talking about borrowers deciding not to pay.

â€śIn some cases, they remained in their houses for months or even years, living free on the government’s dime â€” and yours and mine â€” before moving on. In other instances, they profited handsomely by renting their properties to unsuspecting tenants, collecting rent for many months but never paying lenders.â€ť

If your bank takes three years to foreclose on your home, and you live there until they do, how is that living on the governmentâ€™s dime or anyone elseâ€™s dime for that matter?Â  Foreclose faster and people will move faster, howâ€™s that?Â  And why should they pay rents to lenders?Â  Theyâ€™re being foreclosed on, so just foreclose and evict in under three years and problem solved.

If there is any indication that you falsified information on your new loan application, the OIG is “absolutely” going to refer you for criminal prosecution, Wolfe said. “We’re not just going to demand repayment,” he said. “We’re going to lock (people) up.”

Oh really?Â  Lock up some father of three or single mom because you claim he or she could have paidâ€¦ but didnâ€™t?Â  Do it betchâ€¦ I want to watchâ€¦ and write about it so your mom and her friends can follow along with what a dick you are too.

Oh, and this should do wonders for that first time buyers market, wouldnâ€™t you say?Â  Buy a homeâ€¦ end up in prison for failing to write something down on your loan app.Â  Sign me up.

You knowâ€¦ De Marco and everyone else at FHFA who is desperately trying to do something to take the attention off the fact that Fannie and Freddie are corrupt and bankrupt and need to be closed for goodâ€¦ go to hell.Â  You and your 45 investigators go aheadâ€¦ Iâ€™m setting up a news alert for you today, so when you embarrass yourselves, which you unquestionably will, Iâ€™ll be right there writing about your incomprehensible ineptitude.

Thereâ€™s no such thing as people who can pay their mortgages no problem but just feel like cleaning out their garage, ruining their credit, and then living in an apartment where the kitchen smells like ass for the next five years all because they couldnâ€™t stand the idea of being underwater.Â  Maybe someday there will be a group that fits that description, but not today.

So, happy hunting Heathâ€¦ and to everyone else, just ignore this scary bedtime story.