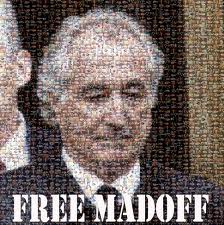 Over this past year or so, and especially last month, it feels as if we‚Äôve been treated to an overabundance of financial scandals.¬Ý And I have to tell you that a friend of mine changed my perspective on these things, and I‚Äôm starting to feel much better about the situation as a whole.

1 – In the winner‚Äôs circle would have to be the one in which everyone has great INTEREST.¬Ý Ladies and gentlemen, here‚Äôs‚Ä¶ LIBOR, which apparently stands for ‚ÄúLying In Between Other Reporting.‚Äù¬Ý Said to be a multi-trillion dollar scandal, to-date we‚Äôve seen a CEO resign and a fine levied against just one bank, Barclays, for a little under half a billion.¬Ý As to jail time‚Ä¶ not a chance.

Of course, one bank out of 16 wouldn‚Äôt be able to manipulate the LIBOR rate, which is the rate at which banks lend to each other, and with some now suspecting that others may be involved, what‚Äôs going to happen to the other 15 banks?¬Ý Well, recent reports say that they‚Äôre looking to pursue an 49 AG type of group settlement with regulators, of course, so they can put this scandal behind them.¬Ý And that, the smart money says, will be the end of that.

But, really‚Ä¶ who could have known something like this was going on?¬Ý It‚Äôs not like anyone could have seen this coming and done anything about it‚Ä¶ right?¬Ý I‚Äôm sure that we did what everybody else did, right?

2 – JPMorgan Chase comes in at number two this month, because it started out disclosing losses of over $2 billion from what was supposed to be a hedging strategy to reduce risk.¬Ý A couple of weeks ago, however, the bank disclosed that the losses could exceed $7 billion, but beyond that, it seems the bank‚Äôs traders may have lied to cover up the amount of the losses, although the business press phrased it as ‚Äúintentionally tried to obscure.‚Äù

With no one buying the values of the trades being disclosed by the bank, the company finally had to announce that its Q1 earnings were no longer reliable. ¬ÝFederal regulators are now considering whether JPMorgan employees lied about their losses with the intent to defraud investors‚Ä¶ or, I suppose, whether they lied about how much they‚Äôd lost just for fun. 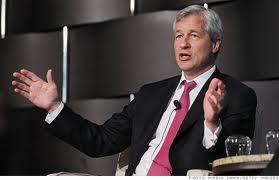 How big are our losses?¬Ý I’d say about this big.

JPMorgan Chase doubled down this past month with an energy market rigging scandal involving power-market manipulation that is now¬Ýbeing investigated by the Federal Energy Regulatory Commission (‚ÄúFERC‚Äù).¬Ý So far, the agency has had to ask the court to compel JPMorgan to produce emails it says the bank has been withholding‚Ä¶ or provide a reason for withholding them.

As to the potential for jail time in either case above?¬Ý Nope, not happening.

3 – Coming in third on my list of this month‚Äôs marauders is the muni-bond market scandal, where it seems three former UBS executives helped deceive cities and towns all across this fair land by rigging bids to invest municipal bond proceeds.

ark ZaiThe prosecution‚Äôs star witness, Mno, testified that he and the three bankers on trial excluded aggressive bidders, solicited losing bids on purpose, and provided information to favored bidders in order to rig investing outcomes from the proceeds of municipal bonds.¬Ý And so, I would have to say‚Ä¶ very well done there.

I suppose some jail time could happen for three guys, but not much and not necessarily‚Ä¶ maybe home jail with ankle bracelets and probation.¬Ý UBS is too big to fail, and these guys are irrelevant, and undoubtedly almost as rich as Canada already.

Isn‚Äôt is interesting how the Wall Street crowd always talks about how they‚Äôre risk takers, but given the chance all they seem to want is a sure thing?

4 – Fourth place is a scandal reminiscent of John Corzine‚Äôs dalliances while CEO of MF Global, who by the way was a past recipient of the coveted, ‚ÄúInability to Recall Where $1.6 billion Went Without Going to Jail,‚Äù award. ¬ÝHow does he do it?¬Ý It‚Äôs simple, really.¬Ý Documents recently uncovered by the Government Accountability Institute reveal that MF Global was a client of U.S. Attorney General Eric Holder and Assistant Attorney General Lanny Breuer‚Äôs former law firm, the irrepressible‚Ä¶ Covington & Burling.

Of course, I‚Äôm talking about Peregrine Financial Group‚Äôs fraud, which has apparently been going on for decades and involves the disappearance without a trace of $1.2 billion.

The scandal at Peregrine Financial Group (‚ÄúPFG‚Äù), which is now being investigated by regulators and in congressional hearings, was only brought to light with the assistance and dedication of the firm‚Äôs founder and CEO, Russell Wasendorf, who left a suicide note describing how he had been stealing his customer‚Äôs money, and then failed to successfully commit suicide.

For the length of his fraudulent scheme and the fact that he turned himself in, most believe him to be the favorite for this year‚Äôs ‚ÄúPonzi Award,‚Äù which is a statue cast in the image of Bernie Madoff.¬Ý This year, as I understand it, the Ponzis are being held at the Milken Pavilion and are being sponsored by the International Monetary Fund.

5 – Next up‚Ä¶ further evidence that America is losing ground as a world leader, Wells Fargo Bank, the undisputed king of the drug cartel money laundering market since its acquisition of Wachovia in 2008, saw its dominance threatened recently by the Britain‚Äôs largest bank, HSBC.

HSBC broke all previous records for money laundering by a commercial banking institution by adding terrorist funding and tax evasion to the bank‚Äôs capabilities ‚Äî totaling more than $30 billion in suspect transactions all linked to sanctioned companies in Iran, North Korea and Burma.¬Ý While some have chosen to view these acts as being less than positive, rumor has it that, as a result, HSBC has been offered the part of the villain in the next James Bond movie.

HSBC executives were not just let off the hook scot-free this time around, however, a half dozen of the bank‚Äôs executives were forced to appear before the Senate Permanent Investigations Sub-committee for an entire day where they were presented with a 335-page scrapbook-of-memories and given a stern talking to.

Wells Fargo has admitted that it failed to properly monitor and report on suspected money laundering by narcotics traffickers‚Ä¶ including cash used to purchase four airplanes that shipped a total of 22 tons of cocaine.¬Ý And I hate to say it, but isn‚Äôt that just another example of how American banks have gotten lazy and fallen behind in global competitiveness as a result.

I just hope that Wells Fargo and the other American-based global banking cartels learn from Wells‚Äô mistakes, and recognize that had Wells Fargo been more vigilant about monitoring and reporting of all laundering activities, perhaps HSBC wouldn‚Äôt have been able to take the lead, and it would be Wells Fargo starring in the remake of Goldfinger instead of the Limey bastards at HSBC.

It‚Äôs a painful lesson, to be sure, but if it wakes up the banks in this country, then it‚Äôll be worth it as we see America once again reclaim its rightful place as the money launderer of choice for drug cartels and terrorist organizations all over the world. 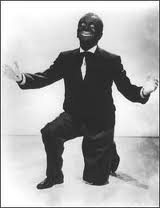 6 – Wells Fargo Bank did at least make an attempt at proving its evilness and despicability remain robust by discriminating against African-American and Hispanic borrowers in violation of fair-lending laws.¬Ý In appreciation of the effort, the Justice Department allowed Wells Fargo to pay $175 million to settle the accusations, but alongside the $1 billion fine HSBC received, it was only a reminder to the management team at the San Francisco bank that it had a lot of work to do before it would be breaking those sorts of records once again.

7 – Even the nation‚Äôs fifth-largest financial institution, US Bank, tried to get in on the act by allowing more than 150 foreclosed homes in Los Angeles to fall into disrepair, thus making the bank, “one of the largest slumlords in the city.‚Äù ¬Ý¬ÝWhile it‚Äôs true that the fines could be over $100 million, there‚Äôs little hope among US Bank‚Äôs executives that it will be able to challenge their larger competitors this year in terms of urban blight production.

No jail here either.

8 – Also, last month, in a totally unexpected development, Capital One settled charges brought by U.S. banking regulators, by agreeing to pay $210 million because its call-center personnel misled consumers into paying untold tens of billions for extra credit card products.¬Ý As I understand it, the settlement agreement was welcomed by roughly a dozen Capital One executives who used copies of the agreement to help them renew their employment contracts, securing guaranteed record bonuses for the next three years.

Not even illegal, more likely revered.

9 ‚Äì Face facts‚Ä¶ NASDAQ trading malfunctions that occurred during the first few hours of trading, and last minute disclosures by analysts that adjusted down Facebook‚Äôs revenue growth rates, combined to cause more than a 20 percent aftermarket decline in the price of FB shares, thus reminding investors that the acronym ‚ÄúIPO‚Äù really stands for, ‚ÄúIt‚Äôs Probably Overpriced.‚Äù 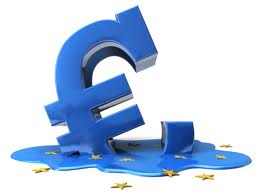 10 – And, whether it‚Äôs watching EU central bankers torture Spaniards‚Ä¶ transform Greece into a cheap vacation destination for the Germans and French‚Ä¶ or frighten the Italians into reconsidering fascism‚Ä¶ all while watching the Irish drink themselves into early graves to avoid lives of certain indentured servitude, watching the takeover of the world by irresponsible lenders considered too big to fail, jail or assail‚Ä¶ if viewed with the right perspective‚Ä¶ is sort of a hoot.

It‚Äôs kind of like watching the tigers, all vain and dressed in Little Black Sambo‚Äôs brightly colored clothes that he surrendered so that the tigers wouldn‚Äôt eat him, as they chase each other around and around the tree‚Ä¶ until they are reduced to a pool of melted butter.

Remember how the story ends?¬Ý The tigers lose.¬Ý Sambo recovers his clothes and his mother makes pancakes with the butter.¬Ý Mmmm‚Ä¶ good.

Oh, and one more thing‚Ä¶

Something occurred to me earlier and t‚Äôs what got me motivated me to write this article‚Ä¶ Bernie Madoff.¬Ý Over 25 years, Bernie scammed $60 billion out of investors with his ponzi scheme‚Ä¶ then he turned himself in‚Ä¶ and so he‚Äôs now in jail.

If I were him‚Ä¶ I‚Äôd be so pissed off at myself.¬Ý I mean, Bernie must have realized it by now‚Ä¶ he didn‚Äôt really need to turn himself in‚Ä¶ because the way things have gone, after defrauding investors out of $60 billion, he might not have even been prosecuted.

That‚Äôs what Bernie did wrong‚Ä¶ he gave up and turned himself in.¬Ý No one goes to jail that steals billions in this country, let alone¬Ý $60 billion.¬Ý Bond trader, Howie Hubler cost Morgan Stanley about $9 billion in a day, if memory serves, and he went home with something like $40 million.

If no one else is going to go to jail having to do with the financial meltdown, then I don‚Äôt actually care if Bernie is in there either.¬Ý I mean, if crime pays‚Ä¶ then let‚Äôs embrace the change.¬Ý Let‚Äôs stop pretending and start rooting for the bad guys‚Ä¶ because they‚Äôre now the good guys. 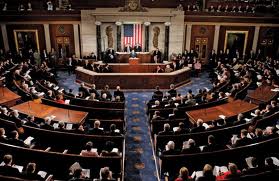 ¬ÝLoop it and I’m good to go.

It‚Äôs the same way I feel about members of the U.S. Congress.¬Ý Since they‚Äôre not going to accomplish anything, and they‚Äôre not‚Ä¶ I‚Äôd be fine if they‚Äôd just put C-Span on a loop so it looks like they‚Äôre in session, and then they could all take off for Florida, or Hawaii‚Ä¶ or wherever they‚Äôd like.

They really don‚Äôt have to fake it on my account, I‚Äôd rather see them all having a good time.¬Ý As long as they remember what the Poet Laureate, Mr. Bob Dylan had to say,,,

Don’t wear sandals‚Ä¶ try to avoid avoid the scandals‚Ä¶ don’t wanna‚Äô be a bum, you better chew gum‚Ä¶ the pump don’t work ’cause the vandals took the handles.

Do you dig what he‚Äôs saying there?