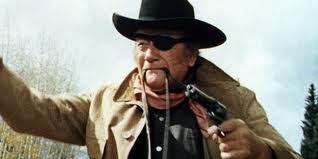 What the heck was that?┬Ā ItŌĆÖs so rare, that I could hardly recognize it, but sure enough, it was a politician with true grit.┬Ā Go figure.

According to a story in Mortgage News Daily, CaliforniaŌĆÖs Lt. Governor Gavin Newsom took a couple of shots at a Washington D.C. trade group called the Securities Industry and Financial Markets Association (ŌĆ£SIFMAŌĆØ) in response to their threatening San Bernardino CountyŌĆÖs Board of Supervisors because they approved a plan to use eminent domain to seize and restructure underwater mortgages.

And since San Bernardino did it, officials in Berkley and Chicago have done it as well, by approving similar plans.┬Ā And that is just scaring the heck out of all sorts of mortgage banking typesŌĆ” so, how can that be a bad thing?┬Ā Assuming thatŌĆÖs all the plan ever accomplishedŌĆ” IŌĆÖd have to give it a ŌĆś10ŌĆÖ and call it a resounding success.┬Ā We need more like it.

Now, wait until you hear what Lt. Governor Newsome saidŌĆ”

Newsom basically said that banks have had plenty of time to fix the problems they largely created, and that he expected SIFMA should ŌĆ”

And that was just the beginningŌĆ”

“The Washington D.C. special interest groups need to back off.┬Ā We owe it to homeowners everywhere to see if the solutions being discussed in San Bernardino will work.”

“We must think big and help our local governments develop solutions – because the industry and federal government have not.┬Ā This (eminent domain) may be an aggressive idea, but communities such as San Bernardino, Chicago and others have no choice in these desperate times.”

“We cannot allow Wall Street, who exploited the housing market for financial gain, to kill an idea before it is given a fair hearing.┬Ā To untether homeowners from the anchor of underwater mortgages would restore consumer confidence, give a boost to the economy and to job creation.ŌĆØ

“The true injustice of the last few years is that as banks were bailed out and government claimed it has done all it can, the homeowner, the backbone of our communities, has received nothing but eviction notices.┬Ā We need to help the people that government bailout programs have left behind – ordinary folks that have worked hard to keep their homes even as values plummeted.”

SIFMA started freaking out over the idea right after San Bernardino approved the plan, saying in a press release thatŌĆ”

ŌĆØŌĆ” the action will result in significant harm to the residents the agreement intends to help.”┬Ā The plan, SIFMA said, may cause loans to homeowners in the area to be “excluded from securitizations, and some portfolio lenders could withdraw from these markets.┬Ā In other words, this program could actually serve to further depress housing values in the country by restricting the flow of credit to home buyers.” ┬Ā

Good Lord, isnŌĆÖt anyone tired enough of this bullshit argument, which is trotted out by someone in banking or mortgage banking every single time something might change.┬Ā It ŌĆ£couldŌĆØ further depress housing?┬Ā Or, it ŌĆ£mayŌĆØ cause loans to be excluded from securitizations?

So what?┬Ā Who cares?┬Ā First of all, I donŌĆÖt know anyone that would ever want to be in a securitization ever again.┬Ā And housing doesnŌĆÖt get much more depressed than it is todayŌĆ” six years into the foreclosure crisis, and with EVERY other government program having proved itself an abysmal failure.

And yet, chief eclownomists everywhere are still saying ŌĆ£next year itŌĆÖll be better,ŌĆØ just like they have for the last five years.┬Ā IŌĆÖd say itŌĆÖs long since time for them to shut the hell up, we know youŌĆÖre all liars and weŌĆÖre done listening to you.

I know my readers and they know me, so they all noticed that I used the word bullshit above, and they know that I donŌĆÖt like to swear in my columns and almost never do.┬Ā So, theyŌĆÖve already figured out that I am good and pissed off at these Liars of Finance, I donŌĆÖt care what they think about anythingŌĆ” and I applaud Lt. Governor Newsom for standing up to themŌĆ” and you should too.

ŌĆ£If San Bernardino, Berkley, or Chicago proceed with their plans it would probably represent the first time eminent domain was used in the taking of financial instruments.ŌĆØ

DonŌĆÖt you love someone who writes like theyŌĆÖre an expert or journalist, but does no actual research of the facts before blathering away?┬Ā So, I looked up Jann Swanson on Mortgage News DailyŌĆÖs site and immediately found this line below her bio: ŌĆ£Jann Swanson has not entered any Education Information.ŌĆØ

The State of Hawaii used eminent domain before to level the playing field between large land owners and regular people.┬Ā The state took land and then sold it to those who lived on it through a Hawaii Housing Authority.

SIFMAŌĆÖs members have threatened litigation, saying that it could possibly tie up any resolution in the courts for years, but if that were true, why would they be so upset?

Reuters then reported that Kenneth E. Bentsen, Jr., SIFMA’s executive vice president for public policy and advocacy released a response to Newsom that said in partŌĆ”

“We’re simply laying out the facts so that the county is fully informed of the impacts of the proposed actions. We believe that this inappropriate and unconstitutional use of eminent domain would result in unfair takings from every-day investors and pensioners and be immensely destructive to the U.S. mortgage markets.”

F#@k you Kenny-boy, you lobbyist scumbag.┬Ā You werenŌĆÖt doing any such thing.┬Ā You were issuing a threat in an attempt to intimidate others so they wouldnŌĆÖt even consider the idea.┬Ā ThatŌĆÖs what you were doing.┬Ā And donŌĆÖt get mad at me for saying so because I was just simply laying out the facts tooŌĆ” you know, so you could be fully informed of what an insufferable prick you are.

Lt. Governor Gavin Newsom youŌĆÖve got my support no matter what you want to do from here on out.┬Ā Bravo, sir.┬Ā Very well done, indeed.

Everyone should be watching as the EU Central bankers have continued to strangle the life out of entire countries like Greece and Spain, where the conditions are deteriorating every day.┬Ā In this country, weŌĆÖve got Fannie Mae and Freddie Mac doing the same thing to American homeowners with their refusal to write down loan balances under any circumstances.

Paul Krugman had the best take on the FHFAŌĆÖs Ed DeMarco yesterday, saying: FIRE HIM!┬Ā And Ezra Klein spoke with Professor Adam Levitin and learned that President Obama can actually get rid of De Marco, if he really wants to, read it HERE.

The fact is that bankers all over the globe are attempting to strangle the life out of individuals, cities, states and even governments.┬Ā Enough is never enough for these guys, so we need politicians like Lt. Governor Newsom to stand up to them and sayŌĆ” “Fill your hands you son-of-bitch!”

Because that is True Grit.

So, who is SIFMA anyway?┬Ā Well, you check them out below.┬Ā ItŌĆÖs the sort of list that should be preceded by the phrase: ŌĆ£Named in the indictment wereŌĆ”ŌĆØ