Home  »  It’s Official: Thanks to Former Citigroup CEO Sandy Weill… I Have Now Seen Everything.

It’s Official: Thanks to Former Citigroup CEO Sandy Weill… I Have Now Seen Everything. 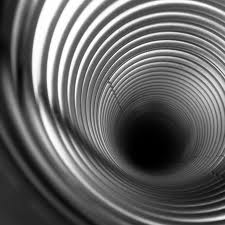 Okay, so look… I know this is going to sound crazy.  Don’t laugh, okay?

So, I guess I had this dream.  I was watching CNBC… which, by the way, is how I knew it was a dream because I never watch CNBC… anyway, so I was watching CNBC and on comes Sanford “Sandy” Weill… you know… the ex-CEO of Citigroup… from back around maybe 1998 until 2003, or maybe a year or two later? 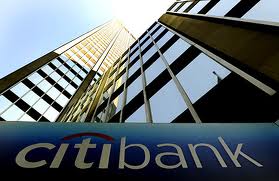 The guy for whom our government repealed the Banking Act of 1933, by passing the Gramm-Leach-Bliley Act in 1999.  It was the Act that established the Federal Deposit Insurance Corporation (“FDIC”).

The Act that was intended to place strict controls on banks related to financial speculation… you know, speculating… how can I put that in today’s terminology… oh, I know… it’s what JPMorgan calls “hedging.”  Right… now you’ve got it… the Banking Act of 1933 was the Act that was to control a banks ability to gamble.

Well, after this, I should think nothing of falling down stairs.

It sounds kind of funny today, doesn’t it?  Well, you see… that was back when banks had people’s deposits and we didn’t want bankers to go out and gamble with the money that belonged to their depositors because they might lose it and then everyone would lose their money when the bank failed.  I know, it sounds crazy today, but that’s what they used to worry about back then.

I know what you’re thinking, but I swear it really is true… banks actually used to “FAIL.”  Don’t laugh at me, I’m serious.  It wasn’t part of my dream, they really did.  You can look it up…

So… anyway… a lot of people refer to the Banking Act of 1933 as the Glass-Steagall Act, after the bill’s congressional sponsors, Carter Glass (D-VA), and Henry B. Steagall (D-AL).

Most people, when they talk about Glass-Steagall are talking about four provisions of the Banking Act of 1933, that specifically limited commercial bank securities activities and affiliations between commercial banks and securities firms or investment banks. 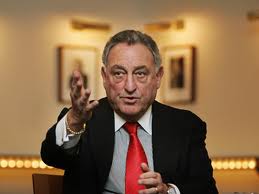 So, back to my dream.

So… Sandy Weill comes on some CNBC show and starts talking about how he thinks we should have the Glass-Steagall Act’s provisions brought back again, so that banks and securities firms or investment banks have to be separate entities.  Like, Sandy starts telling the CNBC hosts that he thinks we should break up the big banks in this country… I swear… how weird is that?

I mean… Sandy’s book was called, “The King of Capital,” and yet there I was in my dream, hearing Sandy Weill say we need to break up the banks, basically bring back Glass-Steagall.

But, then… in Sandy Weill’s office there’s a wood etching of him engraved with the words…

“The Shatterer of Glass–Steagall”

So, then they go to a commercial and it’s an ad with Jamie Dimon in it for JPMorgan Chase.  And he’s saying all this stuff about how people should put their money in JPMorgan Chase bank because of how conservative they are.  And then John Corzine comes on the screen and he’s wearing a shirt that says “Global  Regulator”… and HE vouches for how safe JPMorgan Chase really is… I know it seems insane…

So, then Corzine turns around and looks at the camera, and we can see the words “MF” right before “Global  Regulator,” and he puts his finger to his lips, winks, and goes: “Shhhhh.”

I mean, how CREEPY is that?  I was totally freaking out in my dream.  So, here’s the funny part about the whole dream… it seemed so real.

The Glass-Steagall Act came out of the Pecora Investigation of 1933, which was really a Senate Investigation into the causes of the market crash of 1929, but the lawyer that was appointed in January of 1933 was Ferdinand Pecora, and he cross examined the bankers and did such an incredible job at exposing what they had done, that the public started calling the bankers of the day, “banksters.”

So, remember when I said that they passed the law to prevent bank from failing… and you thought that sounded funny, well… guess which bank was the ONLY commercial bank to be questioned by Ferdinand prior to the Glass-Steagall Act passing into law in June 1933?

Of course, back then it was called, “National City Bank,” but it’s the very same bank that ultimately was taken over by Sandy Weill, who had bought or merged his companies  with a bunch of insurance companies and securities brokerages, each time getting larger and larger, until he merged his giant insurance and securities mess with Citibank thereby creating the world’s largest and least manageable corporation the world had ever seen.

As mergers go, it was said to be all sorts of illegal, Glass-Steagall was only one of the major laws Sandy’s merger would eviscerate.  But, it was the late 1990s and Glass-Steagall had already been largely neutered by the banking lobby by that time.  In 1999, President Bill Clinton even said, “The Glass-Steagall Act is no longer relevant.”

And Clinton was smart because the next thing you knew… it wasn’t at all.

So… if you pit it all together… a guy by the name of Charles E. Mitchell was the CEO of National City Bank from 1921 to 1929, and National City Bank, who was the largest issuer of securities in the world at that time, was shown to have dished off thousands of bad loans to unsuspecting investors in Latin America and elsewhere by packaging them into opaque and complex securities.

Unbelievable… right?  So, then the market crashed and we had the Great Depression and people starved to death and it was like in that movie, “The Grapes of Wrath,” starring Henry Don’t-Call-Me-Hank Fonda.  (I’m not sure, but they may have even made a book out of it by George Steinbrenner… before he bought the Yankees. )

Then, in 1933,  he was arrested and indicted for tax evasion by then Assistant U.S. Attorney Thomas Dewey, who would go on to his 15 minutes of fame when he beat Truman in 1948.  And here’s what Senator Glass said about Mitchell…

“Mitchell more than any 50 men is responsible for this stock crash.”

So, what happened?  They hung him, right?  Shot at dawn?

Actually, no… he was found NOT guilty of all criminal charges, although the government did win a consolation type of verdict against him… a million-dollar civil settlement.

When I get home I shall write a book about this place… If I ever do get home.

Okay, so then we have Glass-Steagall until the late 1990s and everything goes along pretty well for all those years… you know, except for things like a World War, segregation and Civil Rights, assignations of John-Bobby-Martin and Malcolm… Vietnam, Watergate, Drexel Burnham Lambert, Michael Milken, the S&L crisis, Executive Life, the crisis in Latin America, Iran Contra, the dot-com bubble, the Long-term Capital Management crisis, and probably a few others I can’t recall at the moment… but other than those things, everything went along pretty well…

Until a new CEO of National City Bank, now called Citibank, comes along and SHATTERS the now irrelevant Glass-Steagall Act, and then cue Alan Greenspan, and enter securitization and we have the worst economic meltdown since the last time Citibank’s CEO broke the world… and then what happens?

The Citibank CEO of the 1990s that SHATTERED Glass-Steagall comes on CNBC and tells everyone that we should bring Glass-Steagall BACK!  And I’m thinking… why, does he just want something to SHATTER again?  Why won’t the Citibank CEOs leave us alone?  What do they have against us?  We never do them any harm… I mean a $1 million fine for the Great Depression, don’t tell me he was mad at us for that, was he?

Surely we made up for inconveniencing his predecessor this last time they broke the world… this last time we gave Citibank like a few hundred billion… no fine… not even a stern talking to.

Of all the silly nonsense, this is the stupidest tea party I’ve ever been to in all my life.

Does everybody see that over there?  What do you mean where?  Over there.  It’s a large white… no, wait… that’s silly… never mind.  It couldn’t be… I really have to lay down.  I’ve been working much too hard lately.

Anyway, so that was my dream.  It’s ridiculous?  Yeah well, that’s what I thought too.  But, if that whole thing was a dream, then how do you explain what’s on the video screens just below?  I’m going to bed, I don’t want to know what kind of creepy Twilight Zone meets Stephen King thing is going on around here.

And you really don’t see anything unusual over on the right?  Yeah… no, I don’t either… I was just wondering… just testing you… lol.

I’m sure when I wake up, everything will be right as rain… bankers will be greedy and against all regulation like always and I’ll feel better… and there won’t be any Citibank CEO ghosts on my television… I know that’s right.  Right?  Let’s hope.