Home  »  I Would Have Bet Anything Against This 10 Years Ago…

I Would Have Bet Anything Against This 10 Years Ago… 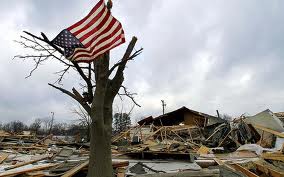 I’m not kidding about this…

If even ten years ago, someone would have tried to tell me that in 2012, young people in Russia would be doing this (see video below), while in the U.S.A. our young people would be facing 48.8 percent unemployment (lowest since 1948), the need to borrow into the six figures to obtain decent college educations, and police in riot gear spraying them with pepper spray and arresting them when they peacefully assemble to protest… I would NEVER have believed it.

In fact, I would have bet anything against it.

And I would have lost.  And that, my dear friends, is by far the most tragic outcome of our government’s policies that I can imagine coming to pass.  While we argue over the petty differences of left and right, our nation is plainly sinking into poverty.

And it’s our own children that are truly drowning.

In the 1970s, just 1 in 50 Americans received food stamps. Today, it’s 1 in 7 Americans that are receiving food stamps assistance at a rate of $134 per month, or roughly $1.50 per meal per day, by my calculations.  And more than one in four children are sharing those meals.  The monthly cost is $6 billion.

Excerpted from an APNews report yesterday…

The House Agriculture Committee on Thursday unveiled its approach for a long-term farm and food bill that would reduce spending by $3.5 billion a year, almost half of that coming from cuts in the federal food stamp program.

The Congressional Budget Office, in its analysis of the Senate bill, estimated that the $4.5 billion saved over 10 years would result in nearly 500,000 households each year having their monthly food stamps reduced by an average of $90, nearly one-third of what they receive.

The Senate bill passed last month on a bipartisan 64-35 vote.

Meanwhile the young people in Moscow are doing this…