Home  »  How’s the View from Where You’re Sitting?

How’s the View from Where You’re Sitting? 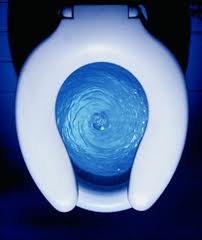 So, I was wondering… how’s the view from where you’re sitting these days.  Is it just me… because I keep hearing a loud flushing sound coming from all over the place?

Anyway, as I was scanning the news today, I found myself unable to say anything about it.  So, this is kind of a rarity for me… it’s just random… news… from around the country.  It fits together if you look at it right.

But, then… if you want my advice… don’t read it, or watch it… just skip this page and head for the sports section or something.  I’m sorry I’m even posting it… seriously… click away… while you still can. 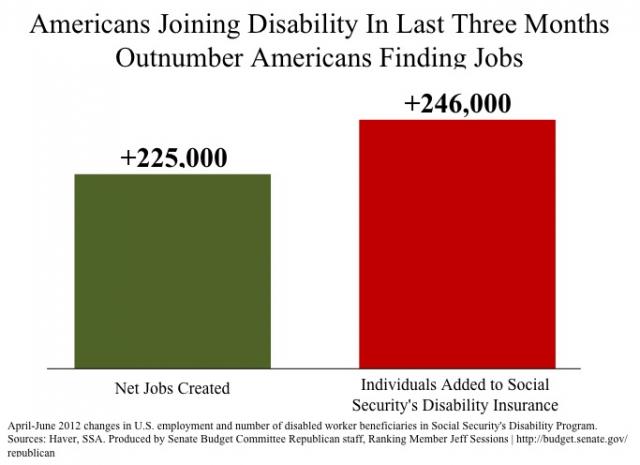 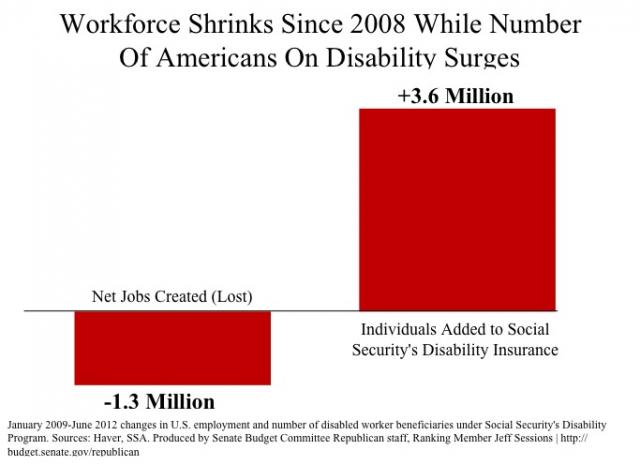 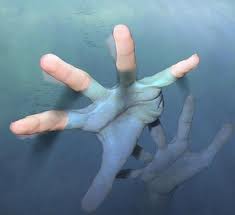 A Record Decline in Wealth…

“Housing was of greater importance than financial assets for the wealth position of most families,” the Fed said.  That’s NEWS to the Fed?  Well, isn’t it nice that the Fed has figured that out NOW?  Next time, they could check with me before they bankrupt the country’s middle class, I could have filled them in.

“Although declines in the values of financial assets or business were important factors for some families, the decreases in median net worth appear to have been driven most strongly by a broad collapse in house prices,” the Fed said.  And so a gold star for you Benny-boy. 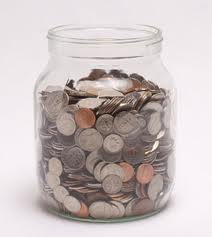 Making matters worse, many who have lost their jobs have defaulted on 401(k) loans, causing taxes and penalties to further deplete their retirement savings.

“Of greatest concern are those who are in their 40s and 50s,” says Catherine Collinson, president of Transamerica Center for Retirement Studies, which released a study today on the retirement outlook of the unemployed and underemployed.  Of greatest concern to who?

Long-term unemployment for older workers has risen substantially, the U.S. Government Accountability Office says. Last year, 55% of unemployed workers age 55 and older had been seeking a job for more than six months.

So, what’s the plan for fixing things?  Anyone?  Anyone?  No plan?  I’ve got a couple of ideas, if anyone wants to hear them?  No?  Yeah, that’s what I thought.

For the first time in recent history, the average Canadian is richer than the average American, according to a report cited in Toronto’s Globe and Mail.

And if that wasn’t enough to get you thinking about moving north, Canadians who own real estate have four times as much equity as Americans do, and their properties are worth on average $140,000 more than ours.

Oh yeah… and they have free health care.

So, what are we working on to turn this ship around?  Nothing?  Okay.  Sorry I mentioned it.

AND WHY NOT… MORE STILL. 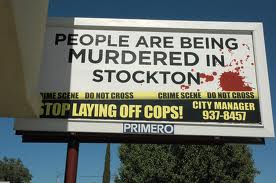 Over the last few years, Stockton has been forced to cut more than $90 million in spending over the past few years… its police department has been gutted.  And after cutting more than one quarter of its police jobs, all it has to show for it is a “surge in murders.”

According to police spokesman Joe Silva, the cuts have created an “emboldened criminal element” in the city, with 87 murders since the start of 2011, 29 of which occurred this year.

Mayor Ann Johnston said, “We have hit the wall, we are insolvent.”  She also says that, “Citizens won’t be affected.”  As long as they’re not murdered, I suppose.

But, don’t worry… it’s not only happening here.  It’s happening all across America.  In Cleveland 52.6 percent of children are living in poverty.  And click that link and see the percentages of children living in poverty in other American cities.  And according to the FBI, St. Louis is the most dangerous city in America at the moment, so go figure.

And so what we’re going to do is…?  Nothing?  Absolutely nothing?  Fine.  That’s just fine.

And I’m not going to say a word about Spain, Italy, Greece and Portugal.  We’ll just pretend everything is just fine over there.

OKAY, NOW FACTOR IN THE FOLLOWING…

“Given that growth is projected to be not much above the rate needed to absorb new entrants into the labor force,” Bernanke said, “the reduction in the unemployment rate seems likely to be frustratingly slow. Indeed, the central tendency of participants’ forecasts now has the unemployment rate at 7 percent or higher at the end of 2014.”

Frustrating for who, exactly?  Not for him, I’ll wager.  Any plans or ideas for changing that outcome?  I mean, Benny… you pumped $16 trillion into banks and supposedly stopped us from falling into HELL… can’t you think of anything that might change the picture going forward?  No?  Nothing?  Well, great.  Keep your frustration to yourself, okay?

Congressional Democrat Rosa DeLauro says the dramatic usage of the food stamps program is due to the economy and that unemployment at 8.2 percent is only reporting those actively looking for work.  Terrific news.  Thanks for that.  Any ideas?  Didn’t think so.  Alrighty then… we’ll let you go back to bed then.

BUT, IT’S ACTUALLY ALL GOOD NEWS?  WE SHOULD BE HAPPY… CHEERING EVEN?

OKAY, IF YOU SAY SO…

“Throughout history, it has typically taken countries up to ten years to recover from financial crises of this magnitude.  Today the economy’s many European countries still aren’t growing and their unemployment rate averages around 11%. But here in the United States, Americans showed their grit and showed their determination. We acted fast. Our economy started growing again six months after I took office, and it has continued to grow for the last three years.”

ON THE CAMPAIGN TRAIL…

Tom Vilsack, the former governor of Iowa, made his comments just a couple weeks after President Obama assured Americans at a press conference that the “private sector is doing fine.”

The president later tweaked his comments, telling reporters that, in fact, “It is absolutely clear that the economy is not doing fine, that’s the reason I had the press conference.”

And one more, if you have the stomach for it.  I don’t blame you if you don’t.