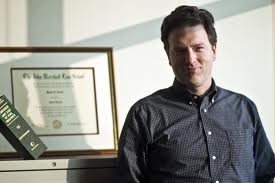 Mandelman Matters’ Trusted Attorney in the State of Utah

Walter Keane is a very experienced real estate attorney practicing in Salt Lake City, Utah. Â He became somewhat famous last year when he filed for quiet title on behalf of four homeowners… and won all four times. Â Of course, since then the Appeals Court has closed that door in Utah, but Walter is already talking about other avenues that I haven’t heard elsewhere.

And that’s why Walter Keane is Mandelman Matters’ Trusted Attorney for the State of Utah. Â He’s experienced… creative… caring… and just darn good at his job. Â He’s also a pragmatist… meaning he’s practical and above all… he’s honest and very candid with his clients.

I’ve known him for over a year now, and I visited his Salt Lake Offices to shoot the interview that I’ve edited into the 10-minute documentary below.

Click play and get to know Utah attorney Walter Keane. Â As a Mandelman Matters Trusted Attorney, you can pick up the phone and call him just to ask questions… he won’t mind a bit… in fact, he wants to help in any way he can.

Whatever you do, be careful out there… and remember what sounds too good to be true… is.