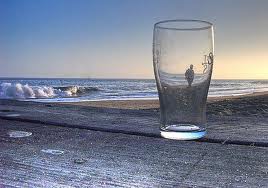 Through a Glass Darkly: the State Barās Lack of Transparency On Loan Mod Lawyers

Sometimes you know when you have hit a nerve. Ā TheĀ podcast that I did with Martin Andelman discussing the State Bar of California and the loan modification crisis produced an interesting communication to Mr. Andelman from the State Bar:

FROM THE STATE BAR PRESS OFFICE:

For the record, since February 2009, the Office of Chief Trial Counsel has pursued disciplinary charges related to loan modification services in approximately 1,186 cases involving about 153 licensed California attorneys. Of those, approximately 581 cases have resulted in discipline (involving 69 attorneys) and 18 cases have resulted in disbarment. Approximately 720 cases are still pending before the State Bar Court, with another 291 matters under active investigation.

This was reaction to our discussion about the low numbers of loan modification lawyers disciplined by the State Bar through April 2011. Ā InĀ a report dated April 26, 2011, former Chief Trial Counsel James Towery reported:

Since 2009, OCTC has filed 15 notices of disciplinary charges against attorneys for loan modification misconduct, some of which relate to the same attorneys against whom section 6007(c) petitions were filed involving the same cases. Ā The other avenue-and one used by the Barās Loan Modification Team-is seeking the attorneyās inactive status based on the threat of public harm, pending the resolution of disciplinary charges. Business & Professions Code section 6007(c) (1) provides ā[T]he involuntary inactive enrollment of an attorney may be ordered upon a finding that the attorneyās conduct poses a substantial threat of harm to the interests of the attorneyās clients or to the publicā¦ā

Because OCTC must file a verified accusation showing that there is a substantial threat of harm to clients or the public, these petitions typically rely on a multitude of investigated complaints. However, some attorneys pose a substantial threat of harm to the public despite only a few pending loan modification misconduct complaints. Since mid-2009, the Loan Modification Team has filed eleven section 6007(c) petitions, ten of which have been granted by the State Bar Court. One matter is currently pending.

Any student of modern public relations will admire the artfulness of Ms. Ernde’s press release. 1,186 cases seems to be an impressive number; as does the number of attorneys involved in those cases, 153. Ā It almost seems to confirm Howard Miller’s statement in October 2009 aboutĀ “hundreds, perhaps thousands” of attorneys being involved in loan modification misconduct, until you read on and discover that only 69 attorneys have been disciplined, and only 18 disbarred.

Questions then arise: If 153 lawyers have been “pursued” and 69 disciplined, what has happened to the other 84? Ā Were cases against them dismissed? Did they resign? Ā Were some of these lawyers given warning letters or agreements in lieu of discipline (ALD), dispositions typically merited for extremely low-level misconduct?

Are there pending disciplinary prosecutions against some of the 84? Ā How many? The information that 720 cases are pending before the State Bar Court is interesting but we are not told how many attorneys those 720 cases represent. Ā One could speculate that since 1186 cases resulted in discipline of 69 attorneys, 720 cases may mean pending prosecutions against 41. Ā If so, what happened to the other 43? Ā Does that mean that the remaining 291 cases that are pending in investigation represent about 17 attorneys? Also, since we know that recidivism occurs among disciplined attorneys, are any of the 69 disciplined attorneys also among the unknown number of the 84 that may be the subject of current discipline proceedings?

Part of the problem is the use of the vague term “pursued”. Ā It seems to mean that a notice of discipline charges (NDC) has been filed in State Bar Court against the attorney. Ā Is so, why not be precise and say that, as Mr. Towery did in his April 2011 report? Ā Another is use of “cases” instead of identifying numbers of attorneys. Ā 720 cases pending in State Bar Court might mean 43 attorneys or it might mean 21, or even less, depending on the number of cases filed against each attorney. Ā A few attorneys with 40 or 50 “cases” could skew the really important numberā¦ and the number of attorneys involved in this type of misconduct could be pretty low. Ā I know of several Respondents with numbers of “cases” in this range.

And, at the risk of being identified as a real nitpicker, how exactly is “loan modification misconduct” defined? Ā At one end of the spectrum, consider an attorney of 30 years with an unblemished record in an established real estate practice who takes on the representation of a single client with a pending foreclosure sale, and neglects to take any steps to stop the foreclosure, and his failure to perform doesn’t harm his client because there was no real basis for stopping it. Ā This would probably be resolved with a public reproval (seeĀ Standard 2.6(b), Standards for Attorney Sanctions for Professional Misconduct, Title IV, State Bar Rules of Procedure.)

At the other end, an attorney with a record of prior discipline who lends his name to non-attorneys who run a loan mod shop and take money from dozens of clients without doing anything. Ā Certain disbarment. Ā Both are “loan modification misconduct” but the first example is not what Howard Miller was talking about. Ā The fact that only 18 lawyers out of the 69 have been disbarred means that the activity that so exorcised Miller was far less widespread than advertised. Ā  As the State BarĀ hasĀ taken aggressive action in the loan modification area in the last year (as a comparison of the press release numbers with the April 2011 numbers show), it is likely that almost all of the real scammers, the ones that inspired SB94, have already been taken out.

What the State Bar is left with now may largely be attorneys who did some volume of loan modification work, failed in a certain number of cases to obtain the loan modification the client wanted, perhaps because of lender intransigence or client cupidity, and took a fee before the work was “complete”, allegedly in violation of SB 94. Ā Not the lawyers that SB94 was intended to address but a target nonetheless because of SB 94’s overly broad and possibly unconstitutional remedyā¦ lawyers simply caught up in the loan mod dragnet.

But the biggest issue is that the State Bar could have produced informative numbers and chose not to. Ā I was curious as to whether more comprehensive information loan modification misconduct had been provided in any public report to the State Bar Board of Trustees.

So I plumbed theĀ Board meeting archives. Ā Lots of interesting stuff there but nothing in the Chief Trial Counsel’s public status reports since last July except the tantalizing statistic that there had been 4,451 “allegations” of loan modification misconduct made at the Intake stage in 2011 (OCTC Status Report dated January 25, 2012). Ā “Allegations”, if anything, is a more opaque category than ācasesā but the number is impressive. Ā At least until it is compared with the other numbers discussed above and you realize that itās largely sizzle as opposed to steak.

Ms. Ehrde’s artful email confirms that the reasons for the State Bar to inflate the threat presented by loan modification attorneys remains in play.Ā Ā As an organization, the State Bar has been criticized in the past forĀ a lack of transparency in the information that it provides. Ā This is one tradition that doesn’t seem to have changed.

Ā About the Author

My name is David Cameron Carr.Ā Ā  I am a member of the California bar in private practice in San Diego, California.Ā  MyĀ practice is legal ethics, State Bar discipline defense, admissions and reinstatement; in general, the law of lawyering.Ā  Between 1989 and 2001, I worked for the State Bar of California as a staff attorney, discipline prosecutor and manager. I graduated from Loyola Law School in Los Angeles in 1986.Ā  My undergraduate degree was in history, from UCLA, whose football team continues to break my heart.Ā  I had the great honor of serving as President of the Association of Discipline Defense Counsel, between 2008 and 2011.Ā  I am also a member of the Association of Professional Responsibility Lawyers, the San Diego County Bar Association and the American Bar Association, Center for Professional Responsibility.

I want everyone to know that as a Bar Defense lawyer, David has represented numerous attorneys who have been facing discipline charges in Californiaās State Bar Court.Ā  Heās seen the bad guys who were disbarredā¦ and the good guys who have been unfairly persecuted.

This is a subject that too many homeowners and lawyers arenāt taking seriously enough.Ā  The California State Bar is taking a position that would make it impossible for homeowners who WANT to hire a lawyer to hire one to help them get their loans modified, which is the only way the vast majority of people will save their homes.

And there should be no question about thisā¦ many people DO need help, beyond calling their servicer directly or contacting a HUD counselor.

Iād be one of them, by the way, and if I found myself in need of a lawyer to help me get my own loan modifiedā¦ and was told I couldnāt hire one because the California State Bar had made it impossible for me to do soā¦ well, Iād sue themā¦ and if I couldnāt do thatā¦ Iād never stop screaming about what they had done.

I donāt need, nor do I want that kind of protection by the California State Bar, thank you very much.