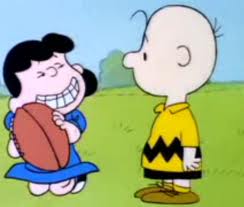 Okay, so please forgive me for saying so, but there’s something very smarmy about this whole thing.Ā  I mean, something almost on a level with, “Hey, little girl… want some candy?”Ā  Well, maybe that’s going to far, but do you know what I mean?

Yesterday. the OCC reported that 193,630 people have requested that their cases be independently reviewed as part of the OCC’s Independent Foreclosure Review, and 144,817 files have been selected by the consultants for further study.

That’s not very many applicants, when compared to the 4.5 million that were supposed to be eligible, according to John Walsh, the acting Comptroller of the Currency when he announced that his office would be conducting the review last November.

(How did I remember that?Ā  Simple, really.Ā  I wrote about it at the time so I just Googled my own article, which you can read HERE.Ā  That was handier than a pocket on a man’s shirt.)

And I also could have sworn that a few months ago they were claiming that 300,000 or 400,000 people had applied already, but in light of yesterday’s six-month report, I guess not.

So, in other words, it was a flop… no, check that… it was another in a continuing series of mega-flops.

I wonder what made it such a prodigious flop.Ā  Well, I’d hazard a guess that for one thing, people are getting kind of tired of that total lack of transparency routine.Ā  Remember. they wouldn’t disclose who the independent reviewers were or what the process would entail.Ā  It was sort of like… just fill out the form, loser, and maybe we’ll send you a check for ten bucks some day, but we won’t be telling you when and we won’t be telling you why.

And so people sort of said… YAWN.Ā  No thanks, keep your money… we don’t care anymore.

Then there was that insider that worked at Promontory that contacted me to tell me what a sham the whole process actually was.Ā  Remember him?Ā  He was told to, “put away his shovel and stop dogging.”Ā  If you missed that one, it’s definitely worth the price of admission, as they say, and you can find it HERE.

That revelation probably didn’t cause anyone to rush out and send their forms to the OCC, I would think, not that all that many were planning on it anyway at that point.Ā  So, facing yet another dramatic overestimation of a program’s significance, they must have called a meeting… maybe even brought in an ad agency from Madison Avenue… to help them sell it.

Without looking it up, my memory says the first deadline was April 30th.Ā  The first extension took the deadline out to July 31st, and now you have until September 30th to submit your facts for review.

Yes, it’s true.Ā  If you apply for your review by midnight tonight, you’ll also get the Ab Rocket, the Halftime Drill, and the Topsy Turvy Tomato Planter!

Actually, even though I wouldn’t be surprised if that sort of thing is in our future, but what the OCC is offering is quite a bit better than made-for-T.V. consolation prizes.Ā  The OCC is enticing you to apply with cold hard cash.

The 14 firms, also including Wells Fargo & Co., could be instructed to give lump-sum payments between $500 and $125,000 in each case involving improper practices, the regulatorsĀ said.

Anyway, so that’s the deal… $500 to $125,000… PLUS EQUITY!Ā  It makes it sound like the worst you can do, assuming you get past the qualifying round, is the $500, right?Ā  Five hundred’s not bad, I suppose.Ā  It’s not $125,000 plus equity, but it’s enough to get yourself good and drunk so as not to beat yourself to death for falling for their little trick.

As long as they don’t switch you to a gift certificate for one of those warehouse stores or Sky Mall magazine where you couldn’t even find one thing you’d bother taking home.Ā  Or even worse, it ends up being $500 worth of business checking at Chase or wherever.

And then there’s the issue of the taxes… I’d imagine it’s like Vegas… they deduct the tax before handing you the net amount of your winnings.Ā  And my question is, don’t they have to publish something about the odds of winning, or disclose how many $500 prizes there are and how many $125 plus equity grand prizes?

And while we’re on the subject of the federal government as carney barker, I think this is how we should sell principal reductions to Ed DeMarco at the FHFA… as a drawing or sweepstakes.Ā  No moral hazard, eventually the debt gets written down.

I’m not sure how to think about this…

Alright, let’s get serious for a moment.Ā  I’m not really sure how to think about this.Ā  It’s certainly easy to make fun of, but maybe that’s not the right thing to do.

If you recall, I was originally of the opinion that homeowners who believed they were damaged should submit their facts to the OCC review, of course I changed that view after talking with the whistle blower who described the process as being… well, less than thorough to say the least.

My reasoning was simple… it couldn’t hurt.Ā  In other words, why not?Ā  That was about the best I could do at the time.Ā  Now, I think… if it were me… I’d definitely do it.Ā  I know, the mentioning of the monetary awards by the new comptroller of the currency, Thomas Curry, could just be a cheap ploy to increase participation, but I think there’s substantial reason to believe that there are going to be a fair number of homeowners who end up with decent size checks.

I think it’s important to realize that the administration needs this to put some issues to bed permanently and that only happens if they can point to a significant settlement amount in the aggregate.Ā  If, after all of this activity, the total amount paid out by the banks totals the equivalent of pocket change, then the matters will go on… and the Obama Administration doesn’t want that.Ā  I see it as being very much like the AG settlement in that regard.

So, I think you should at least consider it.Ā  And if you do, remember that you need to take the authoring of your complaint very seriously… in fact, many may want to enlist the help of an attorney.Ā  The OCC says you don’t need a lawyer, but then… that means absolutely nothing.

What you submit to the OCC is a “complaint,” and the way in which its written is very likely to matter.Ā  So, if you want to go for it on your own, that’s your call… but if you find you’re struggling, it might be worth it to consult with an attorney, especially if you believe your damages could be significant.

Okay, what follows are three documents just released by the OCC related to the financial remediation component of the review process, in the following order:

Let me know your thoughts on this new development.Ā  As always, you can reach me at mandelman@mac.com.