Home  »  Chase? Hello? Mr. Dimon? Are You Really Going to Do This to a Single Mom in this Situation?

Chase? Hello? Mr. Dimon? Are You Really Going to Do This to a Single Mom in this Situation? 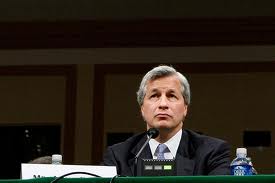 Life on this planet can be absolutely wonderful.Â  And right across the street it can seem to be unbearably hard.Â  Iâ€™m always amazed when I meet someone living a life that I could never imagine being able to endure.Â  Itâ€™s like that story about being upset over having no shoes until meeting a man that had no feet.

Julianna Pearce is such a person.Â  She lives a life that makes me realize that mine, no matter how difficult it seems at times, is easy living.

Julianna is a single mom with four children, although one is now away at college.Â  Sheâ€™s fully disabled and on Social Security, and her 13 year-old son is severely autistic.Â  She takes him to therapy six days a week.Â  He is capable of wandering off, and could run out in front of cars were he to get off the property, which is why Julianna has made the property and the home autismâ€“proof, she says.

Her son has something called â€śProject Lifesaver,â€ť which is a GPS tracking system she says is only offered in Madera County. Â If her son were to be missing, she could have him found in minutes.

As a parent, I imagine that it must be terrifying to live in that sort of situation day in and day out.Â  And I can imagine that itâ€™s hard on the other two siblings as well.

Her 70-something year-old mother, who is currently recovering from a recent heart attack, was also on the mortgage with her, and mom also lives on the property in some sort of trailer.Â  Itâ€™s quite ruralâ€¦ her property is 10 acres.

Iâ€™m quite sure that Julianna planned to stay there for the rest of her life.

But, Juliannaâ€™s income went down by about $850 a month when her son left the nest to attend college, and on top of that her disability check has been cut by about ten percent a year over these last three years.Â  Today, her monthly gross is about $2800, which isnâ€™t much, but isnâ€™t nothing.

So, you know how the story goes from hereâ€¦ she fell behind on her mortgage payments by about $8,000, and in January of 2011, she received the Notice of Default.

She sent Chase a check for $3,000, along with a letter promising to pay $2,000 a month for three months to get caught up.Â  Chase returned the $3,000, saying they couldnâ€™t accept it.Â  She called the bank to ask how she could work things out, and they told her she should apply for a loan modification.

So, she didâ€¦ she applied in February of 2011.Â  At that point, she could have brought the loan current using her tax refund check, but now she was on the loan mod path.

It was a bad path to be on, as things turned out, but she didnâ€™t know that for about 18 months.Â  Right up until the day Chase sold her home without any real notice, Chase kept saying that they wanted her to keep her house, which made her feel secure.Â  Good, sheâ€™d tell them, she wanted to keep it as well.

Julianna says she sent in her paperwork six times to Chaseâ€¦ sheâ€™d fax it to Chase from a local Chase branch, and yet they still never seemed to receive it.Â  Sheâ€™d show the people at her Chase branch that she had everything she was supposed to have before she faxed it over to nowhere.

Chase would routinely send mail to an address that doesnâ€™t receive mail, and they kept calling a number thatâ€™s been disconnected for four years.Â  But, somehow they managed to figure out where to send the Notice of Default, so that was handy.

Julianna says her package never even made it into underwriting, or at least thatâ€™s what she was told.Â  She says she kept asking Chase, â€śDo I need an attorney?â€ťÂ  And they kept saying, â€śNo, theyâ€™ll just do the same things weâ€™re doing now.â€ť

Well, that wasnâ€™t exactly true.Â  Her attorney, if sheâ€™d had one, probably wouldnâ€™t have sold her home on March 2nd of this year.Â  And her attorney would have almost certainly have told her about the sale earlier than on March 1st, when she called in to check on the loan modification that sheâ€™d been working on for the past 18 months.

The eviction notice says she will be evicted this Saturdayâ€¦ tomorrow.

And most of all, she doesnâ€™t know what happened to her home.

Mr. Dimon… why? Â Why would you or anyone else allow this to happen this way? Â There was no other way, is that what I’m to believe. Â Was Julianna “gaming” the system? Â She’s not even capable of “gaming” anything. Â The only thing she was capable of doing was trusting JPMorgan Chase.

And that was a terrible idea, wouldn’t you say?

DOERS?Â  Iâ€™m at a loss here.Â  Can you DO anything about this?