Home  »  Utah Foreclosure News is Based on Garbage Stats

Utah Foreclosure News is Based on Garbage Stats 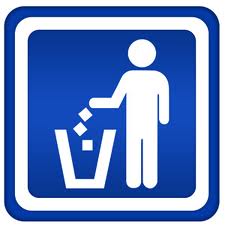 Now, here we are in mid-May and weâ€™re to believe that everything has changed for the better? Â That was then this is now, is that the idea? Â Poppycock.

The Mortgage Bankers Association yesterday released a report claiming that the share of Utah’s home loans at least 30 days late dropped to 7.4 percentâ€¦ from 7.58 percent in the previous three months.

Well, so what and who cares? Â First of all, thatâ€™s just not a statistically significant difference, in fact, it would be well within the margin of error for any legitimate survey of such data. Â And secondly, it’s an incomplete comparison. Â One point being compared is presumably the “drop to 7.4 percent.” Â And the other point against which the dropped 7.4 percent is to be compared, is a three month average of 7.58 percent.

If the last month of the three month average was 7.o percent, then this month’s 7.4 percent was actually an increase.

The Mortgage Bankers Association (MBAâ€ť) also claimed that in the first quarter of this year, six percent of loans in Utah were in default â€” which the association defines being at least 30 days behind on payments.

Now, and you have to read this carefully to see the deception, theyâ€™re saying that at the end of the first quarter of this yearâ€¦ â€ś2.5 percent of mortgage loans in Utah were in the foreclosure process.â€ť

What the heck does that tell us?Â  Not a darn thing, although if you like to guess at things, here are a few things it could mean:

The point is that reports like this one are a study in obfuscation, which means: â€śmuddyingâ€ť or â€śconfusing,â€ť or refers to a â€śsmokescreen.â€ťÂ  They donâ€™t really tell us anything, but theyâ€™re designed to make us think something has changed, when it has not.

Why do I say that?Â  For several reasonsâ€¦

To begin with, nothing weâ€™re dealing with is going to change that quickly.Â  It was a huge problem yesterdayâ€¦ itâ€™ll be a huge problem tomorrow.Â  If positive trends stay constant over the course of a yearâ€¦ then that will be something to cheer about.

Another reason for my skepticism is that none of the underlying fundamentals have changed one bit.Â  In fact, last monthâ€™s unemployment data was a nightmare, much worse than expected. Â How could things have improved so dramatically so quickly when things have otherwise been moving so slowly? Â Answer: They couldn’t.

And lastly, itâ€™s the report itself.Â  The comparison of loans â€śin default,â€ť which they defined as being over 30 days late, with loans â€śin the foreclosure process,â€ť which they do not define, is an attempt to set up a deceptive or fallacious argument.

At the very least itâ€™s an â€śincomplete or inconsistent comparison,â€ť meaning that either not enough information is provided to make a complete comparison, or where different methods of comparison are used in order to create a false impression of the overall comparison. 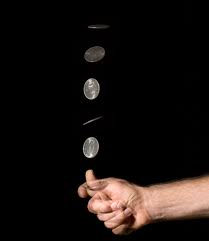 Why should we care about such comparisons by themselves?Â  We shouldn’t.Â  They tell us absolutely nothing. Â It’s like saying, “In recent coin tossing experiments more coins preferred heads over tails.”

RealtyTrac chimed in with other statistics designed to be both encouraging and misleading:

Â 1.Â Â Â Â  â€śForeclosure starts decreased in 41 states and the rate of loans in foreclosures fell in 22 states.â€ť

The first one is total junk, it is meaninglessâ€¦ and confusingâ€¦ in fact, if you study it too long your hair will likely fall out. Foreclosure starts decreasing may just mean that banks decreased the number they started. Â And the same for the loans in foreclosure garbage.

Banks control how many foreclosures start and how many are in foreclosure process, not borrowers.

The last two are more devious.Â  They are woven throughout stories in the media this week in order to make us believe that itâ€™s the courts that are causing the foreclosure crisis to be prolonged.Â  Bad courts.Â  The clear implication being that if the courts werenâ€™t in the way of the banks, weâ€™d all be much better off, much sooner.Â  Abigail Field wrote a fabulous piece HERE.Â  Among many other things in her article, she wrapped up flawlessly:

Those darn courts, wrecking the housing market by slowing foreclosures and costing all of us more money.

Due Process is the Solution, Not the Problem

See where all this is going? Enough messaging like this and some states may change foreclosure laws more to the bankersâ€™ liking. Short of that, people will target the courts as the problem instead of the bankers.

Whenever you read banker talking points embedded in news like this, remember: our Constitution guarantees Due Process for a reason. Due Process is essential to the rule of law and a fundamental check against the abuse of power. Donâ€™t let the bankers sell you or your representatives into taking it away.

Obviously, the banking lobby would like it much more if they didn’t have to deal with things like… well, you know… like laws, for example. Â Courts can be a real nuisance, I completely understand.

Look, if youâ€™re doing just fine and you want to buy a house, go for itâ€¦ I donâ€™t care one way or the other.Â  If youâ€™re planning on living there for a long time and you can afford the payments, what difference does it make if it goes up or down in the next so many years?Â  Itâ€™s a house, not a stock.Â  Buy it to live in it, not as an investment youâ€™ll flip out of in five years.

But, of youâ€™re struggling in this economy, at risk of losing a home, and stories like these make you feel like youâ€™re alone in your financial misery, and that everyone is doing better while youâ€™re notâ€¦ please donâ€™t feel that way because itâ€™s all nothing more than one big pile of steaming freshness.Â  Iâ€™m not seeing anything improve anywhere.Â  In fact, Iâ€™m only seeing things worsen ahead.

So, just ignore it, and it will go away.Â  Itâ€™s like a ghost in your closetâ€¦ go back to sleep and itâ€™ll be gone in the morning.