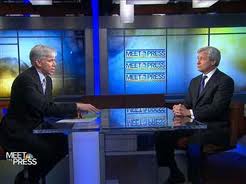 This past week, JPMorgan Chase CEO Jamie Dimon announced that his bank lost $2 billion trading credit default swaps.  It was destined to become a major news story, and sure enough everyone and their cousin wrote about it from every conceivable angle, the consensus being that the loss exemplifies the need for Dodd-Frank, the Volker Rule, and even Glass-Steagall type legislation.

So, no surprise there, right?  I mean, JPMorgan Chase losing $2 billion in a little over a month betting on credit default swaps is pretty much why U.S. taxpayers ended up having to pump trillions into TBTF banks just a few years ago.

Dimon was quoted as having said that just because his bank had been stupid, it didn’t mean that all the other banks would be equally stupid.  But, see… it sort of does, right?  That’s why the sort of risk we’re talking about is termed, “systemic,” right?  That’s why all the Wall Street banks became insolvent at the same time, right?

The simple fact is that if JPMorgan Chase is being an idiot in it’s proprietary trading strategies, history shows us that chances are overwhelmingly that the other bankers are going to be idiots too.  Maybe not on the same day; okay fine.  But, within a matter of weeks or certainly months… for sure.

Oh, I know Wells Fargo will deny having done whatever it is that the other idiots have done, whenever bets go bad, but then we’ll soon find out that they were lying and not only did the same thing, but they did it to an even greater degree than the other morons du jour of the financial aristocracy.

The story of Dimon’s $2 billion loss got so big that Jamie even showed up to issue a mea culpa, Sunday morning on this week’s “Meet the Press.”  Among other things, he said…

“This is a stupid thing that we should never have done, but we’re still going to earn a lot of money this quarter, so it isn’t like the company is jeopardized.  We hurt ourselves and our credibility, yes – and that you’ve got to fully expect and pay the price for that.”

A billion here and a billion there…

The point that JPMorgan Chase is going to “earn” a lot of money this quarter is not only completely irrelevant, but it highlights another part of the problem we’re having with our mega-banks.

For one thing, and I can’t believe I even have to say this, losing $2 billion in a quarter at any corporation is supposed to be a significant problem.  If it’s not, then the corporation is gouging its customers with the expectation that it will need a multi-billion cushion to make up for its tendency to lose billions through stupidity at any given moment.

And for another thing, saying that this time around the stupidity isn’t going to jeopardize JPMorgan Chase’s future solvency, is not the point.

The point is, what will happen when the bank’s stupidity and obvious addiction to gambling does threaten to jeopardize the bank’s solvency.  What happens then?

Does the bank file bankruptcy?  Does the FDIC take it over, fire the executives, clean it up and re-sell it to the private sector?  Or, does it just mean that the U.S. taxpayer is forced to bail out the bank once again because it’s deemed too big to fail?  Because as long as it’s the latter… that’s the point.

Dimon also commented on the things he said a few weeks ago during a conference call, when he referred to the danger of what ultimately happened as being “a tempest in a teapot,” which is an idiom that refers to a small thing that’s been blown out of proportion.  On “Meet the Press,” Dimon said…

“So first of all, I was dead wrong when I said that.  I obviously didn’t know because I never would have said that. And one of the reasons we came public was because we wanted to say, ‘You know what, we told you something that was completely wrong a mere four weeks ago.'”

Yes, and that’s also the point, is it not?  Like all human beings, even the CEO of JPMorgan Chase can simply be wrong.  And the American taxpayer doesn’t want to be on the hook for however many billions wrong he or she is from time to time because what happened here that cost the bank $2 billion didn’t have anything to do with commercial banking.  So, there’s no reason in the world for us to be involved.

If we weren’t involved… if we could be sure that we weren’t going to be on the hook for the bank’s insolvency, then we wouldn’t care about any of this.  JPMorgan Chase could place multi-billion bets on which side of a room a fly will land on for all we would care.  We’d gladly sit on the sidelines and cheer as the bank gambled hundreds of billions on the derivatives of derivatives of derivatives.  We’d even go pay-per-view, like the ultimate poker challenge.

We like gamblers and big bets… we’re just too wimpy to be involved in making them ourselves.  Besides, we never seem to get to participate in the upside of these things, only the downside.

Lastly, Dimon said something during his interview that really got my goat.  Basically, he said that he’s sick of Americans being resentful of “success,” that “attacks on successful people,” were somehow harming our economic recovery.  And I have to say something about that because it’s just out of control ridiculous.

Americans are absolutely NOT resentful of success, in fact, we adore success… worship it, even.  In fact, success is like… our favorite thing in the whole world.  We’re success junkies.

In truth, we don’t resent failure either.  What we do resent is failure that comes as a result of irresponsible gambling in entirely unregulated environments and for which we have no choice but to pick up the tab.  That, we most definitely resent, at the very least.  We actually hate that with the white-hot intensity of a thousand suns.

We also resent that JPMorgan Chase was bailed out by taxpayers in 2008 and 2009, and continues to be allowed to profit based on a slew of special loan programs and accounting accommodations, while simultaneously foreclosing at will on homeowners who are only in their current situation because of Wall Street’s unregulated gambling addiction, appalling lack of judgment, and non-existent risk management systems.

(According to Reuters, he did quite a bit better than that in 2010, cashing in options and grants awarded during previous years for a grand total of $42 million that year.  And that same year his compensation also included $421458 in “moving expenses,” which would make total sense had he relocated from Chicago to the Uhuru Peak of Mount Kilimanjaro maybe.) 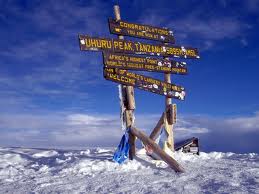 And all of that is to say nothing about the $35.8 million he received in 2008, the year he piloted his ship directly into the rocks and sunk it, were it not for the largesse of the U.S. taxpayer.  That was certainly a “successful year,” right Mr. Dimon?

You see, it’s not because we resent success that we give Jamie Dimon such a hard time, it’s because these days, we have a hard time viewing Dimon as “a success.”

Now, maybe if he would disclose his bank’s credit default swap counterparty positions, and off-balance sheet transactions, and conformed to GAAP accounting principals for valuing assets and recognizing losses… maybe then…

Or, maybe if his bank modified mortgages that were NPV positive even if it required a principal forbearance or, God forbid, a reduction, because keeping people in homes under these circumstances is simply the right thing to do.  Or, maybe if he just supported some sort of reasonable plan to handle things better than they’ve been handled to-date for America’s homeowners…

I’m sure then, we’d see Jamie Dimon as a major success, and wouldn’t care so much how much money he made…