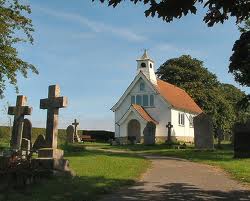 According real estate information company CoStar Group, as of March of this year, 270 churches have been sold after defaulting on their loans. In 2011 alone, banks sold off 138 churches, and that compared with just 24 such sales in 2008, and only a handful in the prior decade.

So, when did our nation’s churches become so incredibly irresponsible?

According to Reuters, analysts are now saying that this surge in church foreclosures represents “a new wave of distressed property seizures,” and that “many banks are no longer willing to grant struggling religious organizations forbearance.”

Well, thank God for that, right? (Pun intended.)  Praise the Lord, and please pass the foreclosures, right?  We need to get through the foreclosures… clear the market… let it hit bottom… isn’t that what Mitt Romney, Rick Santelli, House Republicans, quite a few Democrats too… and a slew of supposed economists have all been saying?

And for the Rick Santelli fans, please let Rick know that the reason that many of these churches are going into foreclosure is that they took out loans to remodel or refurbish, and since we know all too well that Rick’s Tea Partiers don’t want to pay for anyone’s kitchen remodel, I’m sure they’ll be in favor of throwing these churches out into the street as quickly as possible, right?

Are you listening Rick Santelli?

We can’t do anything about these irresponsible churches being lost to foreclosure because to help them in any way would clearly involve far too much “moral hazard,” isn’t that right?

Apparently, the church foreclosures are occurring regardless of denomination all across the country, although California, Georgia, Florida and Michigan are the hardest hit states.  Reuters’ story also pointed out that, as one might expect, small and mid-size churches are falling into foreclosure more than the larger ones.  And presumably the larger ones are also the richer ones.

Interestingly, that’s also true when looking at residential foreclosures.  I’m pretty sure that studies show that richer people get foreclosed on less frequently than poorer ones.

I know what we need… a new program from the Obama administration.  We can call it:

Scott Rolfs, who is the managing director of Religious and Education Finance at investment bank Ziegler, told Reuters that, “… banks have not wanted to look like they are being heavy handed with the churches.”

Unless we’re talking about a bank (or American Express Travel Related Services of course), in which case they’re too big to fail and we should do whatever is necessary to bail them out, irresponsible is irresponsible, isn’t that right?

According to Reuters: “The factors leading to the boom in church foreclosures will sound familiar to many private homeowners evicted from their properties in recent years.”

Well, it seems that following the financial crash of 2008, quite a few churchgoers lost their jobs and next thing you know, “donations plunged.”  And wouldn’t you know it, “at the same time, so did the value of the church building,” Reuters reported.

So, let’s just see here… financial crash… check.  Lost jobs… check.  Less money to spend… check.  Appraised value of property plunges… and check.  Yep, I’d have to say that Reuters was right.  Those things do sound at least somewhat familiar to homeowners who were evicted in recent years.  And probably to other homeowners as well.

Scott says that in past years banks would simply refinance their balloon payment loans when they came due, but recently, come to find out… banks are “increasingly reluctant to do that.”

“A lot of these loans were given when the properties were evaluated at a certain level in 2005 or 2006.  Banks have had to reappraise the value of these properties, whether it’s a church or a commercial office building.  Values have gone down, so the loans cannot continue in the same form.”

Hmmm… correct me if I’m wrong here, Scotty my boy, but that sounds suspiciously similar to a concept with which homeowners have become increasingly familiar of late.  It sounds like what you’re trying to say is that the churches can’t refinance because they’re “underwater,” meaning that they owe more than their properties are worth, isn’t that about right?

And not only that, but it also sounds like your saying that the churches took out loans that had enormous balloon payments due in five years.  Didn’t these churches know what they were signing, Scotty?  That sounds pretty darn irresponsible to me.  Reckless gamblers, I’d have to say.

You know what else it sounds like, Scott?  Predatory lending.  I wonder what would be happening to these churches if they had been offered low interest 30-year fixed rate loans.  Do you ever wonder that same thing, Scott?

Well, I’ll answer that question for you, Scott: It sounds to me like they wouldn’t be in foreclosure today, Mr. Scott Rolfs at investment bank Zeigler.  What would be your best guess?

Also, if banks were so concerned about churches being foreclosed on, why would they offer them loans with five-year balloon payments in the first place?  What would be wrong with a 30-year fixed on a church, for heaven’s sake.  (LOL… sorry.)

(By the way, in case you weren’t aware… five-year balloon loans are what fueled the foreclosure crisis that began in 1926, that along with the stock market crash of 1929, led to the Great Depression of the 1930s.  So, you’d think that bankers would already know how well they work as far as keeping a lid on foreclosures, right?  Or do we have some sort of educational deficiency or learning disability in play here?)

If banks cared about churches, they wouldn’t be putting them into loans that have enormous balloon payments due in five years, right?  That’s not the kind of loan you’d put your mother into… is it, banker-people?  Oh… or maybe it is.  Okay, point taken… bad example.

Well, regardless… it’s not the kind of loan that I’d put my mother into, let’s just say that.

Flat Rock Church in Lithonia, Georgia, was founded back in 1860.

The loan came due in May of 2010, but wouldn’t you know it, Flat Rock Church didn’t have $850,000 laying around, and Sun Trust Bank wouldn’t refinance the loan because the church was now underwater.

Pastor Binita Miles said: “The bank has refused to negotiate and to this day I just don’t know why.”

The spokesliar for Sun Trust Bank was quoted as saying:

“We view foreclosure as an action of last resort. We have been working for several years to address the issue with the client in hopes of avoiding foreclosure.”

Is that right, Sun Trust Bank?  You guys have been “working for several years to address this issue in the hopes of avoiding foreclosure?”

Several years?  And you still couldn’t do it?

My Lord… to think of all that working and hoping going on for several years… and then after all that to just fail completely?  Wow… what a disappointment that must have been. You guys at Sun Trust must have been crushed.  How do you even go on after something like that?

Now, I don’t know who to feel worse for… the church folk, or the bankers at Sun Trust Bank?

Leading up to SunTrust Banks‘ (STI) announcement of its first quarter earnings on Monday, April 23, 2012, analysts have become more bullish as expectations have improved over the past month from 29 cents per share to the current projection of earnings of 32 cents per share.

The current estimate reflects a 45.5% increase from a year ago, when the company reported earnings of 22 cents per share.  For the year, revenue is projected to roll in at $8.57 billion.

Yeah, that did it for me… I feel worse for Pastor Binita Miles and the church folk that since 1860 have worshipped at Flat Rock Church in Lithonia, Georgia.

Even if they are an irresponsible bunch.

As far as I’m concerned, the Sun Trust bankers can go… forgive me Pastor… straight to hell.