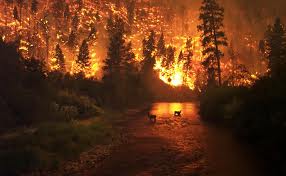 Just as has become prevalent in other states, the headlines describing the situation related to future foreclosures in Utah are deceptiveâ€¦ or perhaps misleading is a better word.

On April 12, 2012, Bloomberg/Businessweek ran the headline, â€śUtah March foreclosures down 31 percent from 2011,â€ť leading one to believe that the crisis is soon to be behind the citizens of that state.Â  And like all â€śgood news,â€ť it spread.

Based on the same date as the Bloomberg story, â€śForeclosure rates drop in Utahâ€™s large metros,â€ť was the headline used by the Deseret News on April 25, 2012.Â  And KSL.com, the online version of KSL-TV, found a way to make the story even more positive by using a three-month comparison, under the April 12th headline, â€śUtah foreclosure rate fall nearly 50 percent.â€ť

I certainly understand the desire for good news on this topic.Â  After all, itâ€™s going on six years since the tsunami of foreclosures began to flood this country with repossessed homes, so at this point itâ€™s understandable that weâ€™d be ready to grasp at any positive port in the continuing storm.Â Â  And itâ€™s not that I take pleasure being a porcupine in Utahâ€™s balloon factory.Â  In fact, it is much more my nature to be branded an eternal optimist than anything else.

Optimism, however, is when someone looks at the facts of a situation and expects the best outcome possible.Â  Itâ€™s not optimism to believe something thatâ€™s impossible will happenâ€¦ thatâ€™s called â€śfantasy.â€ťÂ  And, while I also understand that hope springs eternal, false hope only springs disappointment.

In 2011, mortgage servicers slowed the pace of foreclosures by not proceeding with foreclosures for a variety of reasons, none of which relate to homeownersâ€™ ability to make their mortgage payments.Â  InÂ  some cases, servicers foreclosed less as a result of the â€śrobo-signingâ€ť or document fraud scandal that started making headlines during the fall of 2010.

Confident that a settlement would ultimately be reached between the five largest servicers and the attorneys generalÂ  from the fifty states who began investigating servicer practices as a result of document fraud coming to light, and knowing that such a settlement would include amnesty from prosecution for such acts by the states, they simply held off foreclosing until they could do so without the risk of a being sued by a given state.

In several states, recently passed legislation also caused servicers to put foreclosures on hold as they regrouped in order to comply with the new laws, and in some other states, foreclosures were delayed awaiting decisions by state courts.Â  But, the point is, once these barriers were lifted, and the national mortgage settlement was finalized, foreclosures started rising all over the country almost immediately.

The result of the 2011 slowdown in foreclosures is making for some very deceptive headline comparisons, even while all credible forecasts are calling for record numbers of foreclosures across the board both this year and next.

A 74 percent â€śjumpâ€ť in foreclosures in a single month of this year would seem to me to be a much more important piece of news than any year over year comparison, although I would readily agree that it doesnâ€™t lend itself to feelings of optimism and therefore would likely garner less readership than the happy headline comparing this year with last.

And, has something that has increased by 74 percent in a single month merely â€śjumped?â€ťÂ  Because I would suggest that it â€śsoared,â€ť or even â€śrocketed.â€ťÂ  I think when describing increases in excess of 20-30 percent, using â€śjumpedâ€ť falls into the category of dramatic understatement.

I asked an editor at a major monthly business magazine why they seemed to run this sort of headline as opposed toâ€¦ well, conveying the real truth of the matter to their readers, and his response was frankly unforgettable.Â  He saidâ€¦

â€śWell, we just had an editorial meeting on this topic and I think the consensus was that people donâ€™t buy depressing magazines.â€ť

Well, fair enough, I replied, thinking to myselfâ€¦ I guess the magazine would better be thought of as some sort of business comic book for grown-ups going forward. 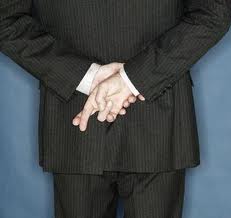 Like I said, I donâ€™t like being the bearer of bad news all the time, but in case you havenâ€™t noticed, weâ€™ve been told that prosperity is imminent at least annually ever since the flood of foreclosures began almost six years ago, and all its done is prevent us from putting more pressure on our respective state legislatures to do more to mitigate the damage the crisis is causing.

So, Iâ€™m sorry if I spoiled your dayâ€¦ but until we come to accept that there will be no economic recovery until we do more to prevent foreclosures, weâ€™re doomed to continue our race to the bottom.

Foreclosures can only breed foreclosures, I donâ€™t care which state your in, and they donâ€™t just magically stop all by themselves one day.Â  Or maybe the better way to describe that thought is metaphorically.Â Â  So, try this on for size:

Just like a forest fire thatâ€™s been allowed to burn out of control, it wonâ€™t stop until it runs out of forest.