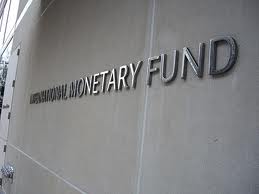 The International Monetary Fund (“IMF”), in its latest World Economic Outlook, stated quite clearly that mortgage write-downs, among other forms of debt forgiveness, can deliver significant economic benefits by substantially mitigating the negative impact of deleveraging on a nation’s economic activity.

The report points out that our recession is being driven by households forced to reduce their debt leading to reduced consumer spending, which in turn drives us deeper into recession.

Daniel Leigh, the report’s author, made the concept simple for anyone, except perhaps Ed DeMarco of the FHFA, to understand…

“Because debt is acting as a brake on economic growth, it is important to unstick the brake.”

I love this guy… he’s like the Forrest Gump of the economics set.  Now get this…

“The IMF has studied the response of a number of countries to situations where large parts of the population are burdened with high mortgage debt in a recession, and finds that such programs can help prevent self-reinforcing cycles of falling house prices and lower aggregate demand.”

That sounds suspiciously familiar… which country would fall into that category?  Oh yeah… ours.  The report’s conclusions go on to give me goose bumps…

“Such policies are particularly relevant for economies with limited scope for expansionary macroeconomic policies and in which the financial sector has already received government support.”

The report focused in on the household debt reduction program implemented in the U.S. during the 1930’s… and in Iceland in our current crisis, which it said can…

The report also contrasted those successes with examples of failures to effectively deal with the fallout of an economic crisis… “such as the current response to the crisis in the U.S.”

Oh, dear Lord people… what do we need a ton of bricks to fall on our heads?  Because if we keep doing what we’ve been doing to-date, that’s at least metaphorically exactly what is going to happen.

The report also said that programs must be designed with incentives for BOTH banks and borrowers to participate, “notably by offering a viable alternative to default and foreclosure.”

The IMF also pointed out that…

“The friction caused by such redistribution may be one reason why such policies have rarely been used in the past, except when the magnitude of the problem was substantial and the ensuing social and political pressures considerable.”

I’m starting to feel a little nauseous over here… is any of this ringing any bells for anyone?  Who is it that keeps talking about the need for…considerable social and political pressures?  Me, right?

The report also cited a study which found that, “political systems tend to become more polarized in the wake of financial crises,” and as a result led to problems generating collective actions… like DOERS, comes to mind.  Specifically, the report said that, “distressed mortgage borrowers may be less politically organized than banks – and this can hamper efforts to implement household debt restructuring.”

I think I’m going to need to lie down soon… but first I think I’ll go out to my driveway and slam my hand in my car door… in an effort to make the pain go away. 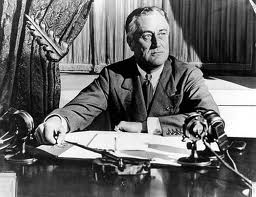 Join me in the Way Back Machine…

It’s the U.S. during The Great Depression of the 1930’s and FDR has just introduced the Home Owners Loan Corporation or HOLC.

HOLC will be using government bonds that offer federal guarantees on principal and interest to buy up distressed mortgages from banks.  The purchases will represent 8.4 percent of our country’s GDP in 1933.

HOLC will then be restructuring these mortgages to make them more affordable to homeowners.  The result will be that 80 percent of these restructured loans, roughly 800,000, will be protected from foreclosure.

Primarily, HOLC will extend the term of the mortgages, in some cases doubling the term, and converting the loans from variable to fixed rate loans, but HOLC also wrote off principal in many instances so that no loans exceeded 80 percent of the current appraised value.

Over the next twenty years or so these mortgages will be sold and the government will even make a profit by the time the program ends in 1951.

Referring to the HOLC program, the IMF’s report said…

“A key feature of the HOLC was the effective transfer of funds to credit constrained households with distressed balance sheets and a high marginal propensity to consume, which mitigated the negative effects on aggregate demand, which was caused by the recession and need for household deleveraging.”

In other words, it worked.  Well, I’ll be Bernanke’s Uncle.  Isn’t Ben supposed to be an expert on The Great Depression?  I could have sworn…

Apparently, this year Iceland has been forgiving mortgage debt for its citizens in an effort to stimulate economic growth and guess what?

It’s working there too! 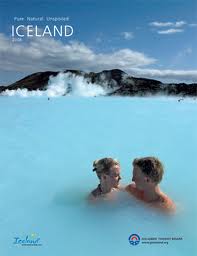 The Icelandic government and the reconstructed Icelandic banks worked together to develop, “a template to be used in case by case restructuring discussions between borrowers and lenders.”

“The templates facilitated substantial debt write-downs designed to align secured debt with the supporting collateral,” or in other words, reduce the loan in line with the current value of the home, and make sure that the terms are such that the homeowner has the ability to repay the loan.

Brilliant!  What are they putting in their Cheerios over there?  We need some, whatever it is.

“The IMF found that such case by case negotiations safeguard property rights and reduced moral hazard.”

No kidding.  Do tell.

Then only problem was that the process was time consuming because as of January of this year, only 35 percent of the restructuring applications were processed.  Here in the U.S. we’ve been knocking our politically divided heads against the wall for four years now, and we’re nowhere close to having processed 35 percent of anything.

But, Iceland is obviously a country with advanced critical thinking skills, likely the result of not having CNBC or Fox News channels, so it has introduced a debt forgiveness plan which writes down seriously underwater mortgages to 110 percent of the current value of the given property.

Iceland’s officials did say that before debt write-downs really took off, it took the announcement of “… a comprehensive framework and clear expiration date for relief measure.”

See, that leaves the U.S. out, right there.  Name one thing we’ve done since 2006 that you’d describe as being either comprehensive or clear?  Go ahead… I’m waiting.  Okay, I’ll make it even easier… what have we done that’s been somewhat comprehensive and reasonably clear?

Right… that’s what I thought you’d say.  The only way we’ll be able to make this Iceland strategy work over here is if we can succeed by developing something that’s “narrow and muddy.”  Comprehensive and clear seem entirely out of reach for us.

“As of January 2012, 15 to 20 percent of all Icelandic mortgages have been or are in the process of being written down.”

Of course, as an intuitive economist once said, and I’m paraphrasing here…

“If you want to create the much-admired Danish model, you’re going to need some Danes.”

Iceland’s mortgage write-down program happened as a result of thousands of its citizens taking to the streets demanding that something be done about the debts the people had incurred buying homes during the bubble at what turned out to be wildly inflated prices.  At one point, they surrounded the country’s parliament building and started throwing rocks.

(And people laughed at me last year when I suggested that we form a group called, “People in Favor of Hitting Politicians with Sticks,” or PIFOHPWS… for short.)

Of course, in our country, there’s no way that would ever happen because we’re all way too ashamed to be seen on CNN in what would be called, “The March of the Deadbeats.”  Which is why I suggested the DOERS idea… stay home, send emails and other clever things through the mail.  Occupy without leaving your house, if you will.

Even though, you would think that by now more people would be figuring out that if home values fall by 60 percent or more… and unemployment soars past the 20 percent mark… there are going to be an awful lot of people that may look, “irresponsible,” but are purely innocent victims of a global credit crisis.

Are you listening, Rick Santelli, you odious, insufferable, unenlightened and ill-bred jackass?  I doubt it.  I think it’s abundantly clear that you haven’t been able to listen to anything but the droning that goes on incessantly between your pinned back ears. 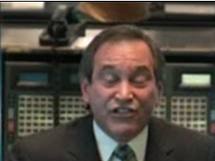 So, how come the whole debt forgiveness thing is working so well over in Iceland, but if the issue even comes up for discussion over here, we can’t stop a parade of badly behaved adult children from whining about how they’re paying their mortgage payments and therefore would rather see the country mired in a 40-year economic funk than lift a finger that could potentially benefit someone who took out a second to remodel a bathroom?

Who are these people, and more to the point, who are their parents?  Because when the revolution comes, I’m taking them out first.  Our new society simply cannot be allowed to start with their sort of genetic defect.  Or, like the man said… you can’t fix stupid or petty.

Brendan Keenan, writing in the Independent.ie, had the following to say on the topic of the Iceland debt forgiveness strategy…

“It will probably be necessary in the end to do something of the kind in this country, but any government trying should tread very, very warily. We may not be Greeks, but nor are we Icelanders.”

That’s true… but what are we in the eyes of the rest of the world these days?

A spoiled, drunk 15 year-old waving a gun in their face?