Finally, there are places online where homeowners, lawyers and other advocates can go to lodge complaints about a mortgage servicer‚Äôs handling of mortgage modifications, et al. ¬ÝAnd all I can say is, it’s about time.

A story by Ben Hallman in the Huffington Post, quoted Joseph Smith, the ex-banking commissioner charged with enforcing the national mortgage settlement‚Ä¶

‚ÄúThis allows me, as monitor, to hear complaints and learn more about advocates‚Äô impressions of how the settlement is working,” he said. “Although I‚Äôll extensively review reports and monitoring from the banks and my own team of auditors, it is still critical for me to receive information from the heart of each community this settlement serves.‚Äù

Now, it‚Äôs probably at least somewhat important to remember that Smith has no power to investigate individual complaints or help individual homeowners in any way. Here’s what it says on the complaint form in bold…

“Please note that the Monitor cannot intervene with the servicer on behalf of your individual client.”

Of course, I‚Äôd also guess that he doesn‚Äôt have the manpower to read the hundreds of thousands of complaints the sites would no doubt receive if homeowners and their lawyers were actually to hear about the website. ¬Ý(I’m also betting that there’s not much of an advertising budget with which they’ll be getting the word out across the nation.)

But, so what? ¬ÝThere may be another way to view these new online complaint sites.

Sure, there won‚Äôt be any action taken based on the complaints filed online, and nothing will likely change as a result.¬Ý And I realize that if a homeowner is being dual-tracked, can‚Äôt get a response from a mortgage servicer for months, or is losing a home to a wrongful foreclosure, these sites may only represent websites effectively dedicated to ignoring complaints online.

But, wait… there may be more. ¬ÝHere’s what it says on the new sites…

“The Monitor and the Office of Mortgage Settlement Oversight can assist you by providing information about the organization in your state that is appropriate for you depending on your situation. By filling out the simple form below, you will open a webpage that has state-specific contact information of various organizations that may be able to help you. The Monitor will use this information to better understand how the servicers are treating their customers and detect any patterns in violation of the agreement.”

So, I really do hope that everyone takes advantage of the new websites should they have problems with their servicers related to the National Mortgage Settlement. ¬ÝHere’s what Mr. Smith says about the two new sites…

‚ÄúLawyers, caseworkers and other consumer advocates are the eyes and ears on the ground who will know first, and know intimately, what kind of difference these payments, adjustments and programs are making,” Smith said. “That‚Äôs why we‚Äôve created this dedicated tool -‚Äì to see what they‚Äôre seeing.”

Look, people… the man used to be the banking commissioner in North Carolina, but now Mr. Smith has gone to Washington and he says he needs us to be his “eyes and ears on the ground,” as far as the AG settlement’s effectiveness goes. ¬ÝSo, let’s not let him down, okay? 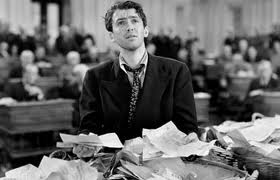 Besides, if you consider the math, the whole thing becomes that much more fun…

Assuming one person can read a complaint in 10 minutes, and they were to read them 6 hours each day, working the standard 2080 hours a year, it would take 1.3 years to read 100,000 complaints.

So, look… do you want to help create jobs in this country or what? ¬ÝOh, and don’t forget to attach a large file to your complaint, I’m sure the servers are quite robust, and someone may want to read the details. ¬ÝLike they said back in the 60s… can you dig what I’m saying here?

So, for HOMEOWNERS who want to file a complaint having to do with the National Mortgage Settlement, click here: WHERE CAN I FIND HELP?

Here’s a list of topics under which your complaint may fall, as listed on the new sites…

Customer Service: Poor customer service, including no single point of contact or no customer portal.

Bankruptcy: Improper failure to provide relief to homeowners in bankruptcy.

Tenant Rights: Violation of the rights of tenants in foreclosed properties.

The Huffington Post story also pointed out that the federal government has also made available two other avenues where borrowers can appeal for direct assistance.

One is the Consumer Financial Protection Bureau (‚ÄúCFPB‚Äù), which you can access here: File a Mortgage Complaint.¬Ý According to the Huffington Post, the CFPB,

‚Äú‚Ä¶ promises to forward a grievance to the financial institution, assign it a tracking number and keep borrowers updated on the status.‚Äù

So, that‚Äôs very exciting, I would think.¬Ý I mean, if nothing else it sounds like you‚Äôll have your very own individual tracking number, so that‚Äôs something right there.¬Ý I wonder how effective it will be when trying to persuade a judge not to have you evicted? 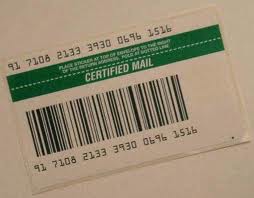 And for homeowners who were in foreclosure during 2009 and 2010, don‚Äôt forget about the OCC‚Äôs infamously dishonest and entirely corrupt, Independent Foreclosure Review, which you can access here: Submit a Request for Review.¬Ý I visited the site to check out what would be involved and the best part was that right in the middle of the page there‚Äôs a warning for homeowners that reads:

‚ÄúWatch out for scams ‚Äì There is only one Independent Foreclosure Review.‚Äù

So, for parents reading this who have been looking for a really good example with which you could teach your children the meaning of the word ‚ÄúIRONY,‚Äù I‚Äôd have to say that your search has ended.¬Ý

The deadline to submit your complaint is July 31st, so if you‚Äôre planning to be condescendingly placated by the equivocation of your claims, you don‚Äôt want to put it off.¬Ý Fewer than three percent of eligible homeowners have submitted their cases for review, so the Obama Administration is no doubt planning to announce that 97 percent of those foreclosed on during those two years were okay with it.¬Ý I think that‚Äôs really taking one for the team, and I, for one, salute you.

And although it would seem that no flaws have been uncovered as yet, that‚Äôs no reason not to participate in the process.¬Ý I mean, look‚Ä¶ someone has to win something, right?¬Ý Like the lottery.¬Ý Or, maybe not in this case… I really don’t know.

‚ÄúThe Independent Foreclosure Review will determine whether individual borrowers suffered financial injury and should receive compensation or other remedy because of errors or other problems during their home foreclosure process.‚Äù

The OCC’s site also STRONGLY¬ÝWARNS¬ÝHOMEOWNERS¬Ýwho want to file their case for independent review¬ÝNOT TO PAY A LAWYER¬Ýto help them do it under any circumstances.

Good heavens no… who would ever think of doing such a thing? ¬ÝI mean, give us some credit, would you?

I think everybody knows by now that when it comes to authoring a document that alleges the suffering of financial injury for which damages or other remedy may be assessed in conjunction with errors committed by a party purporting to be the holder in due course or to have been assigned the rights of a beneficiary to a deed of trust, and or the substitute trustee who is seeking to enforce said rights as part of a foreclosure or unlawful detainer action… the last thing you’d ever want to do is hire a lawyer.

After all, we handled getting our mortgages all by ourselves, initialing and signing all those contractual pages containing 3 point type about how our snapping turtle, spring loaded mortgage might result in payments that exceed our monthly income by three-fold at a time when the credit markets would require a 780 FICO and 30 percent equity to refinance.

And if we can competently handle that sort of complicated transaction, surely we all know not to pay a lawyer a nickel for something as simple as filing a complaint with the Office of the Comptroller of the Currency.

Look, even if the OCC finds nothing was wrong with the foreclosures in 2009 or 2010, I think we‚Äôll all be able to join in a giant collective sigh of relief.¬Ý At least we‚Äôll know that no one ‚Äúsuffered financial injury‚Äù because of errors in the foreclosure process during those two years, and we can finally move from insult to injury as we close the chapter on the unnecessary destruction of some two million family‚Äôs lives.

It reminds me of the stress tests they use with the banks‚Ä¶ you know, the ones where every bank always passes. ¬ÝLike something from a Monty Python skit. ¬ÝAren‚Äôt those the best?

Move along people, there‚Äôs nothing to see here.