Home  »  A Letter to Brian Stevens at TBWS: We Need More Houses?

A Letter to Brian Stevens at TBWS: We Need More Houses?

BRIAN!¬†¬†Dude‚Ä¶ My good friend‚Ä¶ Mi amigo de la Hipoteca clase‚Ä¶ My favorite lender defender from whom laughs do engender‚Ä¶ please don’t take me an offender‚Ä¶ but as the message’s sender‚Ä¶ a response to you I’ll tender‚Ä¶ and my views I’ll therefore render‚Ä¶

Okay, I give in‚Ä¶ that TBWS Daily¬†was hysterical. ¬†I mean, people say I’m funny, but I can’t hold a candle.

Just to make sure I understand what you said there‚Ä¶ the problem is that there aren’t enough homes for people to buy? ¬†We’re having a shortage of houses for sale, are we? ¬†Wow‚Ä¶ you know, I was sleeping and woke up to today’s video and for a minute there, I thought I must have dozed off for a decade or more.

Get more houses on the market? ¬†Seriously? ¬†More houses is what we need? ¬†Am I on Candid Camera, or is there a rabbit hole around here somewhere that I can’t see?

So, I guess what you’re telling me is that at this point, the banks are actually hoarding them‚Ä¶ holding them back for their own heads? ¬†Foreclosing on more and more of them every day because they have a plan to corner the deteriorating home market? ¬†Or are they just trying to pay us back for bailing them out by offering to pay most of the property taxes in this country going forward? ¬†Or, maybe they just have a handyman fetish, so the more vacant homes the better? ¬†Nothing turns them on like monitoring property preservation companies?

Why would they be hoarding empty houses? ¬†Correct me if I’m wrong, but I was always under the impression that empty homes COST money as a result of their tendency to‚Ä¶ what do they call it? ¬†Oh yeah‚Ä¶ decompose. 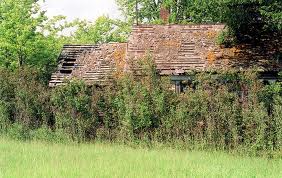 Aren’t banks the ones that are always trying to MAKE money? ¬†Or have that backwards and banks are the ones that want to have the highest¬†possible¬†costs? ¬†I can never keep that one straight‚Ä¶ like eating eggs for breakfast‚Ä¶ are they good for me or bad for me? ¬†I can never remember‚Ä¶ so I eat granola.

Why do you suppose it might be that banks aren’t putting more homes on the market‚Ä¶ or in the parlance of the economist‚Ä¶ why are they limiting supply‚Ä¶ making sure that it remains lower than demand? 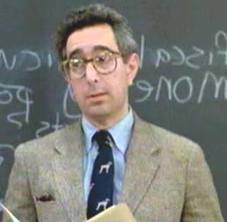 Well, it can’t be because they don’t like money, right? ¬†Right. ¬†Okay, good. ¬†I was pretty sure we’d have no argument there.

Could it be that they’re just so busy foreclosing and proprietarily trading credit derivatives for fun and losses, that they just haven’t realized that there are throngs of Californians and Arizonans clamoring to buy the homes they’re holding onto? ¬†Again, I’d have to guess that‚Ä¶ no, that can’t be it either.

Okay, let’s try this‚Ä¶ What happens when the demand for a good exceeds its supply? ¬†Oh, now lets not always see the same hands‚Ä¶

Brian? ¬†Is that you I see in the back of the room doodling? ¬†What’s that a picture of? ¬†That’s you sitting at a table refinancing a four-plex for a dentist? ¬†Yes, that’s very nice, but we’re trying to hold a class here, so if you wouldn’t mind‚Ä¶

So, what happens when the demand for a good exceeds its supply?¬†Right, Brian! ¬†Prices go up‚Ä¶ or actually, in this particular case, they don’t go down as quickly.

And just what do you suppose would happen if the banks decided to make a bunch of homes available for sale, as you suggested is the thing to do in today’s TBWS Daily? ¬†Do you think prices would tend to go up or down? ¬†I’ll give you a hint‚Ä¶ the answer is the opposite of “up.”

And, if home prices were to go down even faster than they are as a result of all of the other factors that haven’t changed a lick, except to worsen‚Ä¶ you know‚Ä¶ like, unemployment, long-term unemployment, foreclosures, average incomes‚Ä¶ GDP‚Ä¶ the state’s $16 billion budget deficit that’s about to constrict the state’s economy even further as we cut services and raise taxes on the wealthy‚Ä¶ those kind of things?

Well, if home prices fell further and faster I’d have to venture a guess that more people would find themselves underwater and/or further underwater‚Ä¶ and that would mean what do you suppose? ¬†If you guessed further reductions in consumer spending, higher unemployment and more foreclosures‚Ä¶ well, you’d be right once again!

And then what about all the people who, having been duped into believing that housing had bottomed, bought homes recently? ¬†Would they be gaining equity or losing it? ¬†Losing it, right! ¬†And assuming an FHA/new-sub-prime loan was involved many would be underwater by Christmas‚Ä¶ and you know what that would mean, right?

Even more foreclosures! ¬†Maybe that’s why FHA is reporting almost 20 percent defaults on loans made SINCE 2009. ¬†It’s kind of funny if you think about it‚Ä¶ we’re actually creating foreclosures over at FHA even faster than we can foreclose down the street at Fannie and Freddie. ¬†It’s very¬†“Dr. Strangelove – Or, how I learned to stop worrying and love the bomb,”¬†don’t you think? 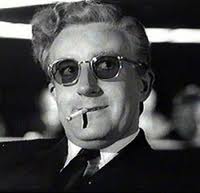 And I did hear you say that the shortage was “at the low end of the market,” right? ¬†I’m sure that’s correct, because that’s the end of the market that’s not only less expensive, but also less experienced. ¬†Those are the folks easiest to convince to buy a home because it’s never going to be this cheap or the rates this low again‚Ä¶ so, better hurry and get your offer in today‚Ä¶ isn’t that about right, Brian?

Of course, I wouldn’t want to leave out¬†my favorite flavor of scumbag,¬†the vulture investors who envision this as a once in a lifetime opportunity to become full fledged slum lords, gouging the unfortunate and credit impaired with top tier rents for at least a decade while they put the absolute minimums into maintenance and scheme to hold onto security deposits in all cases.

No, I wouldn’t want to forget them.

See, it’s not that there aren’t enough homes on the market really, right Brian? ¬†It’s that there aren’t enough homes that can be purchased below market value that’s the problem. ¬†Realtors don’t really want more inventory‚Ä¶ they want more inventory that can be purchased at distressed prices. ¬†I’ll be happy to put my home on the market tomorrow, just not at a price at which it would sell any time soon.

Don’t get me wrong‚Ä¶ I do understand that the banks dumping homes on the market at distressed prices would make summer fun for Realtors and mortgage brokers‚Ä¶ and Lord knows¬†I do like seeing you guys having a good time‚Ä¶ after all, you’re always a fun lot to have at a party.

But, since the banks doing what you suggest under today’s circumstances would only push us further into a recession, with housing prices falling even faster than they will otherwise, thus creating even more foreclosures‚Ä¶ thus further destroying the housing and credit markets once the fun ends‚Ä¶ well, I’d like to humbly suggest that IT’S A TERRIBLE IDEA. 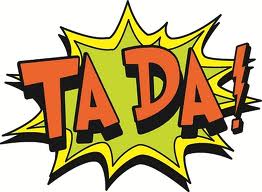 So, if you put it all together‚Ä¶ the worsening employment and overall economic conditions (except in the media where it’s an election year), combined with the tightening of the already tight credit markets‚Ä¶ and with the unabated flood of foreclosures on the horizon (forecasted to exceed the number of homes lost to-date, by the way)‚Ä¶ and the permanently broken private securitization market‚Ä¶ CA’s $16 billion and growing state budget deficit‚Ä¶ and the need for Washington D.C. to reduce spending going forward‚Ä¶

… to say nothing of the EU’s high wire act, sans net, that’s destined to see one or two countries fall to their deaths sooner than we think, thus causing us to nationalize or bailout several or more of our TBTF banks once again‚Ä¶ and then factor in the possibility of Mitt Romney and the GOP actually winning in November‚Ä¶ OMG, OMG, OMG‚Ä¶ consider all that‚Ä¶

Just like it’s¬†NOT¬†the answer to…¬†“put more homes on the market.”

P.S. If I’m in town, I think I’m going to come to Anaheim to see you guys‚Ä¶ I figure you’re just dying to buy me a beer. ¬†And tell Frank to be careful on that bike.