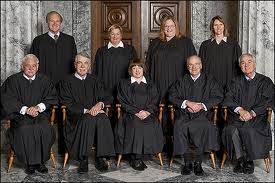 ‚ÄúMay a party be a lawful ‚Äòbeneficiary‚Äô under Washington‚Äôs Deed of Trust Act if it never held the promissory note secured by the Deed of Trust?‚Äù

Go back in time fewer than five years and you‚Äôd be hard pressed to find anyone who had ever heard of Mortgage Electronic Registration Systems, but today the acronym ‚ÄúMERS,‚Äù is a household dirty word in American homes from coast-to-coast.

Although the mortgage banking industry would say that they created Mortgage Electronic Registration Systems for the benefit of mankind, there‚Äôs no question that its creation also provided the industry with a way to avoid having to pay the costs involved in recording mortgage transfers. ¬ÝLenders permanently list MERS as the ‚Äúmortgagee of record,‚Äù and by doing so the avoid the expense of recording any subsequent transfers.

MERS makes the claim that it is both an ‚Äúagent‚Äù of the lender and the ‚Äúmortgagee,‚Äù but the practice has fueled a firestorm of debate over a wide range of legal issues, and although many courts seem to have accepted the MERS way‚Ä¶ it‚Äôs often not clear whether such decisions were actually made in favor of MERS, or just against homeowners not making their mortgage payments.

What MERS does is operate a computer database that‚Äôs supposed to track mortgage servicing and the ownership rights of mortgage loans throughout the U.S. ¬ÝAnd when I first heard that explanation, I thought‚Ä¶ well, that sounds incredibly boring.

Frankly, as a layperson‚Ä¶ the whole thing is kind of insane, especially when you stop to consider that although MERS would readily admit that it doesn‚Äôt own any mortgage loans‚Ä¶ it is also the recorded owner of over half of the nation‚Äôs residential real estate.¬Ý At least I think that‚Äôs right‚Ä¶ every time I try to understand it better, the whole thing confuses me and then I have to take a nap.

The video below puts you in the courtroom to watch as both sides of the debate present oral arguments related to MERS‚Äô involvement in the foreclosure process in front of the nine justices of the Washington State Supreme Court.

I found it fascinating to watch‚Ä¶ almost as good as an episode of ‚ÄúBoston Legal,‚Äù in fact, the MERS lawyer kind of reminded me of Bill Shatner‚Äôs character on that show, Denny Crane.

You‚Äôll watch the plaintiff‚Äôs attorneys who are representing homeowners at risk of foreclosure argue that MERS violates the state‚Äôs Deed of Trust Act, among other things‚Ä¶ followed by the attorney flown in from Minnesota to appear ‚Äúpro hac vice,‚Äù on behalf of defendant MERS, who basically argues that MERS isn‚Äôt the problem no matter what because no one ever needs to know who owns their loan.

I‚Äôm paraphrasing, of course, but you‚Äôll see what I‚Äôm saying when you watch it.¬Ý It‚Äôs not quite 45 minutes long, but it feels shorter‚Ä¶ and afterwards, I‚Äôll pick up the discussion below and share my thoughts on the matter.

A simplified view of how we got here‚Ä¶

The foreclosure crisis put MERS in the national spotlight as it started filing foreclosure lawsuits on behalf of financiers and servicers against millions of American families.

These people losing homes to something using the name MERS had been told by President Obama that because of his new government program, Making Home Affordable, they would be able to get their loans modified and hence save their homes from foreclosure simply by calling their bank‚Ä¶ assuming, of course, they weren‚Äôt ‚Äúirresponsible borrowers.‚Äù

So, believing that he was both smart and ‚Äúa man of the people,‚Äù they did what he said they should do‚Ä¶ but he wasn‚Äôt, and it didn‚Äôt work.

But, more than just ‚Äúdidn‚Äôt work,‚Äù the experience was nothing short of torturous, and in fact, I‚Äôm quite certain that many who lived through it, would have jumped at waterboarding as an alternative.

Lawyers representing homeowners who had clearly been wronged tried turning to the courts to enforce the HAMP guidelines, but to no avail.¬Ý So, they went after anything and everything‚Ä¶ TILA/RESPA‚Ä¶ MERS and the failings of securitization‚Ä¶ and most recently robo-signing related allegations are all the rage‚Ä¶

The thinking was obvious‚Ä¶ judges and everyone else could see them coming a mile away‚Ä¶ cause enough trouble for the servicers and they‚Äôd offer to modify loans and hence save homes.¬Ý And soon‚Ä¶ when even that wasn‚Äôt working‚Ä¶ well, then even just delaying the loss of a home was something of a win, right?

Right‚Ä¶ wrong‚Ä¶ it didn‚Äôt matter‚Ä¶ homeowners not making their mortgage payments was the issue at hand, as far as the vast majority of judges went, and today, although the battle rages on fueled by words like ‚Äúforgery and fraud,‚Äù the outcomes are fundamentally the same as far as homeowners at risk of foreclosure are concerned.

The OCC turned out to be an acronym for the Office of Ceremonial Complacency.

Many states today have bills on their legislative calendars that could help in some ways, but banking lobbyists don‚Äôt give up a single yard without a fight.

And finally it was OCCUPY‚Ä¶ the blunt force edition of the foreclosure defense game, but again, to most‚Ä¶ sort of a delay with a side of pepper spray.

I don‚Äôt like it any more than anyone else, but the fact is that in 2011‚Ä¶ a year during which in some states like New Jersey and Nevada, foreclosures were said to be down year over year by something like 80 percent, even with the servicers waiting for the settlement to be reached so they could pick up their ‚ÄúGet Out of Fail Free‚Äù card‚Ä¶ even with all of the things that caused delays‚Ä¶ foreclosures were essentially flat when compared with 2010.¬Ý Absent anything new that I‚Äôm not seeing‚Ä¶ can you imagine how bad this year and next are going to be?

So, in the Bain case you watched on the video‚Ä¶ what happens if the court sides with the plaintiffs?¬Ý Says that MERS does violate the state‚Äôs Deed of Trust Act‚Ä¶ does that save homes in a way that I‚Äôm not seeing.¬Ý Or, will the servicers just start foreclosing judicially, as they‚Äôve done in response in Hawaii, for example.

So‚Ä¶ I called a couple of lawyers licensed to practice in the State of Washington to ask if their views of the Bain case confirmed mine‚Ä¶ and they did.

Please understand what I‚Äôm trying to say, because I‚Äôm not saying everyone shouldn‚Äôt fight this year and next and next and next‚Ä¶ and harder than ever, for that matter.¬Ý I know I will‚Ä¶

BUT, WAIT A MINUTE‚Ä¶ some changes have come to pass.

Remember‚Ä¶ the servicers and their propensity to ignore the toothless HAMP guidelines is one of the main reasons we‚Äôre all here, right?¬Ý Well, now we have new servicer guidelines that are part of the settlement agreement between the 49 AGs and the five largest servicers that doesn‚Äôt quite exist as yet, but I‚Äôm willing to believe if you are.

Ever since the day that the Obama administration prematurely asseverated that the AG settlement had arrived, I‚Äôve had only one thought on my mind‚Ä¶ what happens if servicers don‚Äôt adhere to the new standards?

Why are we troubling the servicers with having to come up with another set of guidelines they don‚Äôt have to follow?¬Ý Don‚Äôt they have enough on their plates already?¬Ý I mean‚Ä¶ they‚Äôve got all those foreclosures still to get handled‚Ä¶ and without several of their biggest mills, like Stern and Baum.

Then there‚Äôs designing the next phase of document creation, that‚Äôs not going to be done in a day or two.¬Ý And I hear that some servicers may actually have to get things notarized‚Ä¶ no, I mean for real‚Ä¶ actually notarized.

I think we should just call the five servicers involved and tell them not to bother with the new guidelines‚Ä¶ we don‚Äôt need them.

Either that, or we should put some pressure on our AGs and our state legislatures to give the new standards or guidelines the force of law‚Ä¶ you know‚Ä¶ including a private right of action for homeowners, and a provision for attorneys fees.

What are the banking lobbyists going to say in response to that?¬Ý There will never be lending again in this state?¬Ý No chance.¬Ý Plus, even if the new standards were made into state law, it would be very easy for the banks to not get sued and lose‚Ä¶ just don‚Äôt break the new law and follow the standards you agreed to follow in the settlement, which you said you‚Äôd follow‚Ä¶ so, what‚Äôs the problem?

To the AGs and state legislators, I would put forth that we don‚Äôt need new rules that lack teeth‚Ä¶ that no one who agreed to them has to follow.¬Ý We‚Äôve got plenty of those kinds of rules related to loan modifications already.¬Ý Why would the AGs oppose taking the terms and making them law?

I realize the states are gong to have ‚Äúindependent monitors,‚Äù but I‚Äôm not worried about the monitors getting screwed over and losing their homes‚Ä¶ monitors aren‚Äôt being damaged by rules being broken, it‚Äôs the homeowners, silly.¬Ý They‚Äôre the ones that need to be able to assert their rights under the agreement.

And to the homeowners not at risk of foreclosures just yet‚Ä¶¬Ý forget about the deadbeat cracks, shouldn‚Äôt any rules of any federal program or settlement with our government be followed?¬Ý Period?¬Ý Of course they should.¬Ý So, since we KNOW the last set were ignored, let‚Äôs make these new standards into a law with a private right of action and a provision for attorneys fees and let‚Äôs see what happens from there.

Maybe with such a law and attorneys fees clause, the trial bar will get interested, and they‚Äôve got a lobby in DC that‚Äôs pretty effective, I hear.

I know‚Ä¶ there are allowable margins for error in the settlement agreement, and extended timeframes for compliance‚Ä¶ but, so what? ¬ÝWhatever we‚Äôve got, make it a law‚Ä¶ something that must be adhered to, or consequences might result.

If you‚Äôre waiting for a BIG BANG, you‚Äôre going to be waiting for a long time.¬Ý It‚Äôs become obvious that, as I‚Äôve been saying for so long I‚Äôm tired of saying it‚Ä¶ it‚Äôs a game of inches.

And it‚Äôs a simple game.¬Ý You hit the ball‚Ä¶ you catch the ball.¬Ý Sometimes you win, sometimes you lose and sometimes it rains.

Well, some things are actually better.¬Ý Over 80 percent of trial modifications become permanent modifications today‚Ä¶ that didn‚Äôt used to be true.¬Ý And I‚Äôve checked with lawyers all over the country and they‚Äôre seeing what I‚Äôm seeing‚Ä¶ better modifications‚Ä¶ and principal reductions more and more.

Bank of America has started granting principal reductions as part of their loan mods.¬Ý I‚Äôve seen eight in the last two weeks, and a dozen lawyers from around the country, including Bruce Levitt in New Jersey, have reported the same thing.¬Ý And how about BofA‚Äôs new rent-for-three-years-if-you-can‚Äôt-afford-it-any-more program?¬Ý I call it a soft landing.

And Ocwen is offering shared appreciation modifications (‚ÄúSAM‚Äù) and they‚Äôre offering quite a few of them by the way.¬Ý But they are still awaiting approval from several states‚Ä¶ it‚Äôs a requirement, I‚Äôm told.

And look‚Ä¶ I‚Äôm not just saying this stuff to protect homeowners from bankers‚Ä¶ I‚Äôm saying it to protect the bankers and our society too.¬Ý I just don‚Äôt believe many people can take another failed program that happened because no one followed the rules.¬Ý Last time, well‚Ä¶ that‚Äôs one thing… it wasn‚Äôt pretty, but we made it through.

Not to put too fine a point on it but there are more than a few programs I could reference‚Ä¶ like, dozens‚Ä¶ that have failed so spectacularly that… and I do mean this literally… their reported outcomes would have been identical had they been administered by farm animals or house pets. ¬ÝAnd that would be funny, were it not so entirely accurate.

Allow the same exact things to happen back-to-back and I‚Äôm not at all sure‚Ä¶ all bets could be off.