GUEST POST: A Letter to President Obama, from James Deal, Attorney at Law 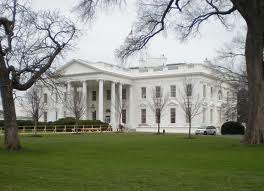 I write to identify a policy change that would add trillions of dollars of liquidity to the housing market overnight. It would stimulate home sales, stabilize home prices, and reduce the number of home foreclosures.

My suggestion is to make existing home mortgages assumable. Buyers then would not have to go get new loans. Existing loans could be â€śrecycled.â€ť

To do this Congress might amend the Garn-St. Germain Act to suspend enforcement of due-on-sale clauses in residential mortgages until liquidity is restored to the system.

However, the Garn Act, Title 12, Chapter 13, USC 1701 ff., included a non-binding provision that encouraged lenders to allow assumptions at compromise rates, but this provision, because it was not mandatory, has never been enforced. It says:

(3) In the exercise of its option under a due-on-sale clause, a lender is encouraged to permit an assumption of a real property loan at the existing contract rate or at a rate which is at or below the average between the contract and market rates, and nothing in this section shall be interpreted to prohibit any such assumption.

Relying on this paragraph, perhaps the appropriate agency could make the change without Congress having to amend the Garn Act.

As it is currently written, the standard FNMA/FHLMC Paragraph 18 due-on-sale clause does not actually require a seller to pay off a loan at the time of sale. It only gives the lender the option of calling the loan due should the seller sell without lender consent. Should a seller sell without lender consent, and should the lender call the loan due, the buyer and seller have 30 days to pay off the lender. If the loan is not paid, the lender can foreclose, which typically takes another six months.

If enforcement of due-on-sale clauses were to be suspended, then sellers would be able to pass their mortgages on to their buyers. Buyers would not have to go through the now very difficult process of qualifying for new loans. More homes would become saleable. Home values would tend to stabilize. Fewer homes would be â€śunder water.â€ť Instead of sellers simply abandoning their homes, more would be able to sell them. The number of foreclosures would drop. More renters could become home owners.

Although this simple change would not add new money to the system, it would keep existing money in the system, and make that money available to buyers, thus adding effective liquidity to the system as a whole.

I would assume that many banks have already decided as a matter of internal policy that due-on-sale clauses will not be enforced as long as mortgage payments are paid. Banks do not need more REO properties. However, buyers, sellers, and real estate agents do not know this. And they should know this. Sellers and buyers should be encouraged to do assumption transactions and wrap-around deed of trust transactions. The real estate agents I talk with all assume that due-on-sale clauses are still enforceable. They are very cautious about suggesting that sellers and buyers â€śgo aroundâ€ť due-on-sale clauses. They do not want to be liable if the bank forecloses. Their errors and omissions insurance might not cover them if they advise buyers and sellers to â€śgo aroundâ€ť a due-on-sale clauses.

Before the Garn Act was passed states had their own laws regarding due-on-sale clauses, generally judge-made laws. Some state courts took the position that a due-on-sale clause was in effect a de facto restraint on alienation against selling and buying and declared due-on-sale clauses void, at least for residential transactions.

The Garn Act relied on the Commerce Clause to preempt state laws regarding due-on-sale clauses and federalize the issue. This preemption was a good thing at the time because lenders were operating more and more across state lines. The laws needed to be uniform. Further, the cost of money had risen, and banks needed to recycle their loans to earn more money.

However, at this time in our history, the inability of sellers to allow buyers to assume their existing loans means that buyers must get new financing, and that can be difficult. Strict enforcement of due-on-sale clauses, now more than ever before, really does act as a de facto restraint on alienation.

I would suggest that enforcement of due-on-sale clauses be relaxed for an initial one year trial period so that buyers could assume existing mortgages or do wrap-around deed of trust transactions. I would suggest that buyers be required to meet reasonable requirements for assumptions if there is to be a release of liability for sellers, minimal approval requirements for assumptions without release of liability for sellers, and perhaps no approval requirements at all for wrap-around deed of trust transactions, in which sellers would not be released from liability, as was the general situation before passage of the Garn Act.

Wrap-around deed of trust transactions with no release of liability to the seller should be allowed with no bank review as an available option for two reasons: First, banks are already overwhelmed with dealing with loans in default and short sale transactions, and second, such wrap-around transactions can be closed in a matter of weeks instead of months. If a seller will remain secondarily liable on a loan, he can be counted on to do his own review of his buyerâ€™s credit worthiness.

I would suggest that relaxation of enforcement of due-on-sale clauses apply not only where buyers are buying homes they will occupy, but also where investors are buying homes which will be rentals or which will be improved and resold. Yes, non-owner-occupied investors will go around snapping up homes, but that would not be a bad thing. Sellers would be able to sell their homes and perhaps buy other homes. Foreclosures may be avoided. Banks will not lose as much money. Investors are more likely to have the cash necessary to buy out the equity of owner-occupied sellers and repair homes and get them onto the market as sales or rentals.

Regarding homes that are â€śunder water,â€ť loans on those homes could be modified down to a reasonable interest rate and a principal balance equal to fair market value. After modification, the loan would become assumable.

My second suggestion has to do with co-signers. More buyers could qualify to buy homes if they could assemble a group of non-occupant co-signers. It is my understanding that FHA will allow an occupant-borrower to strengthen his loan application by bringing in non-occupant co-buyers but that Fannie Mae and Freddie Mac will not.

In Washington there is a 1.78% excise tax on title transfers, so for friends to serve as co-signers they should not be required to go on title as co-buyers, as is currently required. Co-signers would voluntarily assume responsibility to supervise their buyer, make sure he is employed, maybe even hire him, and make sure he is paying his mortgage.

With more parties obligated, lenders would have more confidence that a borrower would pay his mortgage. It would be an American version of a Grameen Bank loan where an entire village co-signs for a borrower and guarantees payment.

I would suggest that if an occupant-buyer secures sufficient co-signer guarantees, he should be allowed to purchase a home on a zero-down basis.

Third, I would suggest that the almighty credit scoring system be relaxed, particularly when a borrower can assemble a credible group of cosigners.

Finally, I would suggest that the entire system of qualifying borrowers be reviewed so that those capable of repayment can get loans. Â There are many arbitrary loan qualification requirements which prevent people who are capable of making their mortgage payments from getting loans.

The best thing about all these suggestions is that they do not involve the outlay of any federal money.