Home  »  Ellen Brown, President of the Public Banking Institute, Has a Plan – A Mandelman Matters Podcast

Ellen Brown, President of the Public Banking Institute, Has a Plan – A Mandelman Matters Podcast 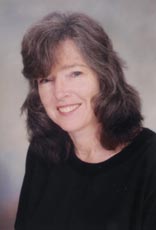 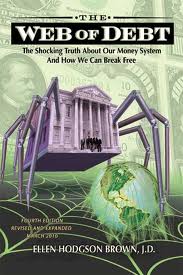 EXPLODING THE MYTHS ABOUT MONEY

Author of the book, “Web of Debt“

President of the Public Banking Institute┬Ā

If you’re not already familiar with Ellen Brown, then I might as well just go ahead and say: “Your welcome,” because I can’t imagine anyone not liking this prolific blogger, author of 11 books, attorney, and President and Chairman of the Public Banking Institute.┬Ā Ellen and I have been reading each others’ work for some time now, as it turns out, but we’ve only gotten to know each other personally since first speaking on the phone only a few months back.

I think it took me about five minutes into our first conversation before I asked her be my guest on a Mandelman Matters Podcast.┬Ā What she has to say about public banking is fresh and fascinating… and she says that something like 17 states have public banking up for votes this year… and I did not know that.

Excerpts from the site: Webofdebt.com and from the book itself…

“The 1890s were plagued by an economic depression that was nearly as severe as the Great Depression of the 1930s. The farmers lived like serfs to the bankers, having mortgaged their farms, their equipment, and sometimes even the seeds they needed for planting. They were charged so much by a railroad cartel for shipping their products to market that they could have more costs and debts than profits. The farmers were as ignorant as the Scarecrow of banking policies; while in the cities, unemployed factory workers were as frozen as the Tin Woodman from the lack of a free-flowing supply of money to “oil” the wheels of industry. In the early 1890s, unemployment had reached 20 percent. The crime rate soared, families were torn apart, racial tensions boiled. The nation was in chaos. Radical party politics thrived.”

“Our money system is not what we have been led to believe. The creation of money has been “privatized,” or taken over by private money lenders. Thomas Jefferson called them ŌĆ£bold and bankrupt adventurers just pretending to have money.ŌĆØ Except for coins, all of our money is now created as loans advanced by private banking institutions ŌĆö including the privately-owned Federal Reserve. Banks create the principal but not the interest to service their loans. To find the interest, new loans must continually be taken out, expanding the money supply, inflating prices ŌĆö and robbing you of the value of your money.”

Web of Debt unravels the deceptions in our money scheme and presents a crystal clear picture of the financial abyss towards which we are heading. Then it explores a workable alternative, one that was tested in colonial America and is grounded in the best of American economic thought, including the writings of Benjamin Franklin, Thomas Jefferson and Abraham Lincoln. If you care about financial security, your own or the nation’s, you should read this book.

And there’s no question about it, we’re NOT in Kansas anymore…

I think everyone is going to really enjoy listening to Ellen discuss the financial issues of the day… from the Wall Street meltdown of 2008 and how we handled things from there, to the impending default of Greece and other members of the EU… Ellen knows what she’s talking about, and a joy to listen to, not only because she makes the most complicated economic concepts easy to understand, but because she makes them personal, never academic.

This podcast is presented in two parts, so we might as well turn up those speakers and get started.┬Ā I can promise you this… you’ll never look at “The Wizard of OZ” the same way again… and it’s just fascinating to me that we’ve been here before in this country… more than once.

And the Tin Man for Part 2!