Home  »  Nothing Goes Down in a Straight Line

Nothing Goes Down in a Straight Line 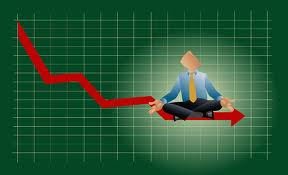 Look… I hate being a porcupine in a balloon factory, so I’m not trying to take anything away from the numbers that are even slightly better than they’ve been in the recent past.Ā  In fact, I’m an optimist by nature, so I hate being the one that comes off like Calamity Jim.

And, nothing I say should ever stop someone from buying a house in which they plan to live.

But, the structural problems we face have NOT changed, so I see no possibility that we aren’t going to see some continued weakening in the housing market in the years ahead, and I don’t care whether we’re talking Phoenix, or wherever else.

Nothing goes down in a straight line. Ā

The Dow nearly doubled between March of 1935 to March of 1937 and smack dab in the middle of the Great Depression the economy appeared to be back on track.Ā  But, it gave up those gains the following year in a crack-that-whip sort of slide slide and a new recession saw unemployment back at 20%.Ā  After that, the DOW barely puttered along for the rest of the 1930s, never coming close to recapturing its March 1937 high.

Well, since our economy went off a cliff in 2007 we’ve had several periods during which “experts” have proclaimed that “the worst is behind us.”Ā  None has been anywhere close to correct… and many have had a vested interest in what they’re reporting.Ā  I understand that optimism is both fun, and a hard thing of which to let go, but the result of blind optimism during a crisis is that we won’t deal with the structural problems that are sure to continue kicking of our collective ass for years to come, and by years I do mean decades.

Lending in this country is… in a phrase, a complete train wreck.

To begin with, the federal government has essentially taken over consumer lending, at least as far as the $10 trillion home mortgage market is concerned.Ā  The government’s share of new loans now approaches 100%.Ā  Today, the three fastest growing government insurance programs are the FHA, the USDA’s single-family guarantee program, and … yawn… Ginnie Mae.

FHA is flat out bankrupt and after the election will be making headlines as the next bailout.Ā  Over the last few years it’s become the new sub-sub-prime.Ā  It’s leveraged at a little under an eye-popping 1,000 to one, which dwarfs Fannie’s previous record of 174 to one… and we know how well that never worked out.Ā  I want to say defaults are in the 20% range, but that number could be one or two points off in either direction.

The US Department of Agriculture’s (USDA) single-family guarantee program is the poster child for underpricing risk.Ā  Ed Pinto, a former chief credit officer at Fannie Mae, and an expert on government lending programs, recently explained that a borrower with a FICO score of 620 is able to get a zero down payment loan of say $150,000. According to Pinto, the all-in cost of the USDA loan is at least $12,000 below what Freddie Mac would require for the same borrower paying five percent down.Ā  What’s going to happen down this path shouldn’t be much of a mystery.

We haven’t had a private securitization of mortgage debt since 2007, and we won’t have one for a long time… certainly not until we correct the inadequacies of the system that created our current economic catastrophe, or until institutional investors take stupid pills en masse.Ā  That means a market dependent on the government for essentially all lending, and with Europe living on a razor’s edge, that’s just not good.Ā  The credit markets remain broken and we won’t see a real rebound until they have been substantively repaired.Ā  The way we’re facing facts lately, that could take a generation.

Demand for residential real estate is simply going to be much lower than in the past… half of homeowners are underwater and therefore unable to move.Ā  Saddled with debt and unable to find good paying jobs, first time buyers are delaying family formation and therefore their purchases of homes.Ā  The unemployment picture is little more than pre-election propaganda… the most recent numbers being largely the result of a warmer than usual winter.Ā  And foreclosures in 2011 were simply suppressed last year by litigation, and as banks awaited the settlement with the state AGs… they’re headed higher as we speak.

That makes some comparisons between 2010 and 2011 appear favorable, but it is a meaningless illusion… similar to the illusion of a housing rebound in 2009-10 until we saw the impact of tax incentives and the Fed buying trillions in mortgage-backed securities coming to an end.

Bring in an old toaster and the federal government will give you $500.Ā  Betcha’ that’s going to make for some very encouraging third quarter numbers.

Add to those factors the demographics of our aging baby-boomers, 78 million of us who will de facto be moving less and downsizing as we age.Ā  And don’t forget the certainty of a European default at some point in the next couple of years, and it’s just not anywhere near as pretty a picture as we’re going to have painted for us during the election year that’s ahead.

And all of that lackluster performance is occurring in an environment of record low interest rates.Ā  What do you suppose will happen to the housing market as those rates rise?Ā  Defaults will unquestionably spike once again, and credit will tighten even further.Ā  Prices simply have to fall farther before demand will increase enough to stabilize prices, let alone support any real broad based appreciation, because demand isn’t coming to the rescue, we’ve drowned it in a sea of judgmental punishment.

But again… nothing goes down in a straight line, so there will be moments where things will feel like the worst is behind us… followed by times where it will feel like it’s not.

What a house cost in the past, is entirely irrelevant.Ā  Real estate prices are not set based on their past, no more than stock prices are priced that way, which is why no one should still be holding Cisco at $84.

A few days ago, to make my point, all the news was “happy-in-homeland.”Ā  Today… well… not nearly as much…

The S&P Supercomposite Homebuilding Index fell 2 percent today. New-home sales fell 1.6 percent to a 313,000 annual pace, the slowest since October, from a 318,000 rate in January that was weaker than previously reported, figures from the Commerce Department showed today in Washington. Ā The median estimate of 78 economists surveyed by Bloomberg News called for 325,000.

KB Home (KBH), the Los Angeles-based homebuilder that targets first-time buyers, sank 8.9 percent to $10.24. Revenue in the first-quarter was $254.6 million, falling short of the average analyst estimate of $328.6 million.

The current recovery is the weakest one ever and being driven by warm weather, not by fundamental improvements taking place in the economy, says Gluskin Sheff economist David Rosenberg.

Deficit spending and loose monetary policies have further propped up the economy, which is much weaker than otherwise improving economic indicators would suggest.

“Is it growing? How could it not be growing,” Rosenberg said on CNBC.

“We’ve got four years of trillion-dollar-plus deficits, we have a Fed balance sheet that’s tripled in size, zero policy rates for three years. Of course you’re going to get some growth.”

It’s that kind of artificial growth that should worry the country.

“If you want to take a big-picture perspective, this goes down as the weakest economic recovery ever, despite all the ramp up in government stimulus, and that really tells you something.”

Up to 40 percent of those jobs are weather-related, such as construction jobs coming on line earlier than scheduled.

“It felt like March in February, and if you apply the March seasonal factors to February, employment would have actually declined.”

I get frustrated with the baseless cheer leading of the NAR and Mortgage Bankers Association because blowing sunshine up our skirts is preventing us from dealing with the very real structural problems we are most assuredly still facing today… as we were four years ago.Ā  To-date we continue to largely run-in-place, economically speaking, and we wouldn’t be if we weren’t deluding ourselves with the idea that “hope” is a strategy for future growth.Ā  Because, the only thing you get with Hope… is Crosby.