This is the story of Patricia Martin, 65 years old, disabled by a crippling back injury, after suffering a stroke and a heart attack, now with a heart function approximately 35 percent of normal.  This is a woman who owned her home since purchasing it with her late husband in 1968.

Not a home of great value to anyone but her.  The home in which she and her husband raised their children.  And the home in which today, she resides along with her daughter, son-in-law and grandson.  The home that has been the centerpiece of her life for 44 years.

Yes, Patricia Martin, despite the challenges of her health, was blessed with a close family who love her and she them.  And as I think of her, all I can imagine is that her memories of all the years in that house must mean everything to her.

And yet tomorrow morning, Wells Fargo Bank wants her EVICTED.

You see, after a year and a half of deceiving and abusing her, Wells finally won when last November they foreclosed on the Option ARM mortgage some predatory jackass sold her on back in 2005, and bought her house at the trustee sale she didn’t know would take place.  Wells wore her down and finally beat her, it wasn’t easy… it took half dozen bank employees well over a year to do it, but they finally did.

People like Wells Fargo’s own… Alfonzo Martinez, who Patricia Martin describes as always being abusive, unprofessional and condescending.  And as I’m typing those words, I can’t help but wonder what you have to do to get a 65 year-old grandmother to think that about you. 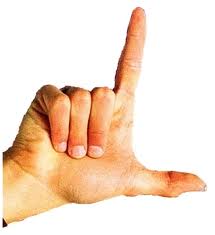 I guess the reality is that maybe I’ll never understand this sort of thing… how it ends up coming to my desk at this point… how it is that there wouldn’t be a dozen or more people at Wells Fargo Bank chasing this 65 year-old woman around, trying to apologize, offering to make things right… asking for forgiveness.  How can that not be the case?

Is it part of the corporate culture at Wells to be callous and unfeeling… to shun responsibility, to be able to act with impunity even when doing things that others would consider unconscionable.  Who raised these people?

I have to say that this sort of thing reflects very badly on you, CEO John Stumpf… and your senior management team, of course.  But you more than the others, for it is you with whom the buck stops, does it not?  And I say that because I was the CEO of my own firm for some 20 years, and were someone to have told me a story such that I’m about to tell, about my own company… well, I simply cannot even imagine it.

First of all, let me introduce you to the stars of our tragic tale:  besides Alfonzo Martinez we have Amy Leffert, Shelly Melaine, Samuel Biasa who looked over the entire account, Ray Serrano in the Office of the Presidency at Wells Fargo Bank, and NDEX West, as our Foreclosure Trustee, who told Patricia Martin…

“Wells isn’t offering you a repayment option, they don’t want your money, they want your property and that’s all there is to it.”

Wells Fargo turned down Patricia Martin’s application for a loan modification because they said she had failed the NPV test… but they had run the test using a property value of $370,000.  Trish Salem, who was helping Patricia, was insistent that her home was worth $301,000, and Wells agreed to re-run the test again using the lower property value.  They ran it again, but with the same $370,000 property value.  Why?  Well, that’s easy… because they are a collection of unfeeling and incompetent idiots, that’s why.

It all started on September 26, 2010 when Patricia became quite ill and so her daughter went into the branch to make two mortgage payments, one for August and one for September, and was told she didn’t have to pay the late fees at that time, they could be paid later… the late fee was $83.41 for each of the two months.  She paid the two payments by check in the amount of $3238.30.

It would be those late fees that would ultimately be what would lead to her undoing.  And that’s why I say Wells Fargo can’t be trusted, because that should be impossible.  Late fees, whether you pay them or not, should never be capable of causing you to go down a path to losing your house.

In October Patricia and her family had to make some expensive repairs to the home’s heating system, so it wasn’t until mid November that Patricia’s daughter called Wells to explain why the October payment wasn’t made and to say that both October and November would be made shortly.

That was the fateful day when the Wells Fargo suggested that Patricia Martin apply for a “Map 2” loan modification.

It was Amy Laffert that took down Patricia’s information, telling her, “you qualify” and stating that Particia would be “ahead of the game,” because her late payments would be folded into the modified loan.

The file was assigned to Shellie Melaine, and that was when she was told that something was amiss.  Shellie said that half of the payment that had been made in September had not been applied.  Patricia’s daughter later called and asked to have the missing payment rectified.

Little did she know that she would soon be getting a letter saying the loan was in default and that she would have to come up with $4829.96 by November 30th, to bring it current.

The amount could not be right, there were only two payments due.

It’s like a Hitchcock movie, isn’t it?  I get chills as I’m writing it.  Do you see where the twist is coming from… it’s the September payment, the late fees… they took them anyway after saying she didn’t have to pay them… I want to scream… NO, PATRICIA, STOP… but she had no idea what was going on, and Wells certainly didn’t explain anything about it to her. 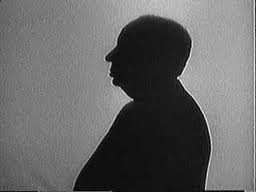 But it still could have worked out okay, had Wells just accepted her two payments and brought the loan current,   and this information was confirmed by Ray Serrano in the Office of the President at wells Fargo.  Patricia could have made the two payments, and she only owed the two payments, but wells saw three payments as being due… they were wrong, but they’re never wrong to them.

Again, and again… same thing, same thing. At this point Wells is torturing this woman.

So, this goes on and on… do I have to tell it all?  Good Lord, Wells Fargo and specifically to you CEO John Stumpf… why do you put people through this process?  Get off your private jet and go spend the day in the loan modification department.

So, yeah… the Map 2 modification was denied because of insufficient documents.  But we all know there were no insufficient documents, because next Wells Fargo, in a letter dated January 31, 2011, the bank invited Ms. Martin to apply for a HAMP modification and why would they do that?  Does HAMP require LESS SUFFICIENT DOCUMENTS?  You guys at Wells don’t even make sense about half the time.

And if I have trouble keeping tract of your nonsense, imagine how Patricia was handling it, especially when in the middle of all this, December 10, 2010, she had to have major back surgery.

All the documents were promptly submitted to Alfonzo Martinez, the designated agent of Wells Fargo Bank… and this is the second time I’ve bumped into Mr. Martinez and heard how awful he is.  How can he not be fired by now?

Memo to Alfonso… Dude, you’re really starting to bother me.  Chose another career, do the right thing… you don’t want me annoyed with you.  I’ve had a tough three years, I’m cranky and I love to stick up for grandmothers.  Trust me, it’s not worth it.  Have you considered the Armed Forces?

According to Patricia’s lawyer…

“Mr. Martinez was unprofessional in his job.  He repeatedly requested documents which had already been submitted, threatened to close the modification request if he did not get documents he had not previously requested, repeatedly asked for new RMAs although a number already had been submitted, and demanded that Ms. Martin submit RMAs with sections in blank which he would fill in.

It appears that for a period of several months from February 1, 2011 to May of 2011, Alfonso  he never did complete the package and send it to underwriting, rather, he required at least three different new loan mod submissions.”

At one point in the clusterf#@k of a process, Samuel Biasa stepped in to look over the entire account and, having seen that all documents were in fact there, admitted that he didn‘t know why Alfonzo had not submitted them to underwriting.  So, Mr. Biasa submitted the paperwork himself to Wells underwriting and for a short time, things were looking up.

When Alfonso came back and saw that Samuel Biasa had submitted Patricia’s file, Patricia says that he became “very abusive, unprofessional and condescending” towards both Patricia and her daughter.

Then the HAMP modification came through… DENIED.  Can you guess why… insufficient documents again?  Sure why not?  The bank would still not accept her payments… she was told the system was being whatever and who cares.

Then she was denied for HAMP again.  This time for the NPV… with the $370,000 valuation, that they just couldn’t seem to ever change… but it’s funny because HOW MUCH DO YOU SUPPOSE WELLS PAID FOR PATRICIA’S HOME AT THE AUCTION… $298,000.

By the time the system got put right, there was too much IN LATE FEES AND OTHER CHARGES FOR HER TO PAY IT IN ONE LUMP SUM.

As her sale date approached she tried filing a lawsuit, but botched it completely.  She finally called Mark Zanides, an attorney who I happen to know quite well.  And although Mark knew it would be a difficult case, he couldn’t leave her alone facing eviction.

He told me about Patricia’s story and I couldn’t leave her alone either.

IS THAT RIGHT, DOERS?

Wells Fargo… let me be clear about this because time is short.  Patricia Martin is scheduled for UD Court tomorrow.  So, you have some law firm, some unsuspecting foreclosure mill, no doubt… and you should call and cancel them.  It looks like NDEX WEST.  You should see what’s happened here and if it can be fixed… you should do the right thing and fix it.

This is a predatory piece of garbage World Savings/Wachovia loan sold to a senior.

I had this sort of situation with Bank of America a few weeks ago and they got the house back from a third party.  You bought this one yourself.  So, you can give it back no problem.  She can make her payments, good Lord, she was trying to make her payments to you all damn year when you wouldn’t take them because of some stupid $80 late fee.

Don’t make me go any further here, I take no pleasure in this.  Bank of America has been wonderful to work with and you should follow their lead.  I’m hearing all sorts of terrible things about Wells lately.  You don’t want to take Bank of America’s place in the shooting gallery, do you?

Come on, let’s save Patricia’s home for her… and for her daughter and son-in-law… and for her grandson.  It’ll feel good to do the right thing.

Please send an email to John Stumpf and others at Wells Fargo and tell them how you feel and that they need to stop the eviction by canceling tomorrow’s UD proceedings and give this woman her home back.

Chairman of the Board, President, CEO: John.G.Stumpf@wellsfargo.com 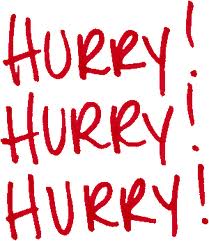