Home  »  OneWest Bank DOES IT for Lisa in Massachusetts! (DOERS ROCK!)

OneWest Bank DOES IT for Lisa in Massachusetts! (DOERS ROCK!) 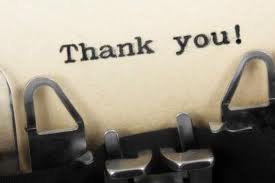 Now, I don’t mind telling you that I had just posted a DOERS ALERT the day before, and to be honest they’re all a lot of work and I really didn’t want to have to write another one the very next day… I was exhausted and looking forward to sleeping for the next couple days.

The client’s name wasÂ Lisa Ferrecchia, who I was told was one of theÂ thalidomide babies. At the time, I did’t know if that meant she was part of a sister singing trio… you know… The Thalidomide Babies,” or what, but I’d soon find out.

So, I read about thalidomideÂ and OneWest Bank most of the day and then started writing a DOER ALERT, which was finally ready to post at about 5:30 PM on Sunday afternoon. Â I was beyond tired and feeling kind of awful, if you must know. Â I hadn’t been outside of my study for yet another weekend straight… my wife wasn’t saying anything, and my daughter was saying she missed me. Â But what could I do? Â I mean, seriously? Â Lisa Ferrecchia’s home was to be sold the very next day at 3:00 PM in Massachusetts.

Plus, in Massachusetts, do you know how they do it? Â They auction the home off right on the soon to be ex-homeowner’s front lawn, for all to see. Â I’ll tell you what… that is some 17th century nonsense right there. Â As in… Me thinketh she is a witch! Â Aye, a witch! Â Might as well be making the homeowner walk around with a scarlet ‘F’ on his or her clothing. Â I figured that Lisa had probably spent a lifetime seeing people stare at her, and the thought of her home being auctioned off in front of her neighbors… well… that just was not going to happen. Â Not today.

I had spoken to attorney Glenn Russell early on Saturday, and told him to have a skeletal bankruptcy filing ready just in case. Â I had just spent the whole weekend behind closed doors in my study typing and posting at 5:35 PM on Sunday, I wasn’t at all sure my DOERS would DO it in time… or even could DO it in time. Â And if that was the case… why the heck did I just blow the whole weekend with my family… again. Â I was conflicted and unsure of everything.

To make matters even worse… Â and I wouldn’t normally share this publicly… but Steve Diberrt of MFI Miami called me on Sunday evening… he was in Denver for something foreclosure-related. Â He had read my DOER ALERT post and asked me what I was doing about Lisa Ferrecchia. Â I said I posted a DOER ALERT and my DOERS would handle it. Â He asked if I had called Glenn Russell and if Glenn was going to file a TRO, etc. etc. to stop the next day’s sale. He asked a bunch of other technical legal questions until I had a headache.

I said there wasn’t time for any of that, but my DOERS would handle it. Â He wasn’t buying any of it. Â I said, don’t worry… I’m sure it’ll be fine.

And he replied: “Dude, I think your nuts. Â I’ll call Glenn and find out Â what else can be done.” Â He hung up.

“Oh, ye-of-little-faith-shithead,” I thought to myself. Â

We all know what happened next, right? Â OneWest Bank’s CEO emailed me late on Sunday night saying that he’d look into the situation the next morning… and the next morning OneWest contacted Lisa… told her that the sale had already been postponed… and that they’d do everything they could to get her a loan modification that would allow her to keep her home. Â I wrote to tell everyone the good news, and said that I was certain that OneWest Bank would do exactly what they had promised. Â Of course, not everyone was sure whether I was kidding… I was right… or I was a fruit loop.

One West said that they would let Lisa know by today… Tuesday, February 7, 2012. Â And so here we are…

DOERS you DID it again!