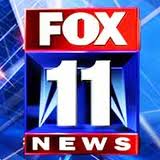 Okay, late one night this past week I got a call from Heidi Cuda, a producer from Fox 11 News in Los Angeles.  She explained that she’d been producing a week long series about the foreclosure crisis in California, titled, “Saving the California Dream,” and several people including an attorney friend of mine, Walter Hackett, said that she should be talking to me.

“Why?” I asked.  “I’m not in foreclosure, did Walter say I was a deadbeat borrower?”  I think I threw her off with that line.

“No,” she said.  “Everyone says you’re the guy that knows everything about the foreclosure crisis.”

“Noooo,” she said.  “Everyone said you were wonderful.  I want to interview you for the final segment.”

“Where the hell have you and the rest of the mainstream media been for the past three years?”  I asked.

She took the bait.  “Well, I’ve been going all over the state talking to homeowners and I’ve learned all about… blah, blah, blah.”

“So, what makes you think you’re qualified to interview me?” I asked in earnest.

“I’m not, but that’s why I need  you, you’ll make the series and I need to learn from you,” she said sounding sincere.

Ooooh, she was good.  Very slick.  Soooo L.A.  Like she just got off the set of “Entourage,” on HBO.

“Noon on Friday.”  She replied.

“I can’t wait to meet you,” she fired back still sounding sincere.

“Love ya’ babe…” I said under my breath, after she’d already hung up.

So, I drove up to LA, we taped the interview and I drove home.  Then I went back to my desk, started writing and promptly forgot all about it, so I missed it at 6:00 PM, or whenever it was on, and missed it again at 10:00 PM, when it aired for the second time.

The next day people kept asking me if I’d seen it, so I watched it on-line.  Didn’t think much of it.  Hated it, actually.  What a waste of time.  Never doing that again.

Then she called me today.  “Hi,” I said.  I was wimping out.  She tells me Part 2 is on tonight and it’s going to be great.  I didn’t know anything about a second part.  So, this time my wife called me when it was starting… so, I watched it.  And it was much better than Part 1, I thought.  You, however, can decide for yourself, if you’re so inclined.