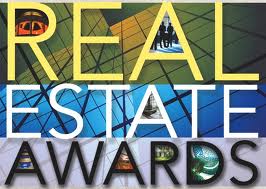 This year at the 84th Annual Academy Awards

The nominees for Best Picture are… 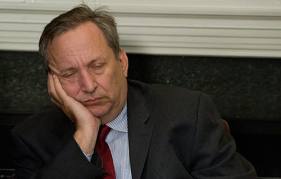 The Scary Scummers story, filmed in black & white.  Growing up with prominent professors of economics at the University of Pennsylvania as parents, and the nephew of two Nobel laureates in economics, a young Scary Scummers realizes he can’t follow the conversations at the dinner table.  In one scene, after scoring a combined 480 on his SATs, he overhears his parents saying the family’s genes have obviously skipped a generation.

About to start a job sweeping up in a bagel bakery, his life takes a dramatic turn when a friend fakes his resume.  Because of his last name, no one thinks to check, and next thing we know, he’s chief economist at the World Bank.  When a charismatic, but inexperienced community organizer from Chicago’s south side inexplicably finds himself in the Oval Office, Scary convinces the new president, who knows nothing about economics, that he’s the one who should drive the nation’s economy.  And he does… straight off a cliff.  (Warning: May cause motion sickness.) 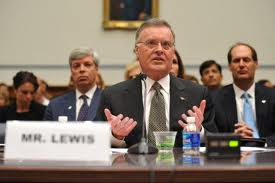 This fantasy-drama follows a dozen Bank of America senior executives as they are forced to travel from courtroom to courtroom all over the country defending hundreds of lawsuits of all kinds.  Each time the bank execs think things are going well, but invariably lower level employees are called to the stand, completely blowing the bank’s defense.

As the judgments mount into the billions, new suits are being filed each day.  Law school enrollment skyrockets as the country starts churning out lawyers all anxious to take their shot at BofA or any of the too-big-to-fail banks.  As the law firms and the companies that support the new industry grow, so much money is being made beating the banks, that the U.S. economy starts turning around and soon the middle class is debt free.  99% on Putrid Potatoes:  “It’s the feel good movie of the year!” 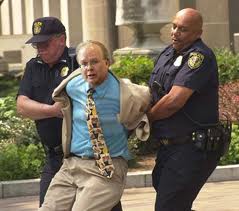 The story centers on attorneys litigating on behalf of homeowners in foreclosure throughout California where judges actually favor MERS’ assignments, sincerely do not care who owns which house, and believe that “securitization,” is what happens when having a home alarm system installed.

As their clients become more and more dissatisfied, they start blackmailing the lawyers, threatening to file bar complaints in order to get their money back.  The frustrated lawyers finally turn to their own state’s bar association for support, but when they do the bar promptly has them arrested.  Filmed in a hand-held style best described as “gritty realism,” the film is based on a true story. 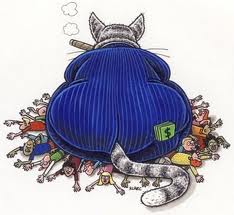 In this 3-D animated fantasy, Crazy Jamie Diamonds and Johnny Stumpedwells travel together to find Lord Blankcheck, in the hopes that he will do God’s work and tell them how to find King Angelo Mozillion, the one they call Too-Huge-to-Jail.  Along the way they come across all sorts of familiar characters including GS egghead, Fab Faberge, who keeps repeating, “I did nothing wrong, but I could have been more careful,” and Kenny Lewser, who roams the country wide belching as he says, “I can’t believe I bought the whole thing… twice.”  Rated PiG. 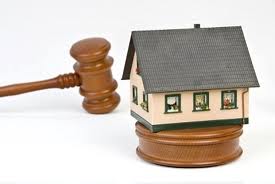 When Frugal Williams lost his job as a loan officer in 2008, he knew he was in trouble.  But then one day, after a year spent living on his savings and a few loans from his parents, he’s about to put his Paris, Texas home up for sale, until he finds himself watching the country’s recently elected president describe a new federal program designed to help him save his home.

That night, he has the best night’s sleep in over a year, but he wakes up on a different planet.  His life is turned upside down from the moment he sends in the package of forms to his his servicer… First Infidelity Bank (FIB).   Theater owners across the country report audiences screaming out, “No!  Stop!  Don’t!” as he slides the package into the Fed-Ex drop-box.

Soon his life is entirely consumed by requirements of his loan modification.  Unable to keep up, his wife is forced to quit her job, as well, in order to help him, and soon the Kinko’s bills for faxing and photocopying drive the family into bankruptcy.  Now there’s a sale date.  But with Hitchcockian flair, no one knows what will happen for sure… tomorrow at “2:00 PM in Paris,” TX.  (NC-17 – Not for viewers over 17 yrs.) 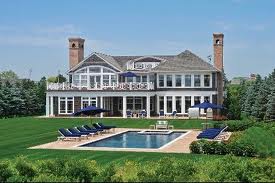 This futuristic thriller stars ex-Morgan Stanley bond trader Howie Hubler, the man who lost Morgan $9 billion in a single trade, inadvertently kicking off the new favorite competitive-craze among the country’s wealthiest individuals.  The year is 2016, and every megalomaniac hedgefunder wants to be a “Moneyballer.”

In games of Moneyball, the whistle blows and seated at screens equipped with trading platforms, the uber-rich compete to see how fast they can irrationally pump up various stocks, bonds and/or commodities in order to wipe out the retirement savings of middle class Americans, referred to as “pawns,” who follow them as prices rise to disastrous ends.

In an opening scene, we see Hubler in his Central Park South penthouse.  He is laughing almost uncontrollably.“There’s no question, it can be expensive to play.  Last week, I had to throw away $4 million and change just to bankrupt this small business owner from New Rochelle.  He was quite guarded and pretty tenacious, but in the end he took the bait. When everything collapsed, I swear to God, I think he and his wife both soiled themselves… I’m not kidding… I almost choked on my foie gras.”

“The Free for Life” 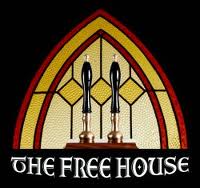 In this reality-based comedy, John and Jane Q. Public are seen taking their shot at the lottery wheel of justice.  Couples appear before judges in courtrooms across the country hoping to wipe out their mortgage and walk away with a free house.  The laughs come from watching the pro per/pro se litigants go up against lawyers from JPMorgan Chase and Wells Fargo, attempting to explain to judges why it matters that the assignment of the deed of trust was illegally notarized, and why it doesn’t matter that they haven’t made their mortgage payment in 36 months. 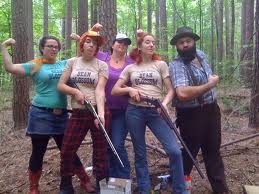 Brighton Badass and his son, Redneck, have lived in their home all their lives and they don’t plan on leaving it just ‘cause some bankster says so.  In an opening scene, we see and hear Bright talking on the phone, “Well, you just tell the sheriff… she comes out her looking for me and my boy to leave, she better be armed to the teeth, ‘cause I sure will be.  That’s all we invest in out here in the woods… guns and gold,” he laughs as he hangs up the handset.

The camera pulls back and we see that this home is more than just well fortified.  There are snipers in trees, and trenches dug six feet deep for 50 yards all around the property.  Bright pops a few pills in his mouth and washes them down with some white lightening whiskey.  Then he blows his whistle and the hundred or so men, women and children come out from their positions to receive their orders.

The “War House” trailer, voted #1 in 2011, ends when the camera zooms in on Redneck Badass as he says laughing, “Come on, ya’ll… sheriff’s a comin’ so get yourself some amo… time to show the law how we practice foreclosure defense round here. They robo-signing, so we robo-shooting.” 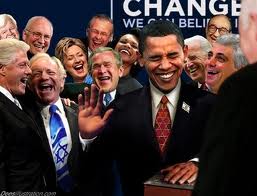 This semi-historical docudrama chronicles a year of negotiations between 50 state attorneys general and five bankers.  From the beginning we see that neither side knows what in the world they’re doing, as the discussion mostly consists of one side saying, “$20 billion,” and the other side yelling back, “$10 billion.”

Along the way rumors start to swirl as the senseless drama leads to enormous amounts of press coverage, only to end with nothing being accomplished and little being disclosed.  This film concludes Steve Stealbanks’ social commentary on meaningless media hype and corrupt, unfeeling politics, a quadrilogy that began with, “OMG IT’S Y2K,” followed by, “WMD & ME,” and then, who could ever forget, “Hope & Change, 2008.”

OMG, did you see what SHE was wearing?