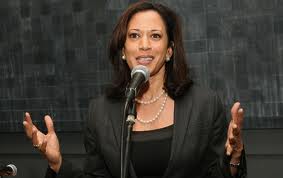 Did you hear about this?  California’s Attorney General, Kamala Harris has asked the Federal Housing Finance Agency, or FHFA, which is the government agency that is acting as conservator for failed mortgage behemoths Fannie Mae and Freddie Mac, to stop foreclosing in California until it has conducted a “thorough, transparent analysis of whether principal reduction is in the best interests of struggling homeowners as well as taxpayers.”

Well, damn woman… that’s the spirit.  I didn’t know you had it in you.  Bravo!

Can I just tell you something about this?  If this works… I am going to be so pissed off that I may have to be medicated.  We’ve already lost a bazillion homes to foreclosure in California, half the damn state is underwater and you know it’s higher than that if you add in real estate commissions and other miscellaneous costs associated with selling a home.  And there are about 2 million homes in foreclosure or very seriously delinquent right this moment in this state.

As a result of the foreclosure crisis, we’ve got headline unemployment around 12 percent, with the real number being over 16 percent, and some economists saying under-employment in the state is 22 percent, which isn’t at all hard to believe.

And all of this has created a huge budget deficit of $9.2 billion through June 2013.  That’s after making significant cuts, raising taxes on the wealthy, adding a half-cent sales tax bump and assuming the Facebook IPO goes well.  And even with that, the nonpartisan Legislative Analyst’s Office has just released its study of Governor Brown’s numbers, saying…

“We can identify no strong rationale for the administration’s assumption that capital gains will grow very rapidly in 2012 and later years.”

I’m not even going to mention how much yours truly has watched evaporate since 2007.  It may not be as much as it cost for the Obamas to take their family ski vacation in Aspen recently, but it’s quite a bit more than it would cost to send SEVEN kids to Harvard for FOUR years.

A Mind of His Own…

The U.S. Congress, President Obama, and Secretary Geithner have all been leaning on acting director Edward DeMarco to allow Fannie and Freddie to do more to stop foreclosures, and specifically to start reducing principal for quite some time now, as in over a year, and DeMarco has said, “No.”  And when this man says “no” he means no, damn it.

Rep. Elijah Cummings (D-MD), who has also urged DeMarco to change his position, was quoted in the Huffington Post as having said in a recent interview…

“All the administration can do is keep pushing.   DeMarco has the power.”

I’ll say this… it’s fascinating to watch, that’s for sure.  I must have missed it, and I do apologize for that, but what’s this form of government we’re now using called?  I tried looking it up… is it an “Adhocracy?” Here are a few of the characteristics of an adhocracy according to Wikipedia:

That sounds close, doesn’t it?  It’s either that or “Chiefdom,” seems to fit as well.

Ed DeMarco is so lucky that Obama’s a wussy… wait, oh my God, did I just say that out loud?  I am so sorry; I can’t believe I did that.  But my point is the same. 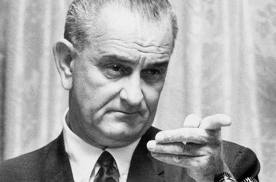 I’d like to see DeMarco trying this sort of thing with Lyndon Johnson in the Oval Office.  Oh, ho, ho… Ed would kick some sand in Lyndon’s face and find himself being called “Stumpy” for the rest of his natural life, you dig what I’m saying here?

Actually, truth be told, I can’t even think of a President in my lifetime that would tolerate this nonsense from some econocrat hired to be a fancy-pants version of a bankruptcy trustee for a failed mortgage company.  Were it President Kennedy we were talking about, DeMarco might have climbed into the back of his limo to head home after a long day, only to find Sam Giancana had replaced his driver.

“Yeah, well Jerry wasn’t feeling so good, so I gave him the night off, Mr. DeMarco,” Mooney would have said… as the doors all locked at once.  “You just sit back and relax, we’ll be across the river and in Virginia in no time.”  And then he’d turn on the radio and start singing “That’s Amore,” along with Dino.

At least that’s how it would go in a Martin Scorsese picture about President Kennedy, which is how I like to think of JFK.  Either that, or DeMarco would have found himself on his way to Playa Girón in the Gulf of Cazones on the southern coast of Cuba.

I was about to jump into a Chris Rock routine there for a moment.  Actually, I don’t even know if she can pull off that angry black woman thing, but that’s exactly what we need at a time like this.  You think Weezy Jefferson would be putting up with some nerdy pasty white guy causing people to be thrown out of their homes?  I’d say not.  Isabel Sanford would have kicked DeMarco’s butt out into the street last summer before Labor Day. 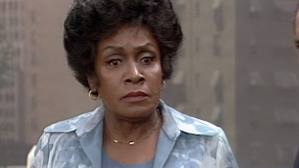 But, so help me Lord… if Kamala’s “request” accomplishes anything close to what she’s asking for, I’ll probably pass out, hot the floor, and have to be hospitalized for weeks as I sit in the bed mumbling all sorts of strange things to myself.

I mean, people have been abused, tortured, taken years off their lives no doubt, and some even taken their own lives, and all we had to do was get Kamala to request that he cut it out?  And she’s only just thinking of this now?  She couldn’t have come up with the “maybe I could ask him” idea last year?  Just what was it that caused her to have this epiphany right now anyway, and does she THINK that it might work?

Or, is she treating me like I’m a toddler with a learning disability who’s going to give her credit for trying.  “It’s okay, at least you tried.  Let’s give her a hand everybody, at least Kamala tried.  She’s looking out for us all… she’s trying… can’t argue with that… thank you Kamala.”

And what do you suppose is next… I mean if her request happens to fall on Ed’s characteristically deaf ears?  Is she going to try again, but with “pretty please and sugar on top?”  And what if that doesn’t do the trick either… “Simon says?”

Oh hell… you know what?  The bar’s so damn low nowadays, I’m starting to think… well, at least she did ask, and that’s a damn sight more than Governor Brown has done… or at least most of the House of Representatives and the entire United States Senate.

And our state legislature… do we still even have a state legislature?  Someone should run over to our state capital and see if everyone’s okay in there.  You don’t know… maybe they’ve all been gassed or someone poisoned the water supply and bodies are strewn across the floors in there, dead for weeks or even months… you don’t know, how would you know?  It’s been so quiet, I’d forgotten they even exist… maybe they’re all gone?

Alright, so never mind, Kamala… good job, thanks for thinking of us, we do appreciate it… and you’ll let us know if DeMarco says yes, won’t you?  We’ll just be waiting over here someplace… you have my number, right?  I’ll email my contact information just so you have it.

Sorry everybody… false alarm… Kamala’s asked, and that’s really all anyone can do… so, we’ll let you go back to bed now.  Lo siento.  Que’ se mejore pronto!